AJ Styles vs. Daniel Bryan for the Intercontinental Championship will take place in the main event of this week’s SmackDown. The title has been vacant since Sami Zayn was declared incompetent a few weeks after WrestleMania 36. The match has already been taped from the Performance Center in Orlando, Florida and will air in a taped format on this Friday Night.

Rumors have been doing around the match declaring the potential winner of the match based on a picture that appears to be fake in current circumstances. Some fans on Twitter shared a picture of the Intercontinental Championship having the custom side plates of Daniel Bryan. Some also claimed that Bryan’s wife Brie Bella posted it and thus implied that her husband is the new champion. We can assure you that the claiming is completely false.

Firstly, only the prime titles in the WWE that are the WWE Title, Universal Title, Raw, and SmackDown Women’s Title have side plates that get changed, according to the holders. The Intercontinental, United States, and the tag team titles don’t have any kind of side plates. Plus, the shared picture having the side plates are very old. These were the plates sed when Daniel Bryan won the WWE World Heavyweight Championship at WrestleMania 30 in 2014.

Additionally, the picture was first found on a WWE fan account on Instagram a few days ago, before the claims arrived that Brie Bella posted it that basically doesn’t make any sense. In reality, WWE mostly managed to prevent leak outs from the ongoing taped shows and hence no spoiler is available on the winner of Daniel Bryan vs AJ Styles match and the new Intercontinental Champion. 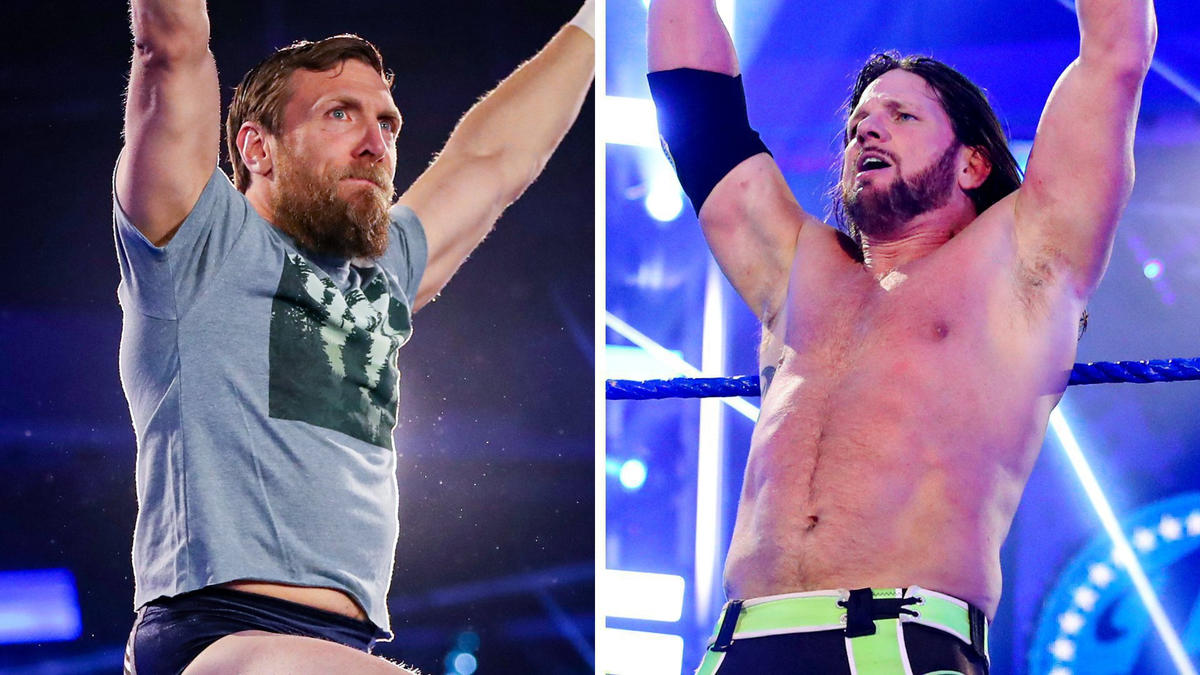 Daniel Bryan had the honor of holding the Intercontinental Championship back at 2015 WrestleMania where he won a ladder match to earn that title. Unfortunately for him, he had to relinquish the belt just a few weeks later as he suffered a neck concussion and thus was forced to retire. Styles never held this title and seems very much focused on capturing it. He is back on the SmackDown brand and wants to make it his house, again.