WWE Backstage aired on FOX, this week gave breaking news regarding the Intercontinental Championship, as reported earlier. For weeks now, we haven’t seen the mid-card title on the scene and the trigger was finally pulled on the champion. It was announced that Sami Zayn is not able to compete in the ring, currently and hence the WWE Intercontinental Championship is now vacant.

BREAKING NEWS:@SamiZayn is unable to compete and defend the Intercontinental Championship, therefore @WWE has declared the title vacant. A tournament to crown a new Champion will begin on Friday Night Smackdown on FOX. pic.twitter.com/5qZgUyL9rC

WWE will hold a tournament to determine a new champion, that begins on this Friday’s SmackDown. The bracket or the superstars to be in the tournament is yet to be disclosed. Sami took to Twitter following the announcement and issued a statement on the decision taken by the WWE,

“I disagree with this decision and no matter what anyone says, I am still undefeated and therefore still the Intercontinental Champion,” Sami wrote.

Sami Zayn was clearly playing his annoying heel character even on the social media after getting stripped of the prestigious belt. It is speculated in recent reports that Sami has been sandbagging his own push by opting not to attend the TV tapings at the WWE Performance Center in Orlando where most of his colleagues aren’t having a problem with it.

It should be noted that Sami Zayn has been away from WWE action since the WrestleMania 36 tapings. He retained over Daniel Bryan on that night which appeared to be his first title defence since winning the title at Elimination Chamber on March 8. He defeated Braun Strowman to win a singles belt after a long time. However, WWE’s try to put him over, using names like Strowman or Bryan didn’t come to fruition following his speculated bad decision. 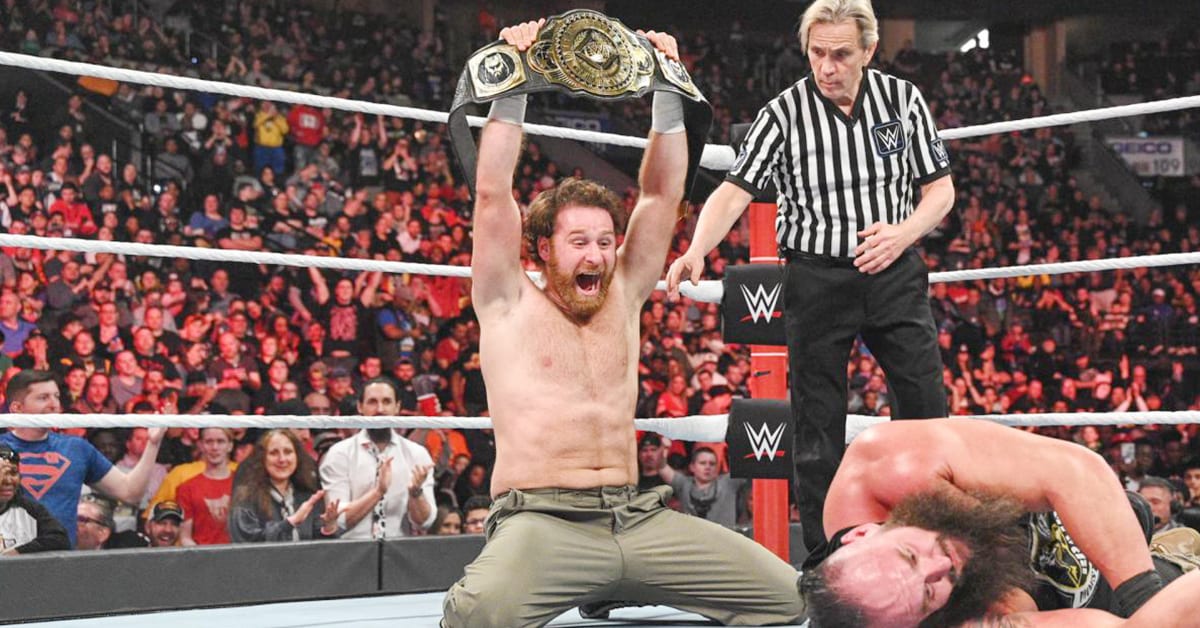 It’s been reported that Sami Zayn chose not to attend the WWE Performance Center tapings due to health concerns he has while working and traveling during the ongoing coronavirus pandemic.

WWE told employees a few weeks ago that they don’t necessarily have to work during the COVID-19 outbreak if they don’t want to. They won’t be facing any backlash over their decision and it would not be held against them in the future.