Bayley and Sasha Banks are the new WWE Women’s Tag Team Champions following last night’s Smackdown. As seen on the show on FOX, the main event witnessed Banks and Bayley capturing the titles from Alexa Bliss and Nikki Cross.

Banks pinned Cross to steal the win and become two-time tag champs. This made Bayley a double champion as she also possesses the SmackDown Women’s Title right now. 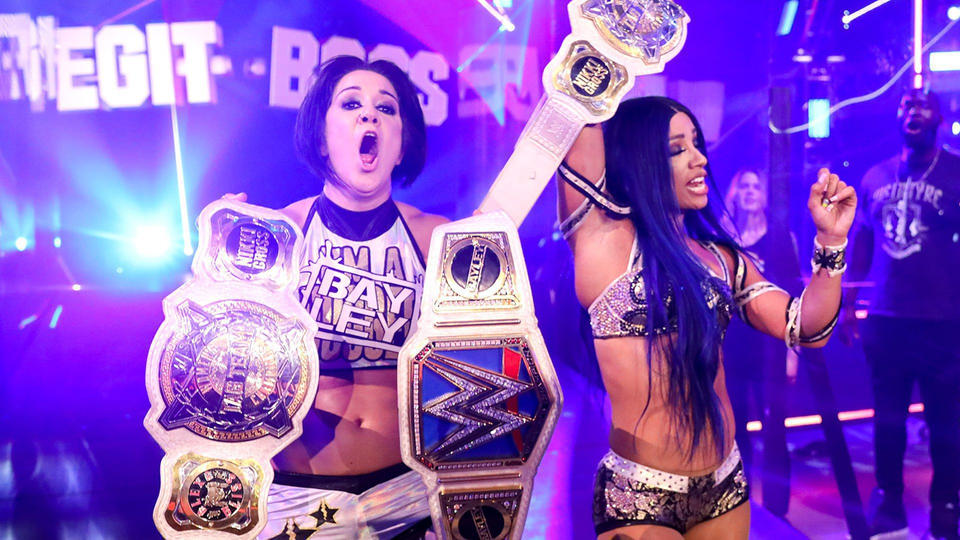 As mentioned above, this is the second reign with the championships for both Sasha Banks and Bayley as they were the inaugural champions. They won the belts by winning the first-ever Women’s Elimination Chamber match back in 2019 and then lost it to The IIconics – Billie Kay and Peyton Royce at Wrestlemania 35.

As for, Bliss and Cross, they won the titles back during Night One of WrestleMania 36 by defeating Kairi Sane and the current RAW Women’s Champion Asuka.

During the match, Sasha Banks and Bayley came up with all their heel antics to gain an advantage. Bayley climbed up to the top and then delivered a Bayley-to-Belly from the second rope. Banks came in with a running knee but Bliss still kicked out at 2 showing frustrations. Bliss managed to drop Sasha Banks on her head with a Sunset Bomb for another close 2-count in the middle of the ring.

She then tagged in Nikki Cross who hit a crossbody on Sasha Banks who came back with a Backstabber on her opponent. She reached for the tag but Bayley was still down on the floor. This created some sort of miscommunications between the duo but Banks hit yet another Backstabber on Cross and went for the crucifix pin. Bliss tried to save her partner but Bayley prevented her from entering the ring. 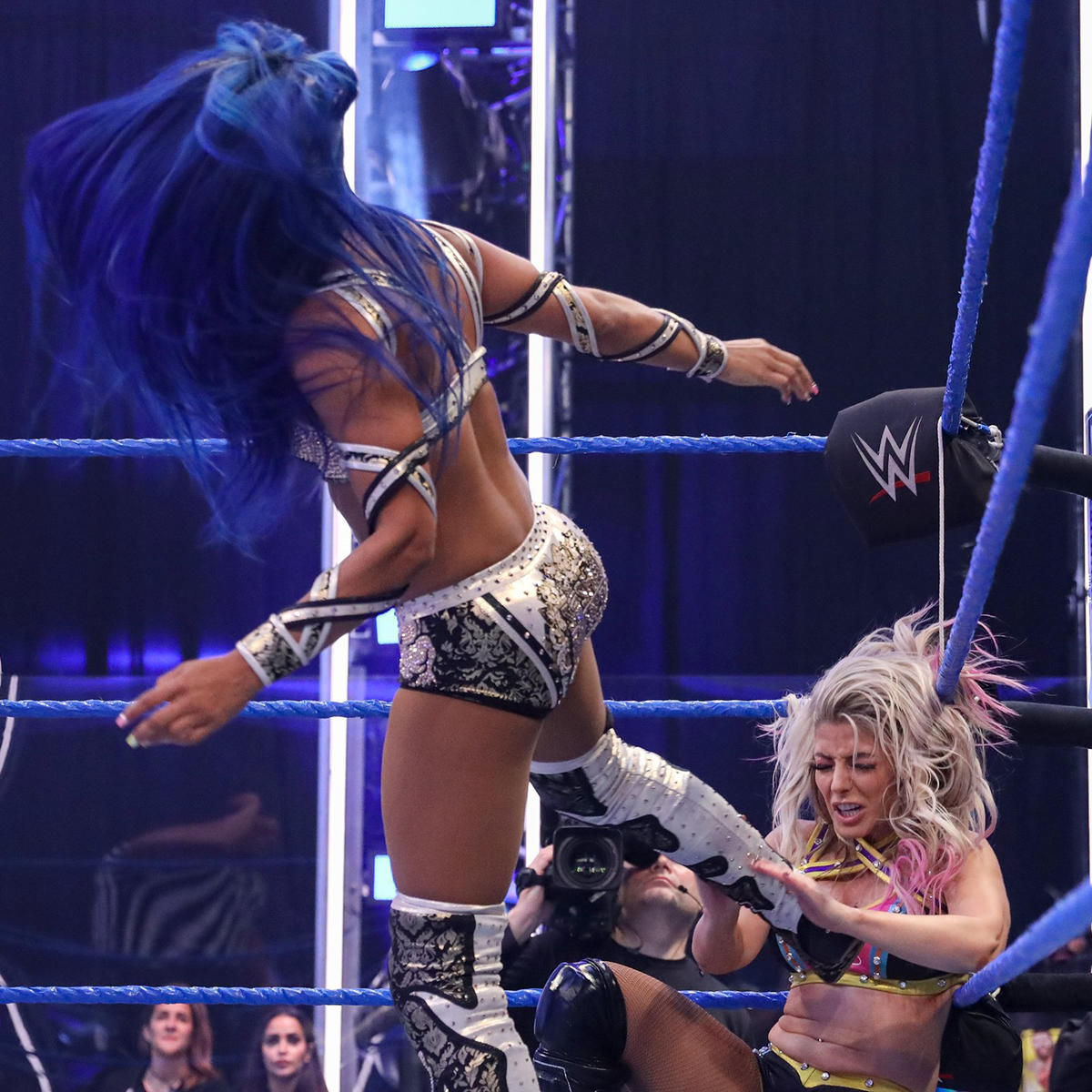 The referee counted three and declared Sasha Banks and Bayley as the new Women’s Tag team Champions. The heel duo celebrated all around the ring and the ramp before heading to the back. They had a post-match shoot after which Banks boasted on Twitter saying,

“Goodnight to the champ, the conversation, the leader, the blueprint, the standard, and the legit boss only!!!!”

Don’t get too comfortable with those titles ladies!! We still have our eyes on joining the x2 time champs party 👀🏆 #TheIIconics https://t.co/mbhGWbU44H

Billie Kay of The IIconics then took to Twitter and issued a warning to new WWE Women’s Tag Team Champions Sasha Banks and Bayley saying that they have a goal to defeat them again and become new champs, soon.