Whereas last week’s WWE RAW served as the go-home show for Super ShowDown, this week, we will see the final buildups for the Elimination Chamber pay-per-view which takes place this Sunday. Ahead of the last stop before WrestleMania 36, WWE would like to boost up the ongoing storylines by presenting a packed show. It will be headlined by none other than the WWE Champion Brock Lesnar who’d make his presence felt.

WWE Hall of Famer Beth Phoenix will also be making a rare appearance on the show addressing her husband Edge’s current physical condition. A huge tag team action will also be on the card marking two big returns. Also, The Phenomenal One will be seen in action in a fresh match against the Dutch Destroyer. Plus, more hypes around Elimination Chamber will follow when WWE Raw airs from the Barclays Center in Brooklyn, New York.

Brock Lesnar defended his WWE Championship in style against Ricochet at WWE Super ShowDown in a match that lasted for barely a couple of minutes. This could be a spoiler for his WrestleMania challenger Drew McIntyre. Now that Lesnar’s appearance has been made official on WWE Raw, we predict these two could come face to face to drop more previews for what could be the scene at the biggest stage of them all. 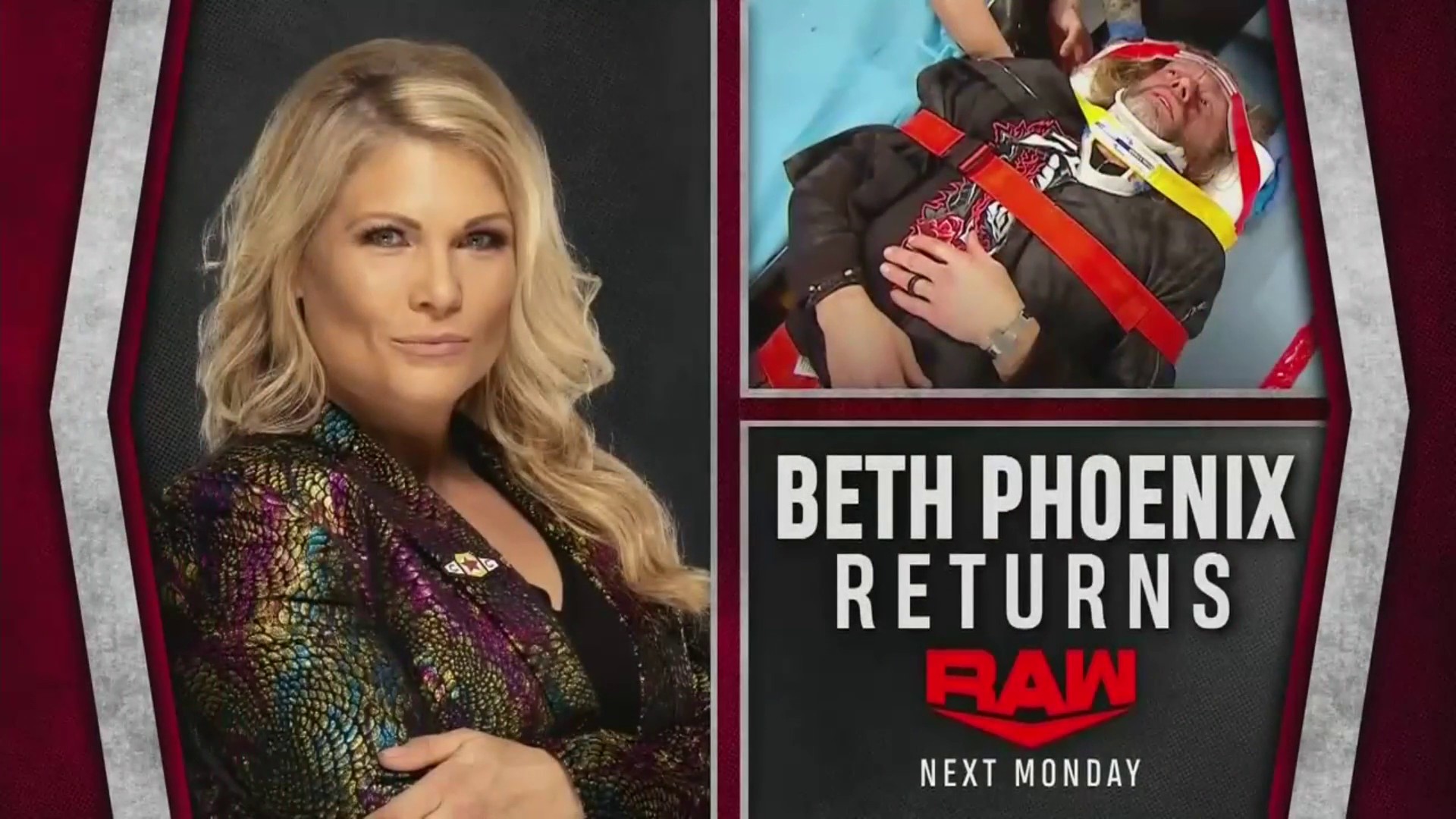 We have not heard from Edge’s side since the devastating attack by Randy Orton on the post-Royal Rumble edition of WWE Raw except for the fact that he is recovering from the attack at home. But what could be in-store for his in-ring future? To note in this regard, we will have Edge’s wife Beth Phoenix in the house,

“The Glamazon — a WWE Hall of Famer in her own right and wife of the injured Edge — will return to Team Red to provide a medical update on the former WWE Champion. Phoenix has provided no clues as to which way things are headed, but one way or another, the WWE Universe will have answers as to what lies ahead for the legendary Superstar … if not the motivation of the man who put him out of action in the first place.”

WWE To Make Edge Vs. Randy Orton A Gimmick Match At Wrestlemania 36 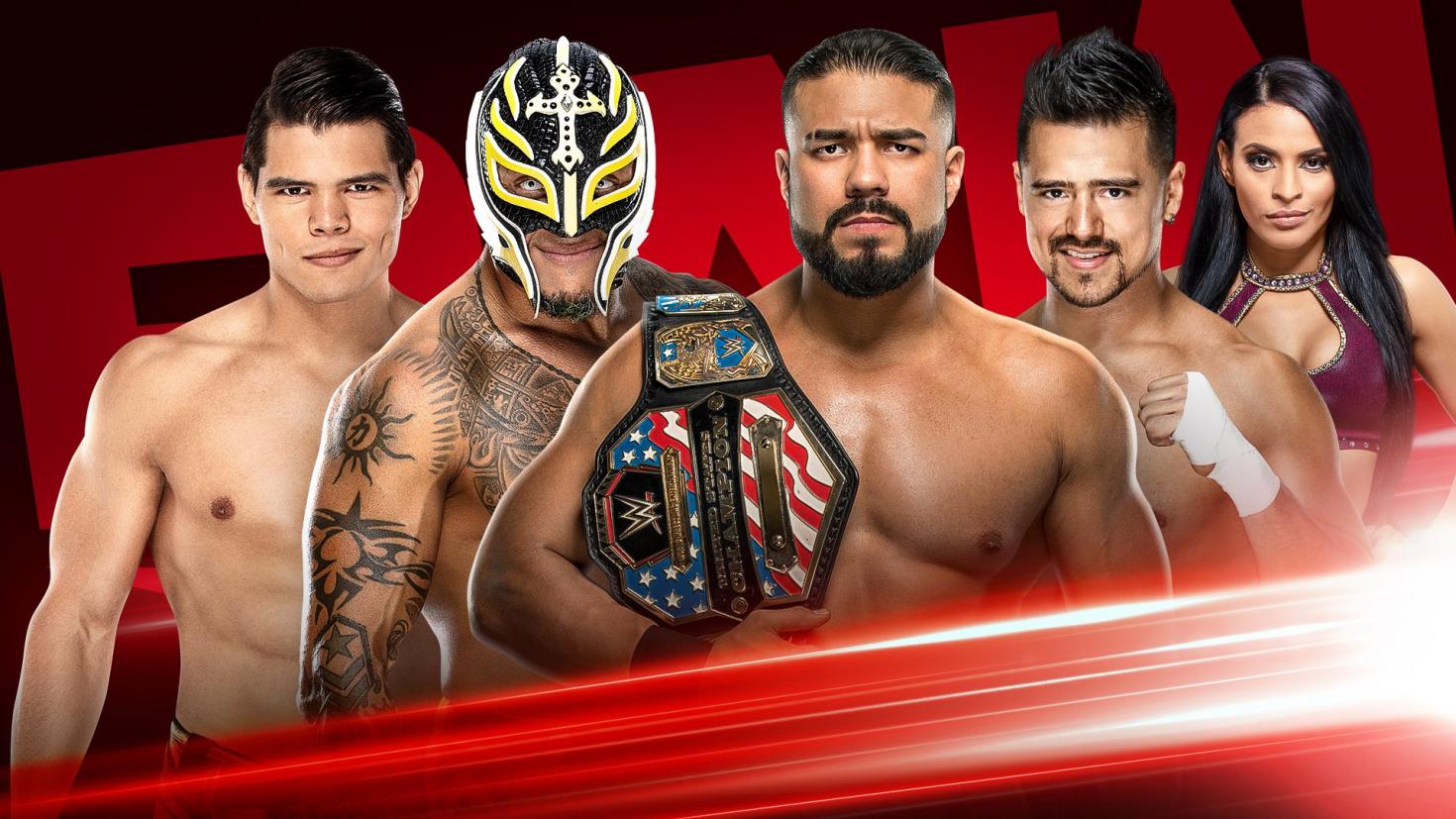 WWE United States Champion Andrade has not been seen on the flagship show for the past several weeks as he was serving a suspension period of 30 days for violating WWE’s rulebook. He comes back to action on tonight’s WWE Raw in a big tag team match.

WWE legend Rey Mysterio is also returning to action via this match up which features the Mexican talents, only. As advertised from last week, Andrade will team up with Angel Garza to take on Rey Mysterio and Humberto Carrillo.

AJ Styles promised to win the Tuwaiq Mountain Trophy at WWE Super ShowDown with The OCs backing him up. But a certain Deadman ruined all of those plans by returning on the WWE programming. It must have started the earlier predicted storyline between the Undertaker and Styles.

As for tonight, the Phenomenal One will have to deal with the King of the Black Masses. Last week, a vicious attack followed by the OC on Aleister Black which produces a match on tonight’s WWE Raw,

“An ambush by The O.C. couldn’t stop Aleister Black from defeating Erick Rowan, but it did help The Dutch Destroyer figure out his next opponent. The former NXT Champion will battle AJ Styles in the Phenomenal One’s first in-ring action on Raw since suffering a shoulder injury in the Men’s Royal Rumble Match. The question now becomes which of these men is in better condition to win said fight.” (courtesy WWE.com)

Also, the buildups for Elimination Chamber will continue revolving the women’s division matchup that determines the WrestleMania challenger for the WWE RAW Women’s Champion Becky Lynch.

The three former members of Riott Squad, Women’s Tag Team Champion Asuka, Natalya and last but not the least Shayna Baszler will be on a mission to make a statement on the show before heading into the history-making gimmick match on this Sunday.

As first reported by @nypost, @QoSBaszler steps into the squared circle against @WWEAsuka tomorrow night on #RAW!https://t.co/eKLfs3CkWj

But that’s not all as two of them will also lock horns in a singles contest, tonight. The former WWE NXT Women’s Champion Shayna Baszler is all set to make her in-ring debut on WWE Raw against Women’s Tag Team Champion Asuka. These two had already planted seeds of this match during last week’s contract signing segment.

Another heated match should go down on the show in Brooklyn where WWE Raw Tag Team Championships will be put on the line. Seth Rollins and Murphy have successfully defended the belts against Montez Ford and Angelo Dawkins.

But the hungry challengers will get another shot to the belts, tonight as Rollins and Murphy are scheduled to compete in the rematch from WWE Super ShowDown, according to the latest announcement from WWE.com. Also, the 24/7 Champion Riddick Moss will put his title on the line in a match against an undeclared opponent after winning the gold from Mojo Rawley.