A packed edition of WWE RAW is waiting for us to create some major hypes for the Extreme Rules 2020 pay-per-view event. Tonight is also being tagged as a Championship Monday night where four titles from Raw division will be on the line. The major one of those is going to be WWE Raw Women’s Champion where Asuka defends against Charlotte Flair.

The Women’s Tag Team Championships will be on the line where Sasha Banks and Bayley face the IIconics. WWE Raw tag titles and the 24/7 title will also be on the line continuing the existing rivalry. Legendary Rey Mysterio returns tonight after several weeks of hiatus whereas WWE Hall of Famer Ric Flair will also be on the show that takes place at the WWE Performance Center in Orlando, Florida.

The championship night of WWE Raw will be headlined by The Queen and the Empress of Tomorrow. The Raw Women’s Championship will be on the line when Asuka defends her title against Charlotte Flair that is going to the be the third bout between them in one month of time span.

The title bout was given to Charlotte Flair after she went on a rant to anyone who dared to call her ‘entitled’. She also noted how she was yet to receive a title opportunity, even after pinning Asuka twice in the last two matches. The champion is coming off a fresh victory over Nia Jax from last week’s WWE Raw and it’ll be interesting to see whether she can successfully defend against Flair. 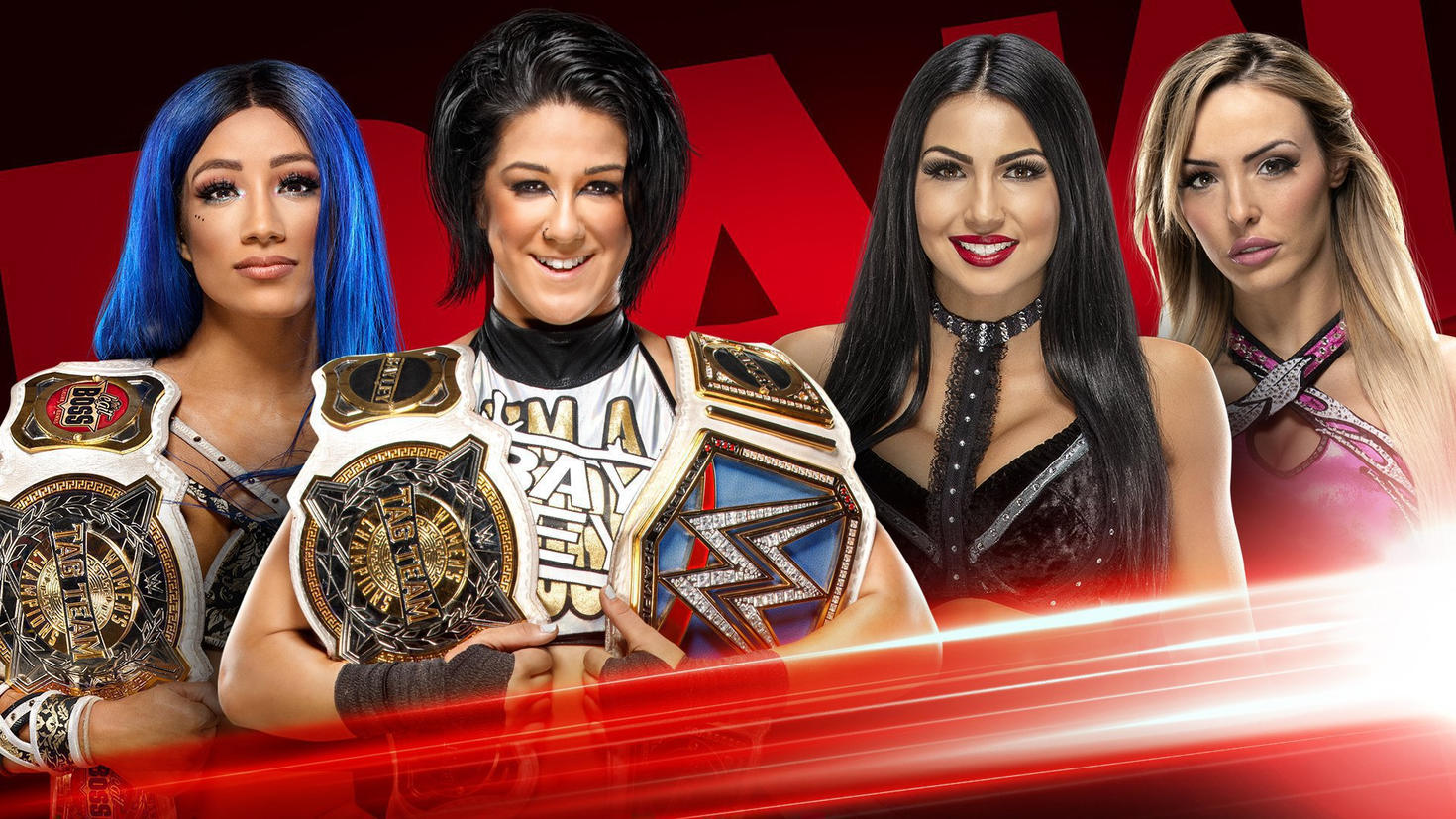 WWE Women’s Tag Team Champions Sasha Banks & Bayley had a successful title defense on last week’s NXT. But they won’t have time to enjoy that as they have to put those belts on the line again on WWE Raw against The IIconics.

Billie Kay and Peyton Royce confronted them last week while they were trying to celebrate the SmackDown Women’s Champion’s birthday and threw a challenge. The champions didn’t deny after receiving a slap from Royce and thus the title match will go down on the show.

The third title match takes place between The Street Profits who’d finally put the belts on the line against Erik and Ivar of the Viking Raiders. These two have faced off each other in numerous other sporting events except for wrestling. So now it’s time to prove their potential inside that squared circle.

In the latest announcement from WWE Raw, it was confirmed that WWE 24/7 Champion R-Truth will defend against Akira Tozawa, who will have his mystery ninjas with him. These two had shared a brief moment, last week as Akira was eying the 24/7 belt. With the giant ninja by his side, we shouldn’t be surprised if a title switch is reserved during this match. 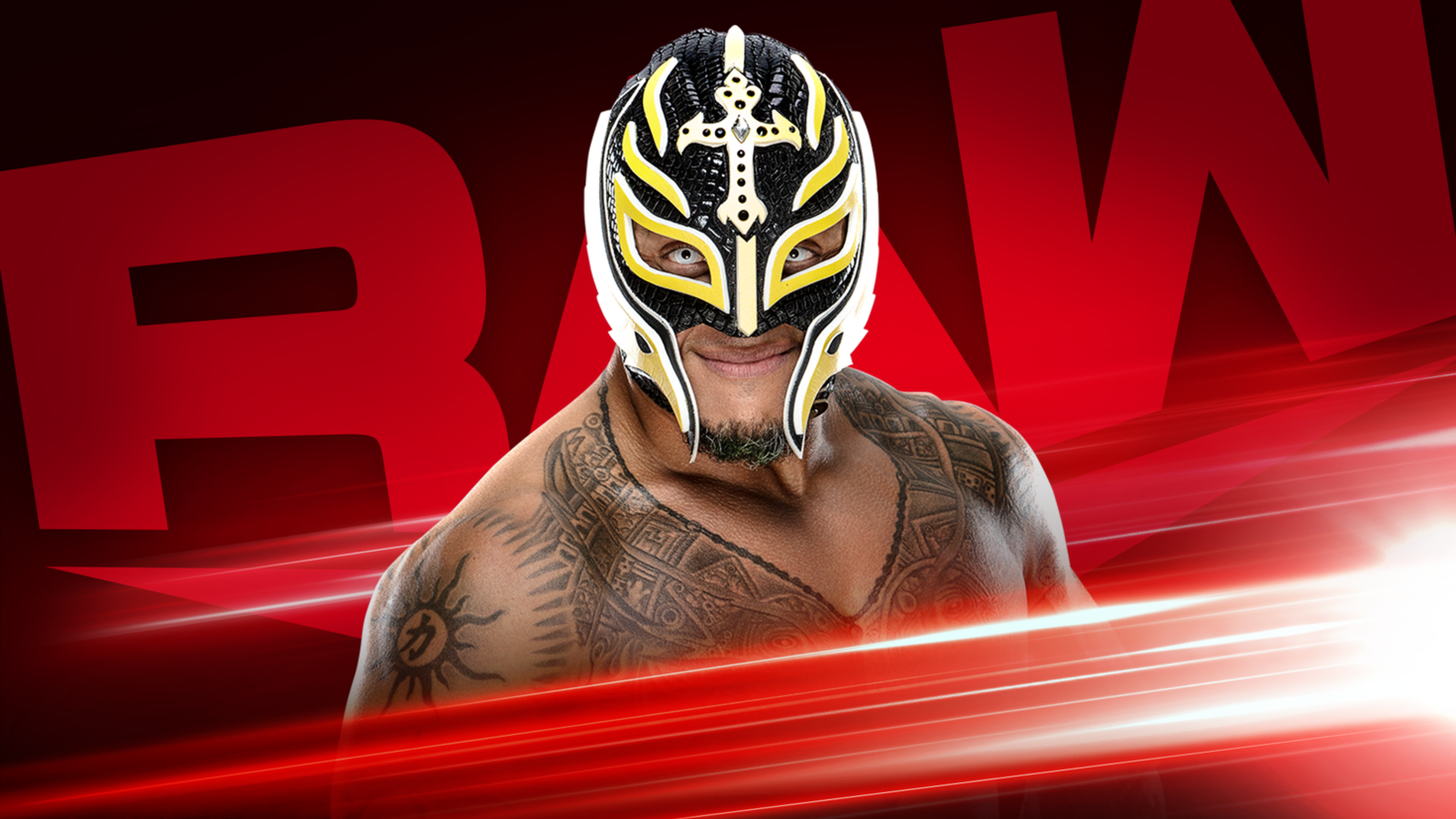 Rey Mysterio wasn’t seen on WWE Raw since he suffered a gruesome eye injury at the hands of Seth Rollins, a month ago. The legend will return to the show, tonight to seek vengeance against the Monday Night Messiah, as promised by him in recent promos. Last week, Dominik delivered a blindside attack on Rollins and co and escaped the scene which ensures that the heel faction will remain alert as they can sense payback is on the horizon.

It was also announced that WWE Hall of Famer Ric Flair will return to WWE RAW to crown Randy Orton the greatest wrestler after his recent Backlash win over WWE Hall of Famer Edge in “The Greatest Wrestling Match Ever”.

Last week, Flair helped Orton to get a win against Christian by hitting the latter with a low blow. This signals that Christian might be gearing up for a potential bout against Randy Orton at Extreme Rules. More on the future story should get clear when Monday’s hottest show airs on the USA Network from the PC.