The go-home episode of WWE Raw for 2020 Backlash pay-per-view aired with The Peep Show being the headliner where Edge and Christian reunited. The new women’s tag champions appeared on the show to set up a triple threat tag match also featuring Charlotte and Asuka. Check out the results from the show that took place at the WWE Performance Center in Orlando, Florida. 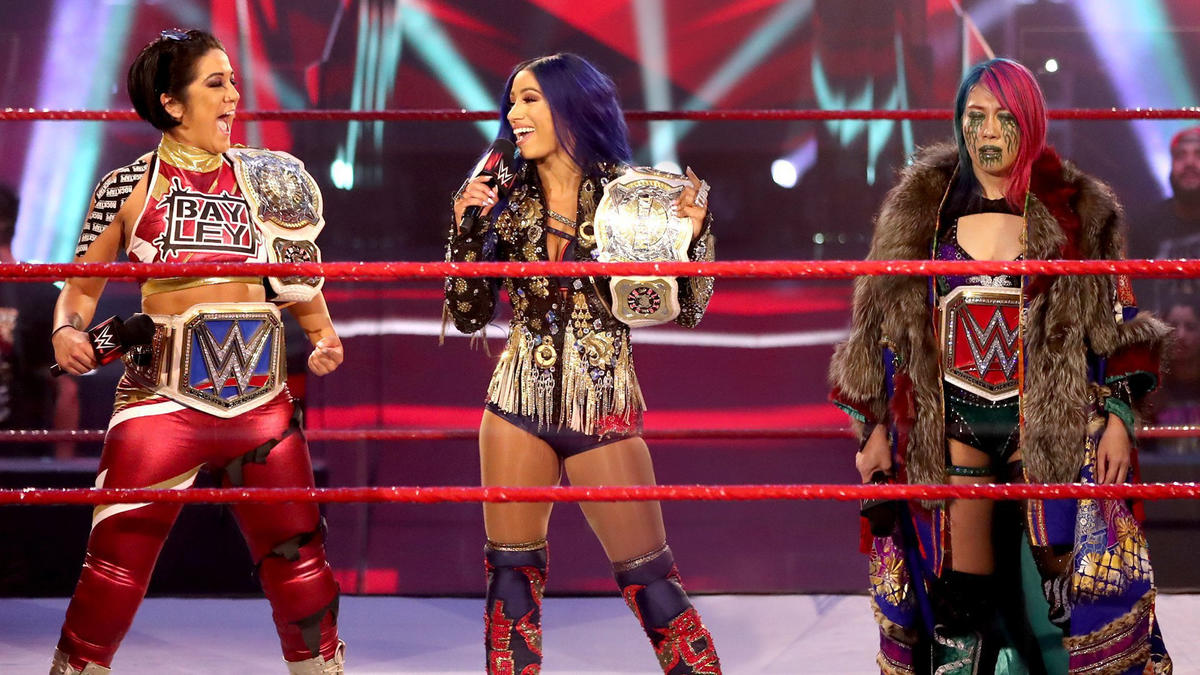 Asuka vs Charlotte Flair was scheduled to open WWE Raw. But women’s tag team champions Sasha Banks and Bayley interrupted Asuka in the opening sequence. Charlotte Flair and The IIconics followed them to the ring to create a huge brawl and the opening triple threat match of the night.

The IIconics vs. Sasha Banks and Bayley vs. Asuka and Charlotte Flair was the lineup that went down on WWE Raw. Flair gave a big boot on Billie Kay and went for a Moonsault when Asuka tagged in and locked in the Asuka Lock to pick the submission hold. After the match, Charlotte Flair delivered a clothesline on Asuka and taunted her with the Raw Women’s Title before leaving.

Rey Mysterio appeared on WWE Raw live via satellite and Seth Rollins had a conversation with him. Rollins invited Mysterio and Dominik to Raw, next week. Rey informed he will show up only when doctors will medically clear him. Aleister Black came out and kicked Rollins from the back to end the segment. 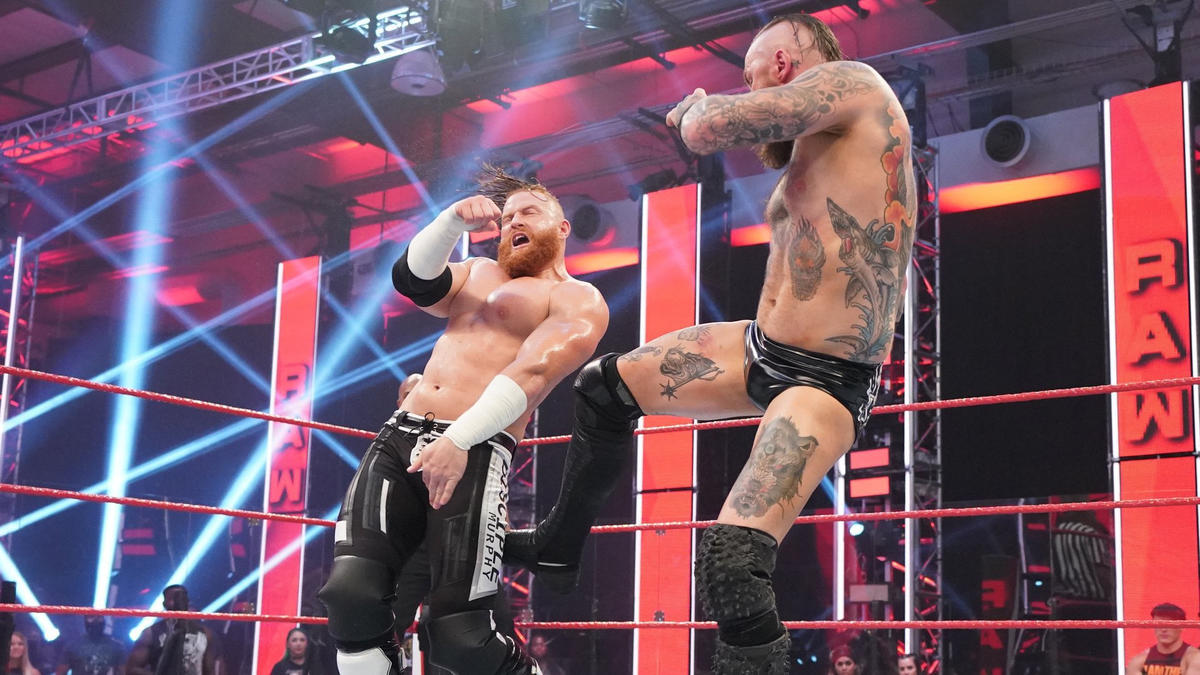 Austin Theory and Murphy vs. Humberto Carrillo and Aleister Black was the next tag match on WWE RAW. Carrillo delivered a high flying move to send Theory to the barrier whereas Black planted Murphy with a big kick to win the match. After the match, Rollins came out distracting Carrillo and Black. Theory and Murphy capitalized on it and downed the two babyfaces. Rollins delivered a Stomp in Black to finish the attack.

Christian returned on WWE Raw to host the Peep Show with guest WWE Hall of Famer Edge and tried to fire him up for the Greatest Wrestling Match Ever at Backlash. He even mentioned Edge’s late mother to intensify the moment. Randy Orton appeared on the big screen and taunted Edge for sometimes as Edge left the ring to end the segment. 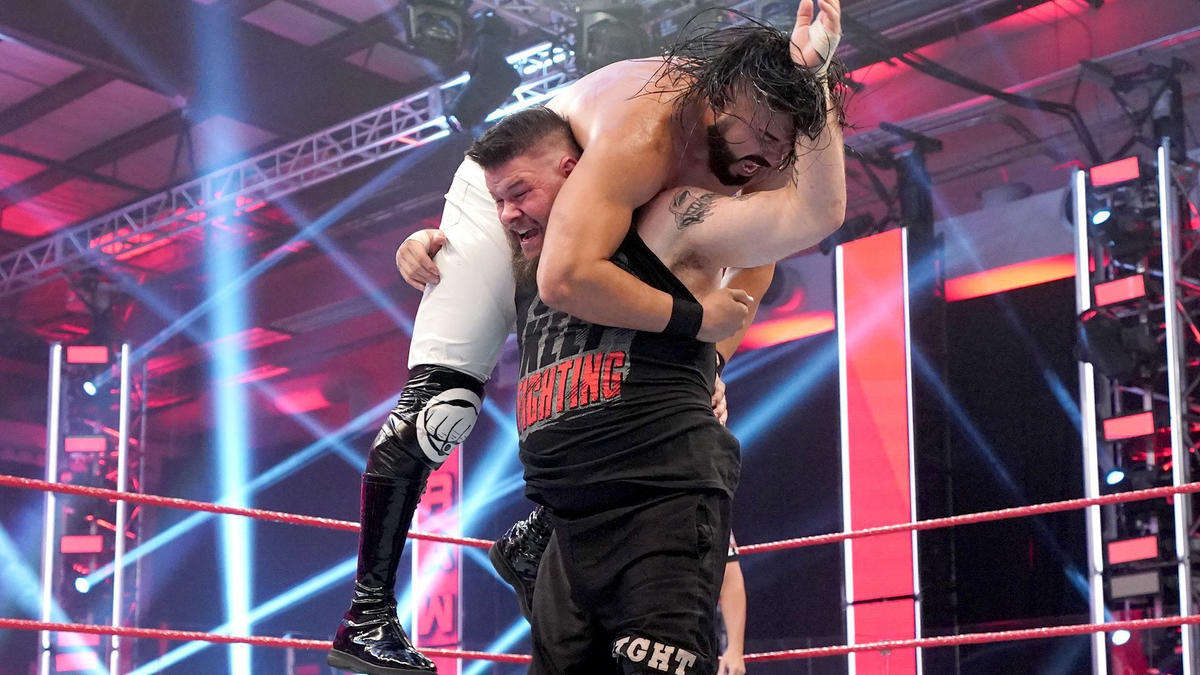 A Triple Threat Match for the #1 Contendership over WWE United States Title went down on WWE Raw with the lineup of Kevin Owens vs. Andrade vs. Angel Garza. Owens attacked the two heel opponents to seek redemption from last week. Owens blocked a Wing Clipper from Garza and hit him back with a Stunner. Andrade came from the back and sent Owens out of the ring to steal the pinfall win. He will now face Apollo Crews for the US title at Backlash.

MVP hosted another episode of the VIP Lounge on WWE Raw. As he was about to introduce Bobby Lashley as his guest, WWE Champion Drew McIntyre appeared to have some words with him. Lashley then appeared in the ring and confronted McIntyre who dropped MVP with a Glasgow Kiss Headbutt.

MVP and Bobby Lashley vs. The Viking Raiders took place next on WWE Raw that saw Lashley dominating the scene. He leveled Ivar with a big Spear and then applied the Full Nelson on Erik to get the submission win. After the match, McIntyre hit a Claymore Kick on Lashley to send him out of the ring.

How do you break @fightbobby's Full Nelson? 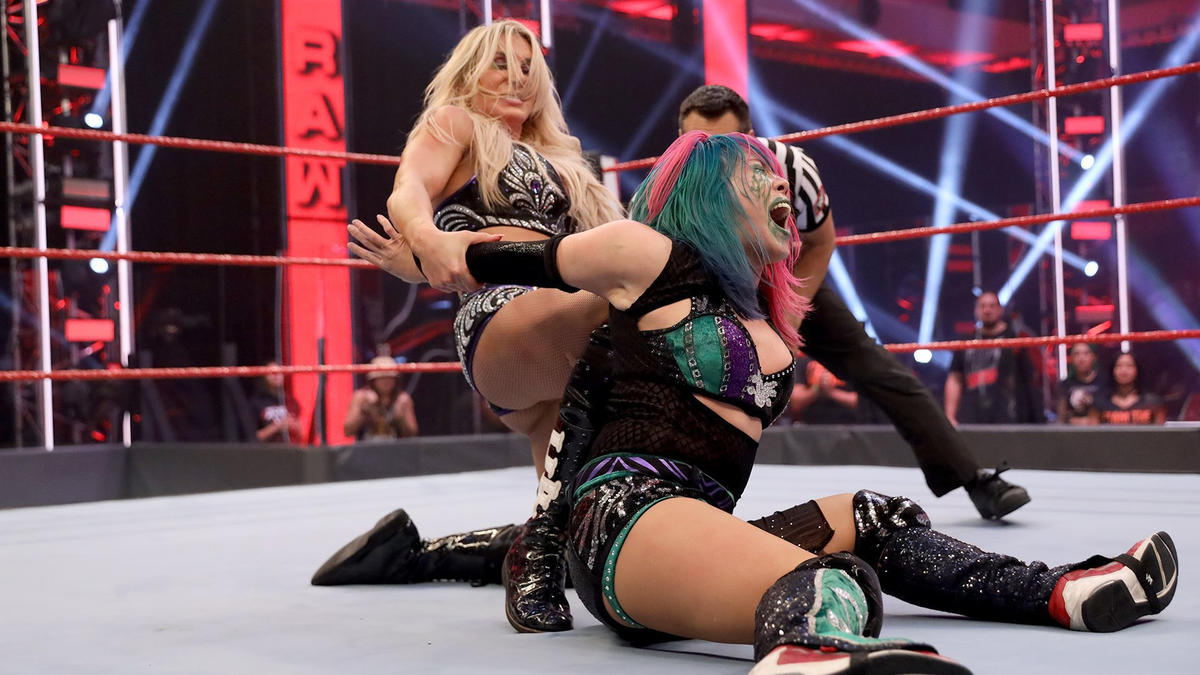 Charlotte Flair vs Asuka was the main event match of this week’s WWE RAW. Women’s Tag Team Champions Sasha Banks and Bayley joined the commentary table during the match. The IIconics suddenly attacked them from behind and destroyed them with the Fall of Grace from the announce table.

In the match, Charlotte gave a huge spear on Asuka for a nearfall. Asuka tried to apply the Asuka Lock but Flair got rid of it. Asuka gave her a kick on the head when Nia Jax appeared on the ramp. Asuka downed her with a Hip Attack but Flair delivered a big boot on Asuka’s face using the distraction to get the win. After the match, Jax gave a Samoan Drop on Asuka to stand tall and send WWE Raw off the air.