AJ Styles is all set to defend his WWE Intercontinental Championship for the second time during his reign on next Friday’s episode of SmackDown. It was announced this week’s show that Matt Riddle will be challenging the champion, next week for the title.

This match was set up after Riddle recently pinned AJ on the very same day he was making his blue brand in-ring debut, coming over from NXT. It was a non-title affair. 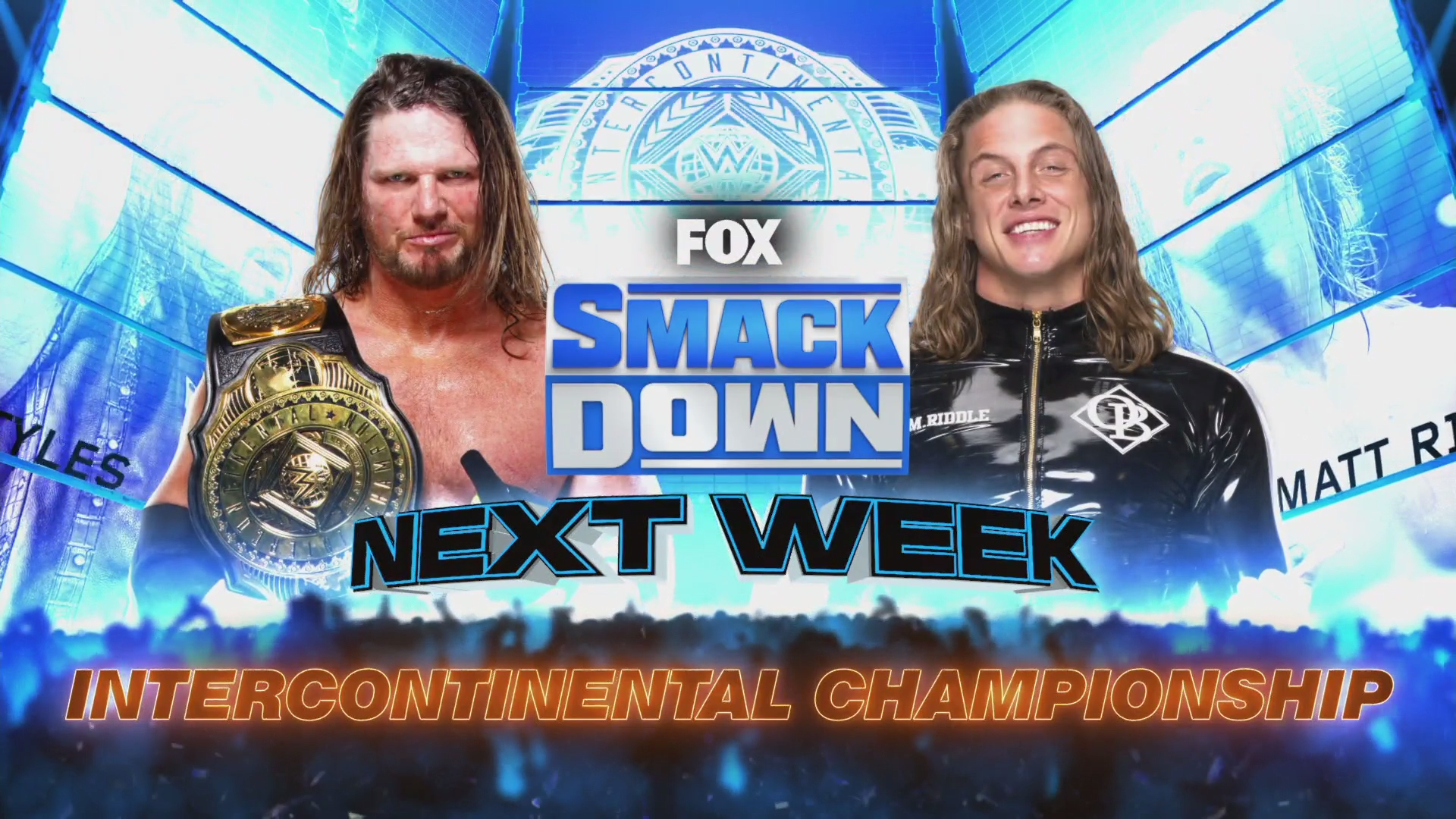 Last week on Smackdown, AJ Styles had a dominant title defense against Drew Gulak who will now put his title run in the test while defending against The Original Bro.

We should note that this match was originally rumored for either Extreme Rules or Summerslam PPV. But it seems, WWE has some other plans regarding the feud as they preponed the match over on Smackdown.

We should also note that next week’s Smackdown will mark the go-home episode for Extreme Rules PPV and so will be Monday Night Raw, as well. Thus, WWE has announced more big matches for Monday’s red-brand show. The night has now been dubbed as a big Grudge Match night.

A plethora of matches has been announced on this week’s episode of Smackdown for the next episode of Raw. Randy Orton will face WWE 24/7 Champion R-Truth in a non-title match. These two had a confrontation, last week that led WWE to confirm the bout. As of now, it seems, Orton is gearing up for a match at Extreme Rules.

In another big match announced on Smackdown for Raw, Seth Rollins will face Kevin Owens. It will be a rematch from Wrestlemania 36 where Owens picked up the win. Rollins is set to face Rey Mysterio at Extreme Rules in an Eye for an Eye match. There will also be an Elimination Match where The Viking Raiders will compete against Angel Garza and Andrade.

A women’s tag team title match was already announced for Raw on this past Monday which makes the overall lineup as below,

– The Viking Raiders (Erik & Ivar) vs. Andrade and Angel Garza in an Elimination Match