Another packed episode of SmackDown is expected, this week that should help to build the hypes for Extreme Rules 2020. The headliner of the show is the Phenomenal AJ Styles who will be seen defending his Intercontinental Championship for the first time since winning it, two weeks ago.

The Universal Champion will be on the show to address Bray Wyatt whereas the SmackDown women’s championship scene will also be addressed. Additionally, the rivalry between Jeff Hardy and Sheamus continues as the latter throws a toast to the Charismatic Enigma when SmackDown airs from the WWE Performance Center in Orlando, Florida. 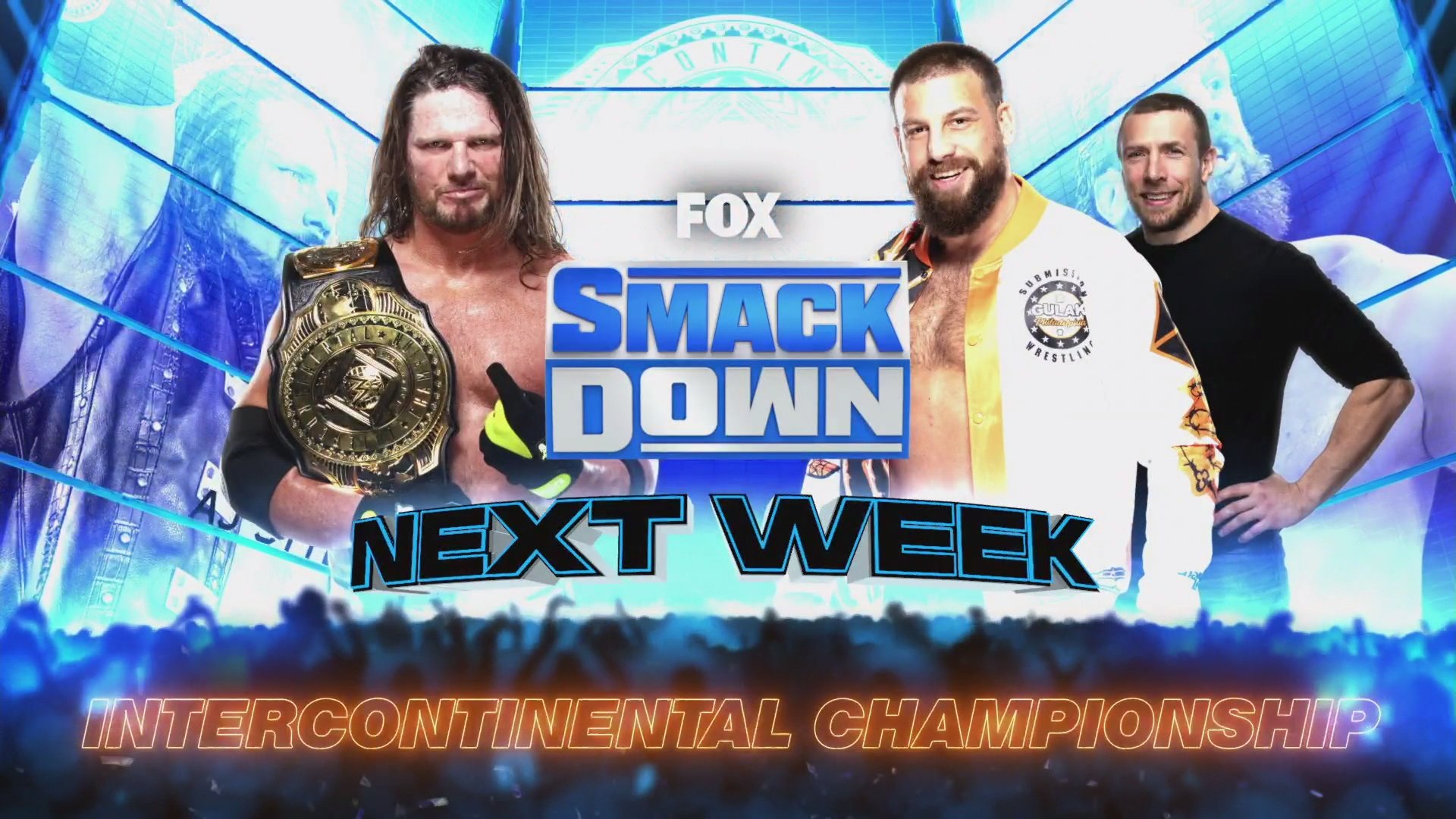 Styles defeated Daniel Bryan in an epic showdown on SmackDown, a couple of weeks ago. He ushered in a new era in a boastful way to start his first Intercontinental Title reign. But the overconfidence cost him too bad as he ended up losing a non-title match against Matt Riddle.

Things got even worse as Daniel Bryan reminded that his training partner Drew Gulak has also scored one non-title win over Styles, a few weeks ago. Thus, he deserves an Intercontinental title shot which is why the title match will go down on SmackDown. The expectation is that Styles will go through a successful title defense to move on from the initial bump on the road.

Bray Wyatt returned last week on SmackDown sending an ominous message to the Universal Champion Braun Strowman. The head of The Wyatt Family was back surprising the Monster Among Men that already prepared the seedbed for a championship match at Extreme Rules.

As per the current reports, WWE is moving towards a cinematic match at the pay-per-view which should be confirmed when Strowman addresses the Eater of the World, tonight.

One half of the SmackDown Women’s Tag Team Champions, Sasha Banks has moved to the title picture over on Raw. The other half, Bayley is still waiting for her next opponent who she’d face at Extreme Rules.

As per the short backstage segment from last week, multiple names are gunning for the contender’s spot that could set up a multi-person match. The winner will be declared the new challenger for Bayley’s title.

Another match from SmackDown could be made official for Extreme Rules, which is made out of pure hatred. As seen last week, the verbal war between Mandy Rose and Sonya Deville reached the limit.

They couldn’t contain and get into a fight, right away. It’s pretty clear that this rivalry will have to culminate through a pay-per-view event and what better way to do that by announcing a gimmick match between them on July 19th. 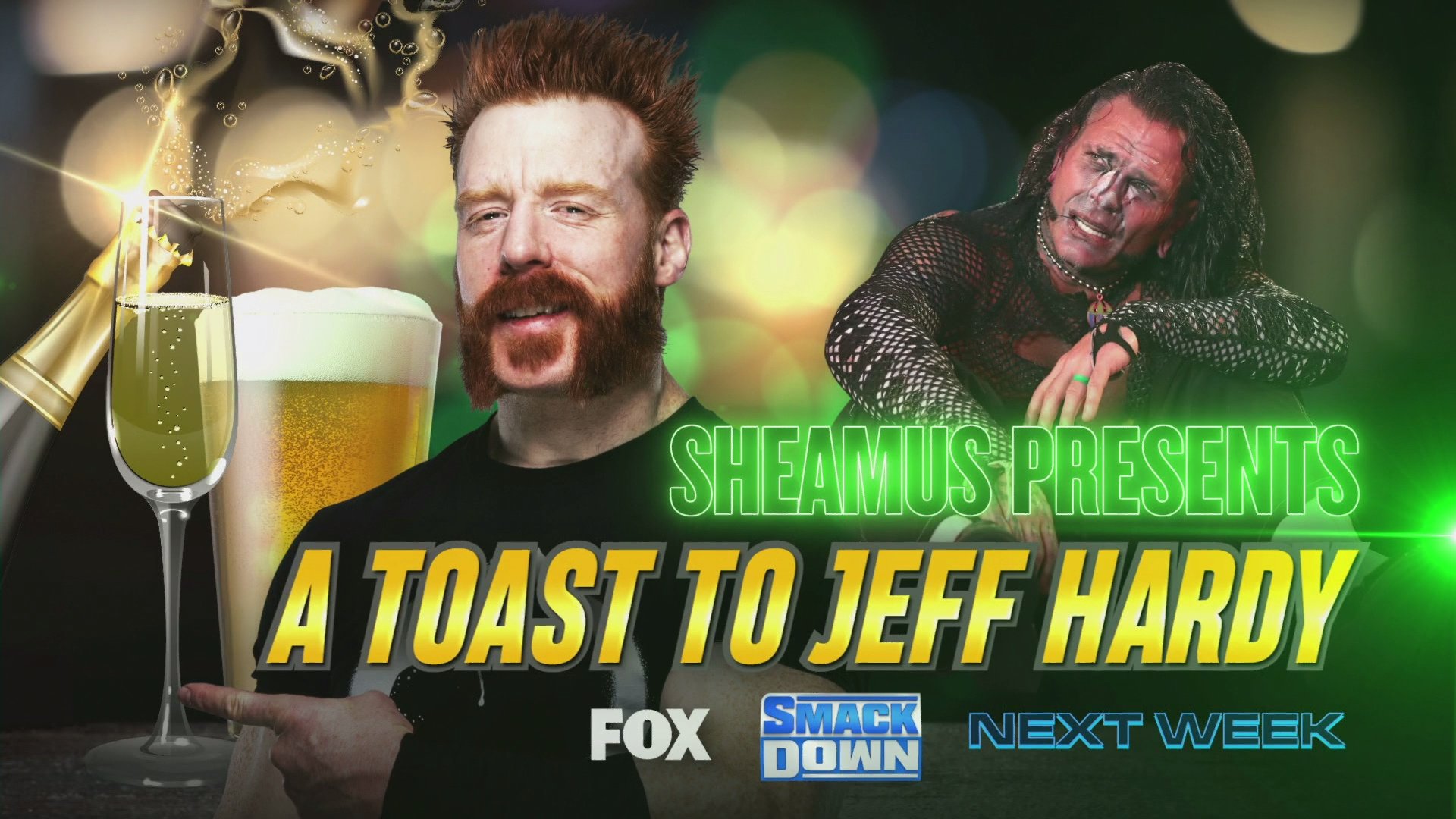 Sheamus’ win at Backlash was supposed to be the end of his rivalry against Jeff Hardy. But now The Celtic Warrior is ready to raise a toast to The Charismatic Enigma on SmackDown.

This came in response to a passionate interview from Hardy that was conducted, last week. Hardy seems ready to be back in a winning path overcoming all the obstacles in his path. How would he respond to an overconfident Sheamus? We’ll find out when SmackDown airs from the PC, tonight.