The first global PPV event of 2020 took place last night in Saudi Arabia namely the Super Showdown. A historic women’s division title match was on the card whereas both the tag team championships were also on the line. The first-ever Tuwaiq trophy winner was crowned whereas the WWE and Universal Championship were also defended on the show. Check out the results from the night that was hosted at the Mohammed Abdou Arena at The Boulevard in Riyadh, Saudi Arabia.

WWE Superstars To Leave Saudi Arabia Together After Super Showdown 2020

R-Truth eliminated Bobby Lashley after the latter one missed a spear. Andrade was next pinned by Truth after an accidental collision. Rowan next eliminated himself by sending Truth into steel steps. AJ Styles then tapped out Truth to the Calf Crusher. Rey Mysterio never came out as The OCs attacked him, backstage. The Undertaker made his surprise return and delivered a Chokeslam on Styles to win the Tuwaiq Mountain Trophy at Super ShowDown.

John Morrison and The Miz vs. The New Day (c)

The Miz planted Big E with a Skull Crushing Finale but E kicked out of that. Miz followed up with YES kicks and two running knees. He missed the third one and landed on the turnbuckle. E tagged in Kofi who tangled with the Miz. Morrison hit Kofi with a steel chair from outside the ring while the referee was not seeing. Miz rolled up Kofi to pick up the win and become new SmackDown tag team champions at Super ShowDown.

Garza took initial control throwing his pants on Carrillo and nailing a kick on him. Carrion came back with a Superkick and a Destroyer. But he missed a top rope Moonsault allowing Garza to roll him up for the win. 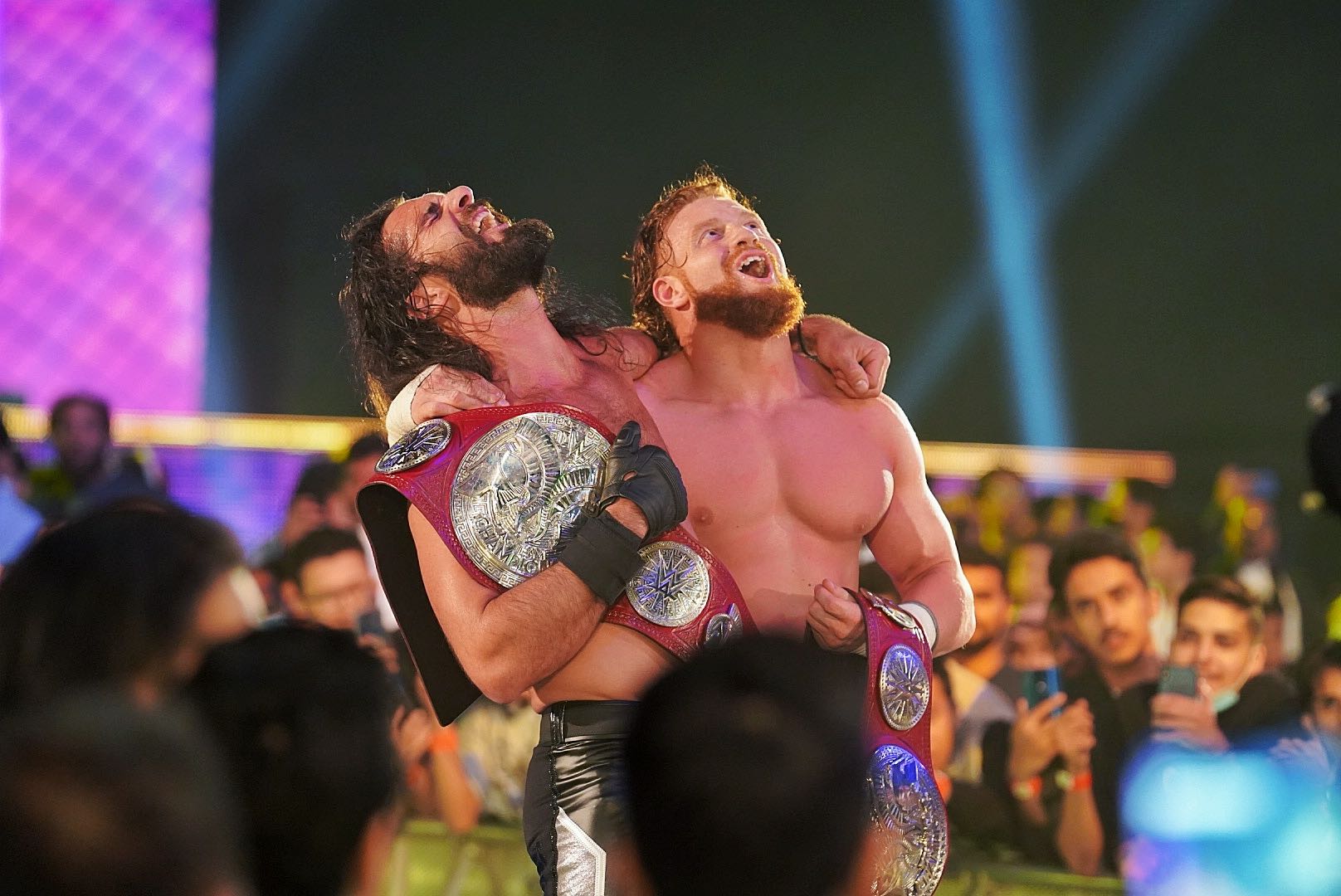 The Street Profits vs. Seth Rollins and Murphy (c)

Dawkins started the match with a big spear and tagged in Ford to hammer away on Murphy. Somehow Murphy managed to tag in Seth Rollins who brought momentums back hitting a Falcon Arrow and a Buckle Bomb. The challengers then hit a DDT on the champions. Murphy hit back with a Big Knee on Dawkins and distracted the referee. Rollins hit a Stomp which allowed Murphy to cover for the pinfall victory at Super ShowDown.

Ziggler controlled the early part of this fresh bout at Super ShowDown with offenses like Neckbreaker. He also hit a Zig-Zag on Monsoor for a two-count. The hometown hero countered with an inverted Sliced Bread into a big DDT for a pop. He followed up with a Moonsault to get the win.

The WWE Title match at Super ShowDown ended in a quick way as Lesnar executed three German Suplexes and then hit the F5 to get an easy win.

Roman Reigns unloaded on Corbin to get rolling in this match until the latter countered with a Deep Six and then hit the Chokeslam. He tried to escape the cage but Reigns blocked his path and hit a Superman Punch leaving Corbin trapped on top between the cage and the ropes. Reigns delivered another Superman Punch with chains around his fist to get the win. 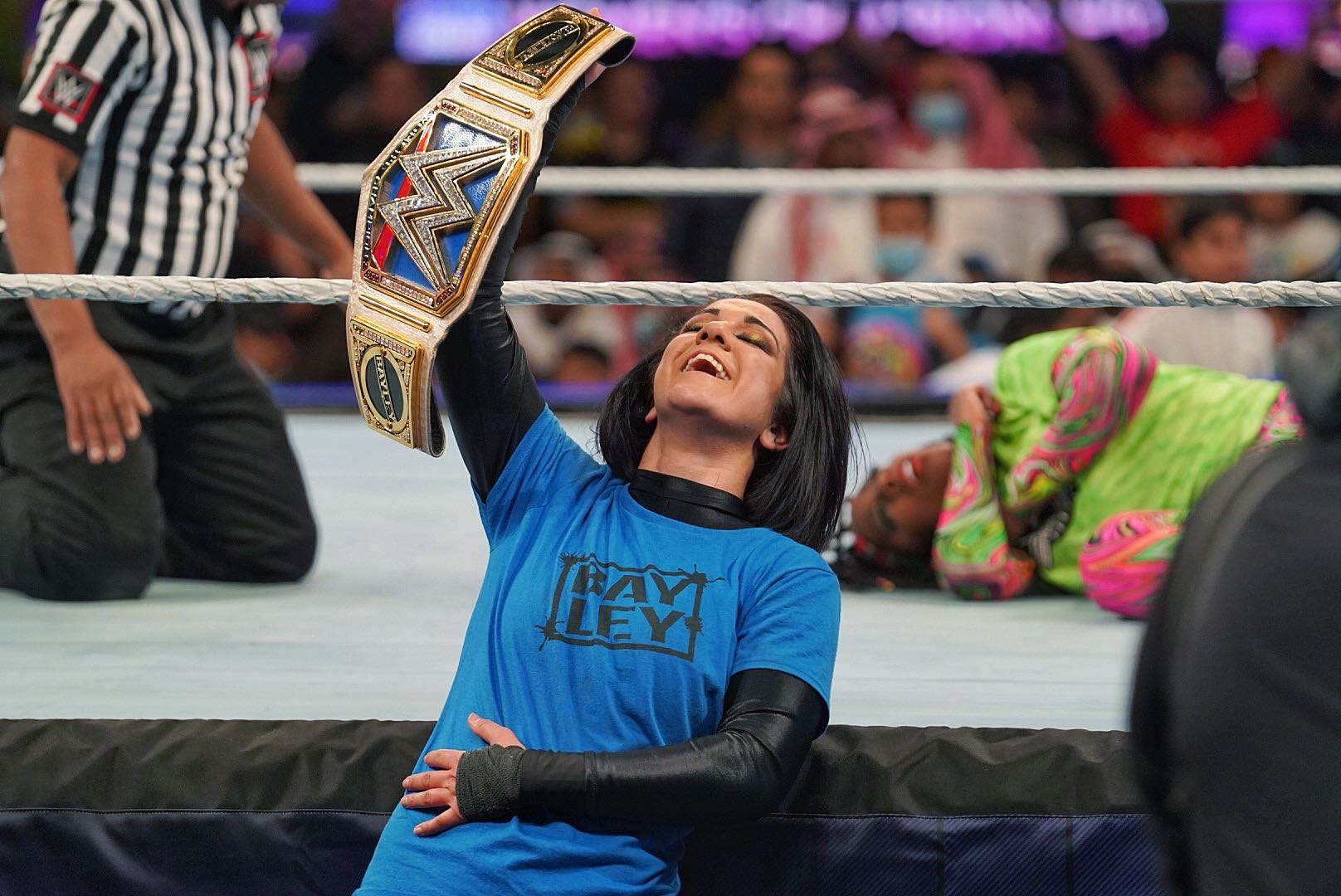 Bayley stopped early offenses from Naomi by unloading some kicks and then hitting the Bayley-to-Belly suplex for a close two-count. He nailed a big kick on Naomi. Bayley missed a top rope move as Naomi went for the split-legged moonsault. Bayley then sent her face-first into the mat using her knees to retain the title at Super ShowDown.

Goldberg started the match with a mammoth spear on The Fiend who went up and locked in the Mandible Claw. Goldberg got out of it and hit three back to back Spears on The Fiend who again countered with the Mandible Claw. The Myth gave a headbutt on Fiend and hit him with a Jackhammer to get the pinfall victory. He ended Super ShowDown celebrating with the newly won Universal Championship.