The Alexa Bliss character in WWE is one of the more popular amongst the WWE Universe both on and off-screen. She is one of the top-rated WWE athletes on social media although some of the fans don’t want to give her credit for great in-ring skills. She had to deal with a great amount of fan backlash due to this but always backfired.

WWE has been celebrating as the Women’s Evolution week as they look back on the steps that proved to be significant to improve the state of women’s wrestling in WWE over the timespan of the last few years. One of those moments was mentioned by both Alexa Bliss and Charlotte Flair when they collided in the ring. 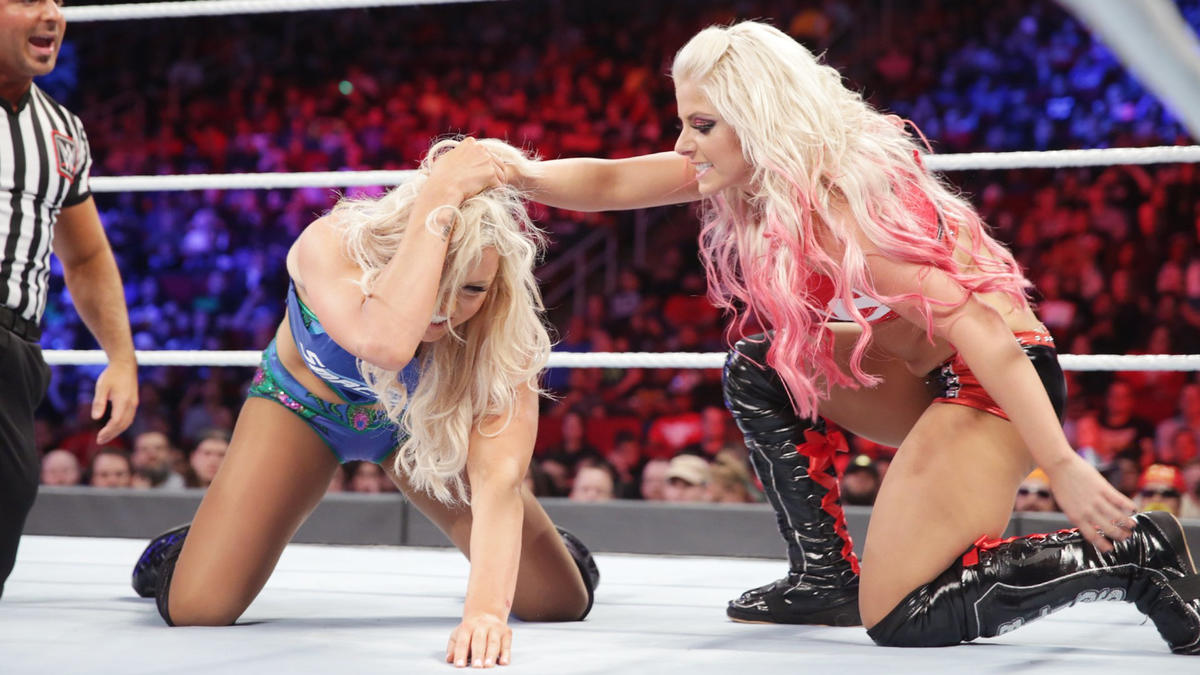 Alexa Bliss had featured in some high-quality matches during her time on the main roster, starting from 2016. She has been in WrestleMania title matches to battles with all the Four Horsewomen in WWE and beyond. But the one match that stood apart was the contest against Charlotte Flair. These two battled on Survivor Series 2017 pay-per-view in a brand vs brand rivalry.

WWE Might End Brand Split To Get Over Lower TV Ratings

It was a Champion vs Champion showdown where Alexa Bliss represented Raw whereas The Queen did the same from SmackDown. WWE’s Goddess noted on social media how this has been the most favorite match of her WWE career where she proved to hang with the very best the company has to offer.

Flair was the to win the only bout that took place between these two cornerstone figures of the female division.

Even Charlotte Flair herself admitted that it was one of the most underrated matches in WWE as she can’t wait to go back to the ring with Alexa Bliss for a rematch. Only time will tell when WWE plans the rematch around them. But WWE Universe does deserve a full-fledged feud between the two multi-time women’s champions.

While Alexa Bliss chose this match against Flair to be her favorite, Flair recently mentioned that the Last Woman Standing Match at Evolution 2018 is her personal favorite. Here’s more from The Queen during a conversation on WWE’s The Bump,

“I think what made this match so special was [that] we were on a show with all the women from the past, who have helped develop women of the present and future. We wanted to prove that she was ‘The Man’ of the division, and I was ‘The Queen’ of the division. No matter what, we just wanted to have the best match on an all-female show.” (Courtesy wrestlingINC.com)