With Wrestlemania 37 barely a few hours away, WWE stars are being used to promote the Show of Shows, as much as possible and Alexa Bliss is no exception. Being one of the top stars of the Raw roster, she has to be pretty excited about the upcoming event that she’d be a part of in a unique way. Although WWE hasn’t booked him in any match, she would be standing at ringside during one of the interestingly booked matches of the two-night spectacle.

Alexa Bliss spoke with Mike Jones from DC101 to promote WrestleMania 37, starting tonight. She noted aside from “The Fiend” Bray Wyatt vs. Randy Orton match where she would accompany Fiend to the ring. But apparently, she’s more vested into the match where The Miz and John Morrison will compete against Bad Bunny and Damian Priest. The Goddess admitted that she can’t wait to see what Bunny can do in a wrestling ring.

Rumor: Alexa Bliss To Have Her Own Mask In Current WWE Raw Angle?

“And I’m excited to see Bad Bunny perform. He’s been training really hard. He was one of those people that dove in head-first, started training and preparing because he’s such a big WWE fan.”

Wrestlemania 37 is booked over two nights continuing a tradition of last year as the pandemic is continuing. However, it has already been announced that WrestleMania 38 next year will go back to being only one night as the show goes even bigger from the AT&T Stadium in Dallas, Texas. Per Alexa Bliss, she however thinks it would be a great idea to keep WWE’s Biggest Event of the Year, a two-night extravaganza.

“I’m really excited because I feel like the energy is going to be so much higher,” Bliss said. “When it was one night, there’s later matches at the end of the night and you’re just like, ‘oh man, we gotta wake these people up. They’ve been watching the show for about seven hours now!’ I’m excited, I’m happy that it’s two days and everyone can come back refreshed the next day.” 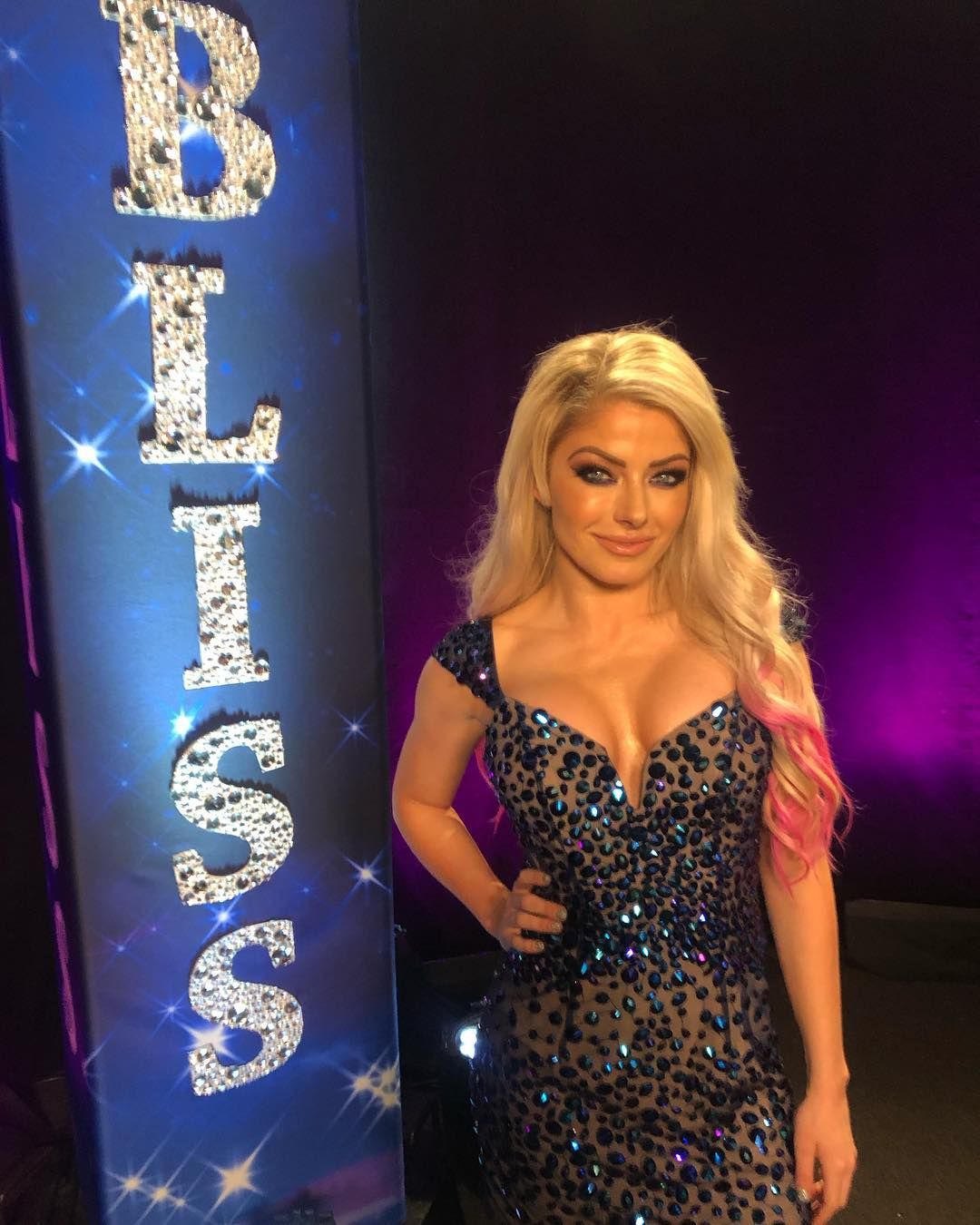 The five-time women’s champion isn’t really bothered about performing in or without the crowd, as of now. As long as she could get to perform in the ring, she’s very happy and contented with it. That’s the ethics of a quality star who can perform in any given circumstance.

Alexa Bliss certainly proves her ability to be a bankable star as she continued to perform in a WWE ring throughout this pandemic era. Last year, she actually kicked off the main show of Wrestlemania 36 when she and Nikki Cross captured the Women’s tag team championships. Both of them have been kept aside from in-ring duties, this year, though.