Braun Strowman had to wait almost five years from his debut to pick up a world title in the WWE, Universal Title belt to be specific. But going by a recent report, he was originally scheduled to get that big win, at least a couple of years ago. He was originally set to defeat Brock Lesnar for the vacant WWE Universal Title at the Crown Jewel 2018 event in Saudi Arabia.

Crown Jewel 2018 started a new chronology in the WWE pay-per-view calendar which saw Brock Lesnar defeated Braun Strowman to win the vacant Universal Title for the second time in his career. The match lasted under 4 minutes as The Beast Incarnate executed a flurry of F5s to pick up an easy win instead.

The then-RAW General Manager King Baron Corbin attacked Braun Strowman before the match which appeared to be a big help for Lesnar. The title had been declared vacant as the previous champion Roman Reigns had to go into a hiatus due to his battle with leukemia. The situation could have folded in an entirely different manner.

Former WWE writer Kazeem Famuyide recently discussed the sudden change in plans for Crown Jewel 2018 on his “Say Less with Kaz, Lowkey and Rosy” Podcast. It was revealed that Braun Strowman was originally scheduled to defeat Lesnar for the vacant title as WWE creative also wrote an entire RAW as the Monster Among Men being the new champion. But then Lesnar ended up winning that match and consequence-wise, the next RAW had to be re-written.

This is what Kazeem had to say about Braun Strowman and Crown Jewel 2018 pay-per-view event,

“There was one time where we all thought a match was going — this was — man, f**k it, I’m not working there anymore.

It was in Saudi [Crown Jewel 2018] and Braun [Strowman] was supposed to beat Brock [Lesnar]. This is right after Roman [Reigns] announced he had cancer, right?

So, Brock and Braun were supposed to fight for the World Title and we had a whole Monday Night RAW written with Braun Strowman as Champion and then sike, Brock Lesnar wins and then as soon as Brock wins, we all had to go back into the office, rewrite the whole show.

I just thought it was some sh*t where it’s just like oh, they’re just kind of keeping us on the D.L. [down low], whatever but I didn’t know they could change like [that].” (Quotes courtesy POST Wrestling) 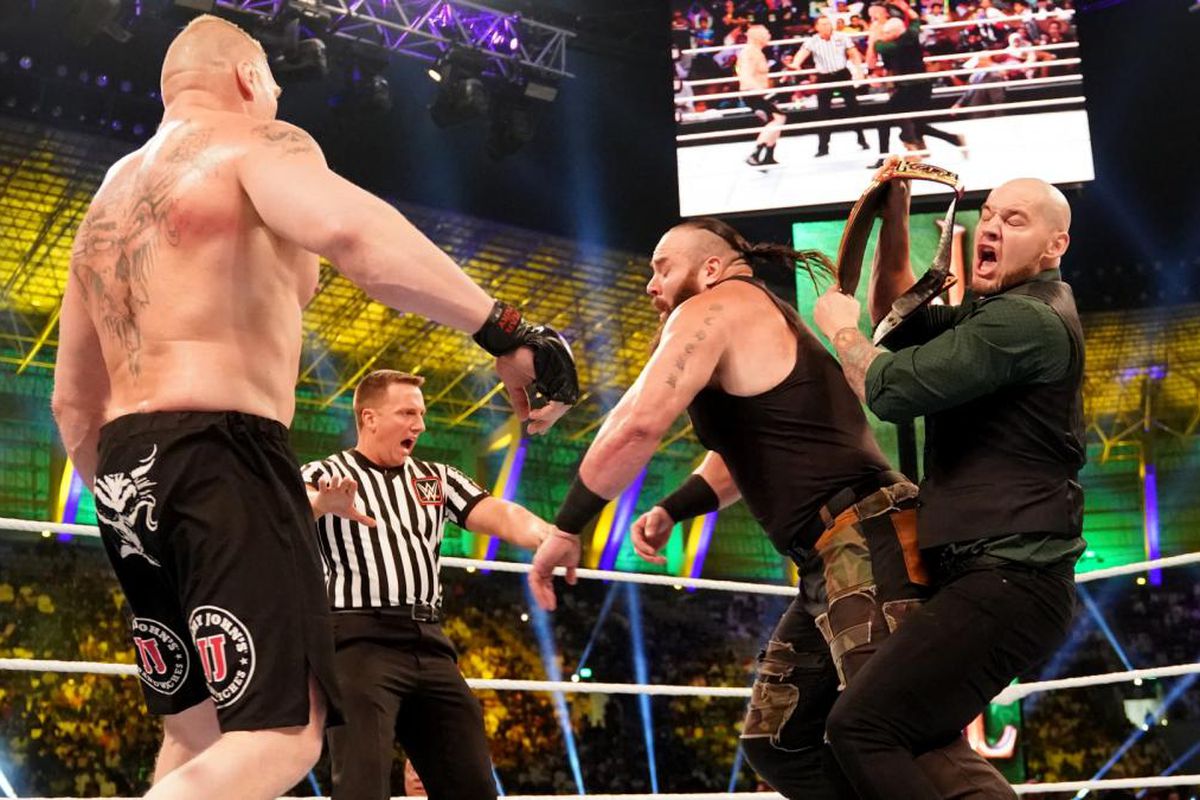 As mentioned above, Braun Strowman didn’t win the Universal Title on that night but he eventually ended up winning the Title a year & a half later at WrestleMania 36 in 2020. He defeated WWE Hall of Famer Bill Goldberg to earn that accolade. After picking up a big win on WrestleMania 37 against Shane McMahon, Braun is back in the title picture on Raw.