Carmella is someone who is a pro in delighting the WWE Universe with each one of her appearances on weekly television. Be it on social media or on WWE programming, this woman is literally a symbol of being the ‘most beautiful woman in all of WWE.’ That being said, she always keeps her gimmick intact by wearing stylish outfits with loads of make-up.

Just like every other recent episode of Smackdown, Carmella was in attendance of this week’s show from the Wells Fargo Center in Philadelphia, Pennsylvania. En route to Extreme Rules PPV, WWE continued the final builds for the PPV and the gorgeous superstar was a part of it as she gears up for another matchup against Liv Morgan in their ongoing feud. 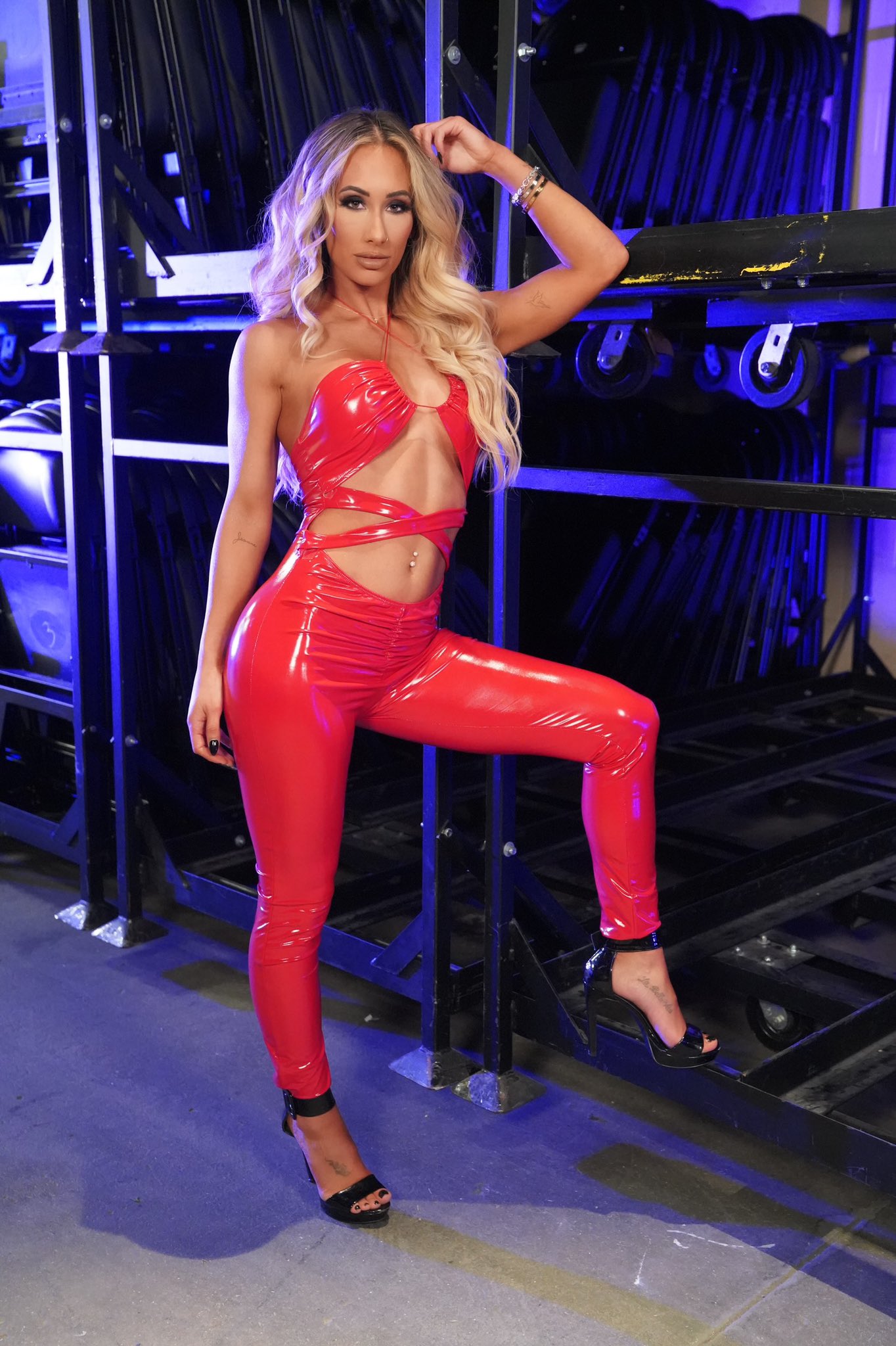 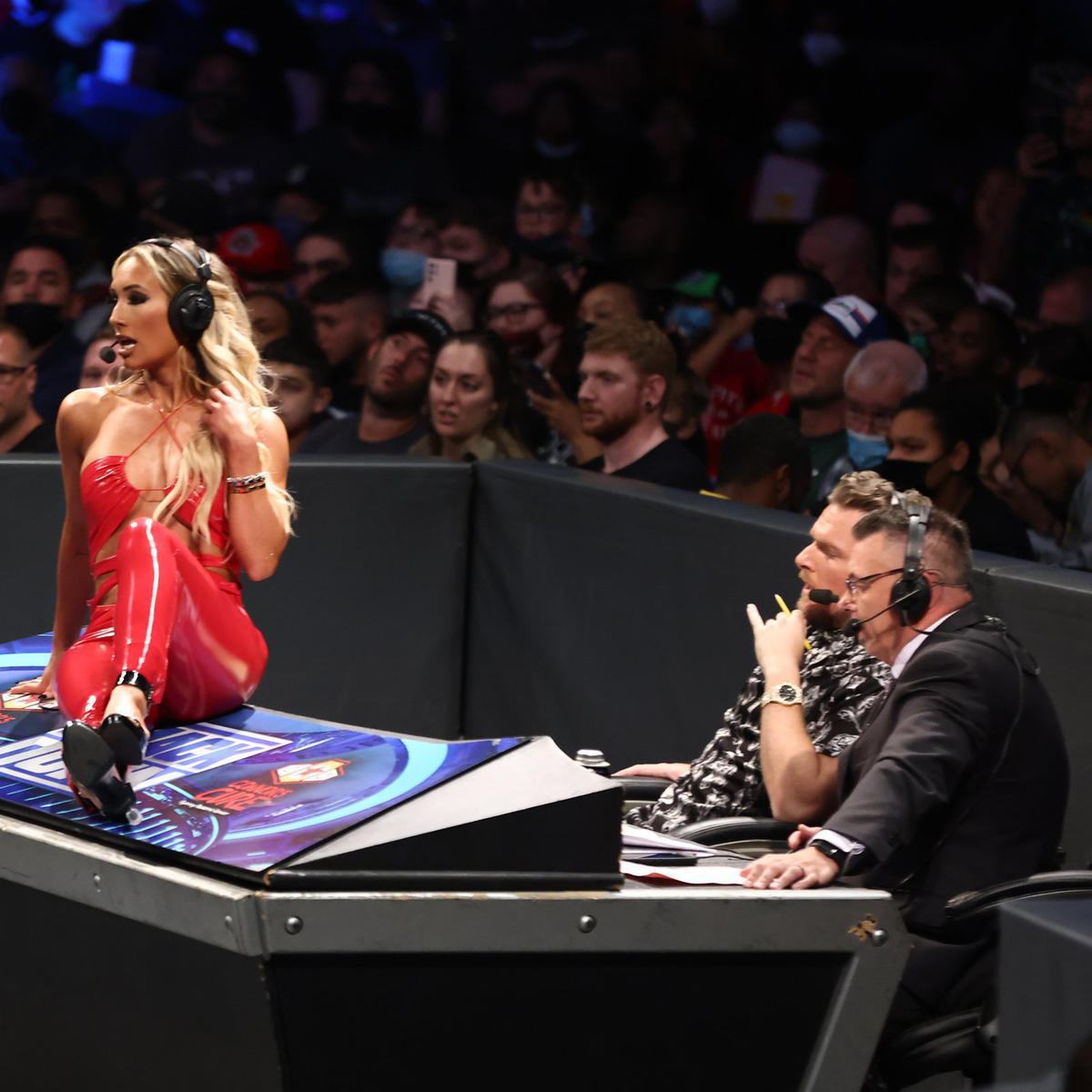 While doing so, Carmella made an appearance in a red hot outfit on this week’s Smackdown. It was a low-cut dress to flash a lot of cleavages while her toned mid-rib was also on display. She came out to the ring in a sensuous way while she also wooed the fans and Smackdown commentator Pat McAfee by lying on the commentary table. You can check out those segments as given below.

Carmella will be a part of Extreme Rules PPV

Originally, Liv Morgan vs. Zelina Vega was the lineup for this week’s Smackdown. Last week, Vega and Carmella faced Morgan and Toni Storm in a tag team match but Liv hammered on Mella’s nose and the match ended via count-out. This eventually led WWE to announce Mella vs. Liv for Extreme Rules, but in order to get her hands on Mella, Morgan needed to wrestle Vega, first. 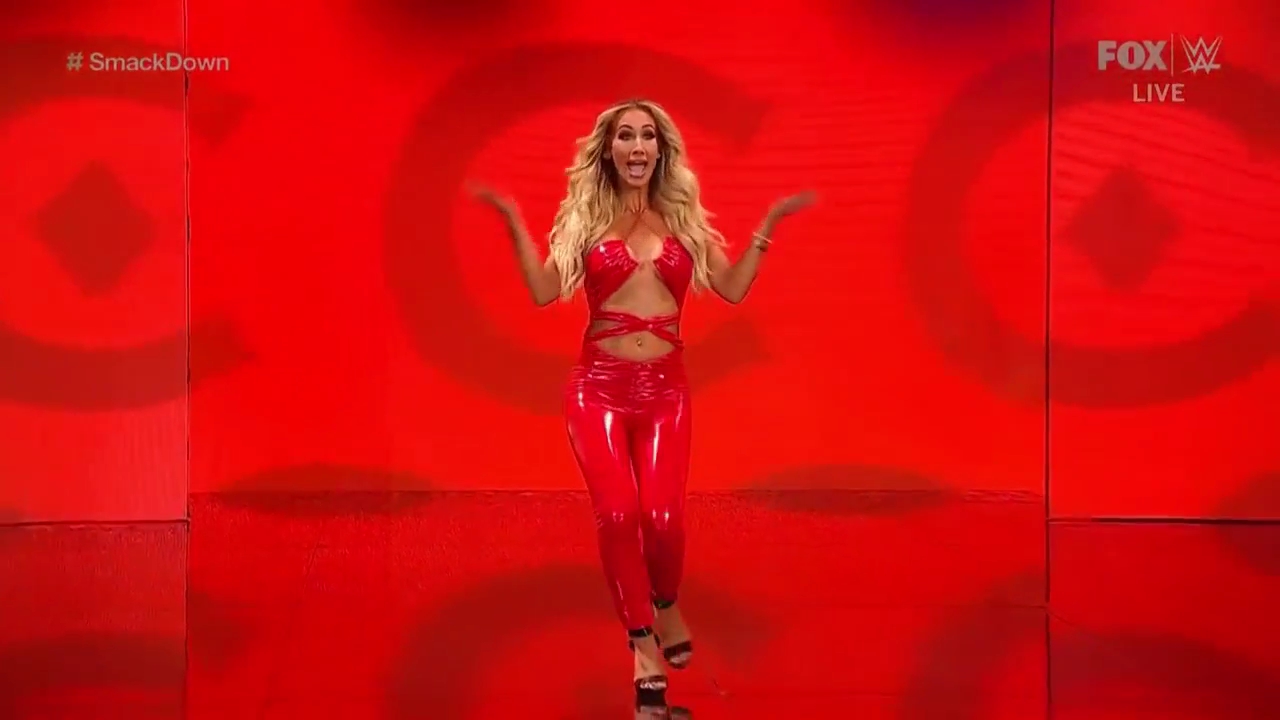 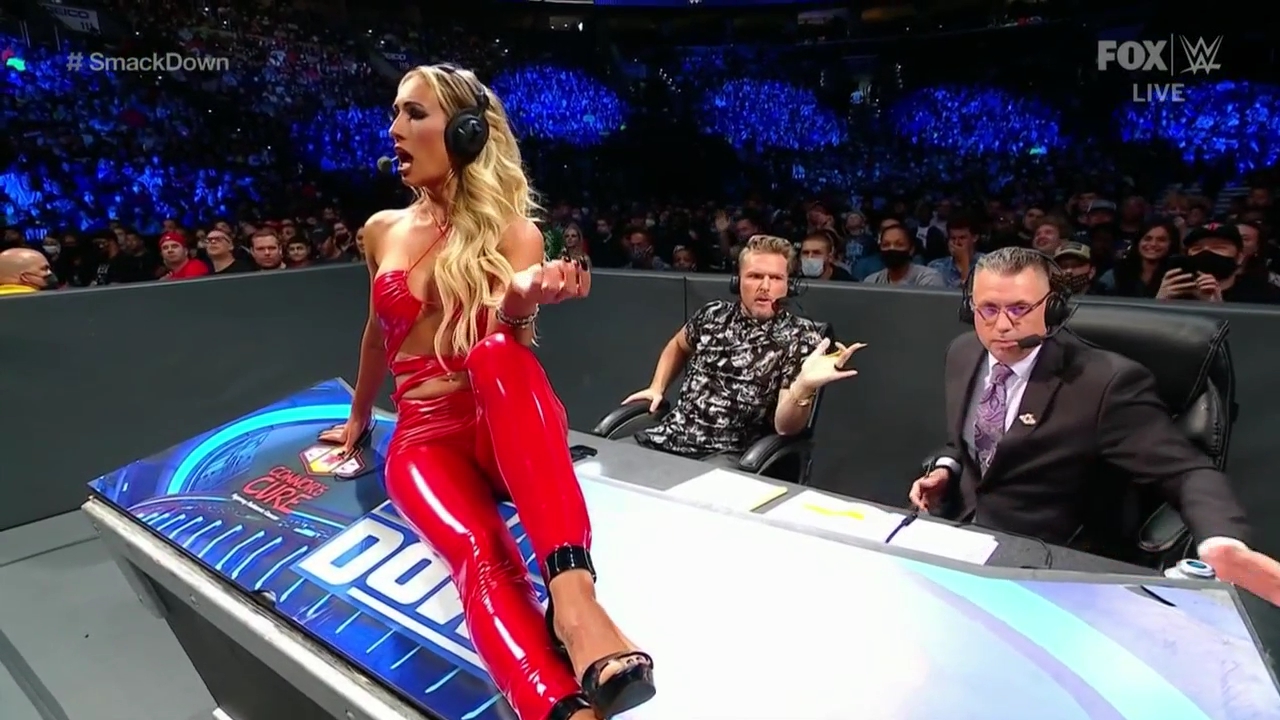 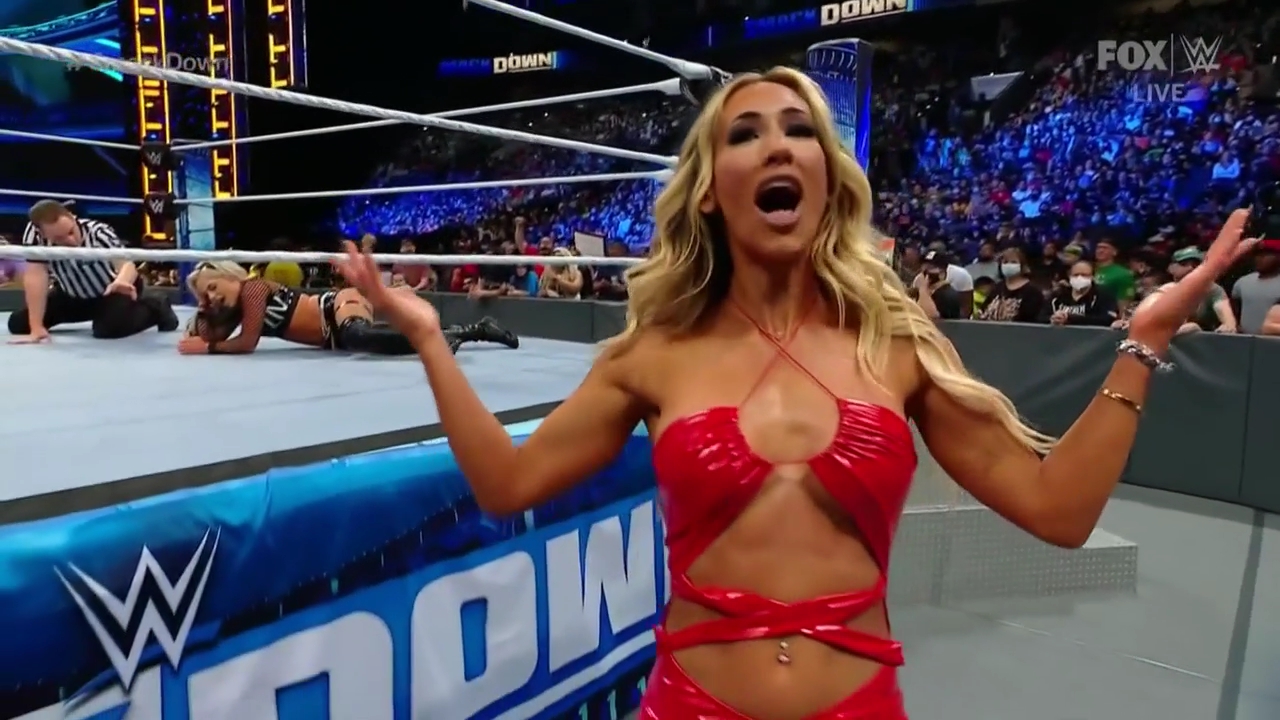 Before the bell for the match could ring, the music hit, and out came Carmella. She then joined the commentary table by lying over on it. By the end of the match, Mella turned out to be the decisive factor for the match. After Liv unloaded her opponent with some strikes, Liv countered with her modified Backstabber into the turnbuckles, and Vega got hit hard.

Carmella got up and yelled at Liv from ringside but Liv went for her through the ropes but Vega ran over and connected with a big kick to free up Mella. Vega followed up with a Destroyer on Liv for the pin to win.