Charlotte Flair can brag about the fact that she is a 14-time overall Women’s Champion, a record that no one in the WWE possesses. But those championship reigns did have a flip side of the coin as she ended up being target for her opponents. As a result of which, she ended up being the superstar upon whom the most Money in the Bank cash ins have happened in WWE history.

As seen on this week’s main event of RAW in Dallas, Texas, a rematch between Charlotte Flair and Rhea Ripley for the RAW Women’s Championship took place. The match ended via DQ as Flair attacked Ripley with the Title belt to escape the contest. The two got involved in a brawl after the match which ended with Ripley planting her opponent with a Riptide on the floor. 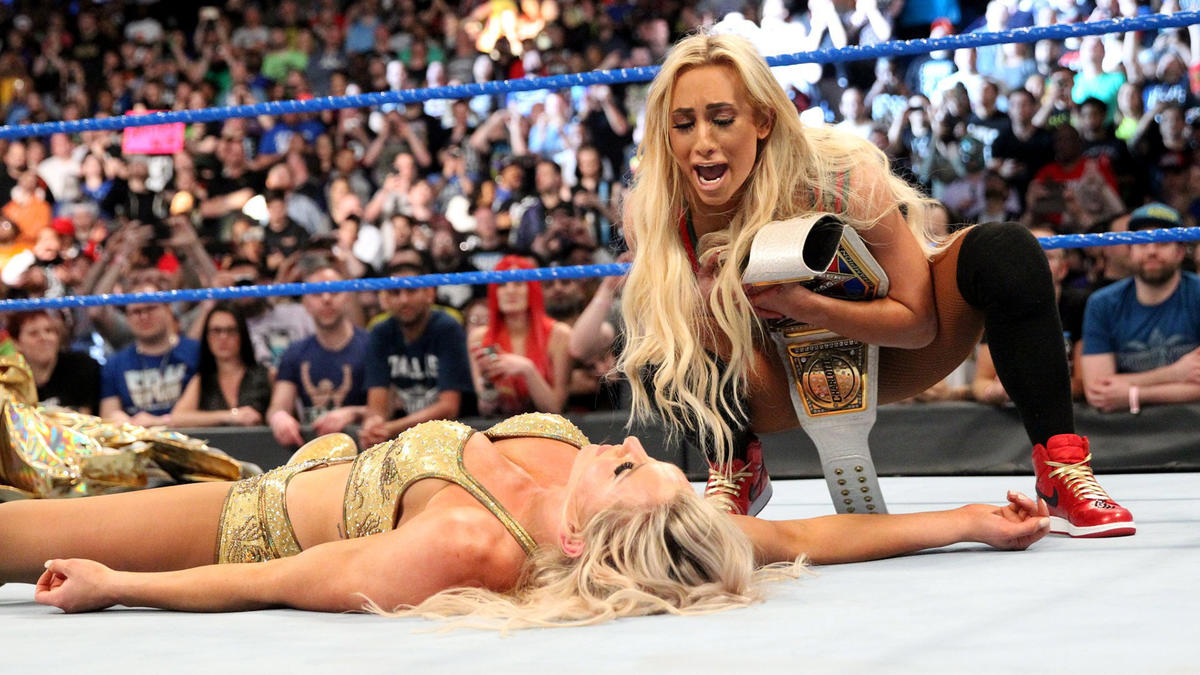 This led to Nikki Cross A.S.H. running out to cash-in her Women’s Money In The Bank 2021 contract, right away. The match began as Nikki jumped with a Crossbody off the top rope and pinned Charlotte Flair to become the new RAW Women’s Champion.

That being said, out of the 5 Women’s Money In The Bank winners so far, 3 of them (60% of cash-ins) have successfully cashed-in on The Queen to become new champions. This means Charlotte Flair has had more cash-ins on her than any other wrestler in WWE history. Below are the 3 women who have cashed-in on the veteran 12-time Women’s Champion from the main roster.

– Bayley in 2019 to win the SmackDown Women’s Championship

(In 2018, Alexa Bliss cashed in Nia Jax, the night of Money in the Bank to become the new champion while in 2020, the winner Asuka didn’t have to cash-in as the champion Becky Lynch handed her the title due to pregnancy reasons)

Charlotte Flair won her record fifth Raw Women’s Championship at Money in the Bank 2021 PPV, itself by submitting Rhea Ripley in a rematch from 2021 Hell in a Cell event. Her title reign ended at the hands of Nikki Cross A.S.H after lasting a little more than just 24 hours. There’s no update on what WWE has planned for her for the next PPV, Summerslam 2021.