Former WWE Champion CM Punk has been reacting on WWE products, lately namely the new WWE ThunderDome construction or Raw Underground contents. Recently, he hosted a Twitter Q&A session who took a few more interesting questions related to the professional wrestling business. He touched down the best compliment from his career as well as the best moment at SummerSlam.

CM Punk was asked by a fan whether he will be at the WWE ThunderDome for the SummerSlam Weekend.

He responded, “I wasn’t booked.” 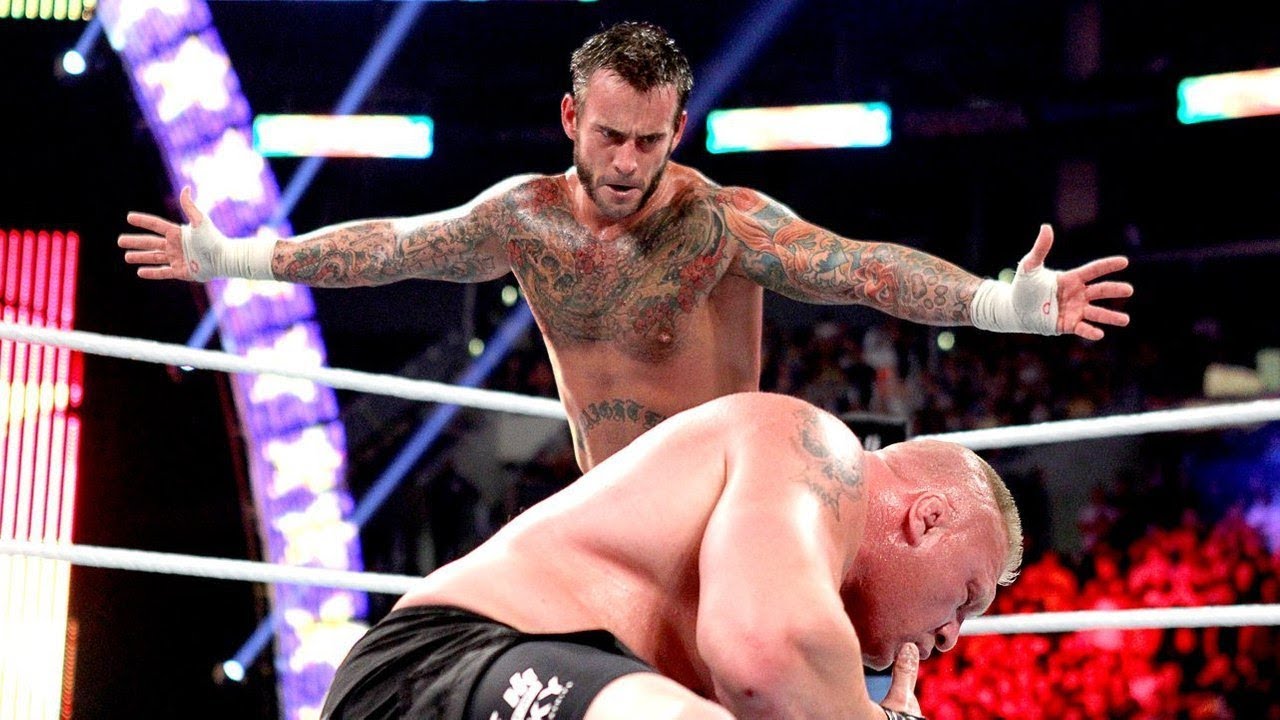 Another fan asked the former Straight Edge Society leader about the most rewarding compliment that he’s ever received from another wrestler in or after a match. CM Punk remembered praise that he received from Japanese wrestling legend Yoshiaki Fujiwara. Here’s what he had to mention,

“After a six-man, Fujiwara Hugged me and said ‘tonight, best worker in match’,” he recalled.

Going by the history, CM Punk was apparently referring to a six-man tag team match that he worked in Nagoya, Japan on August 10, 2003, while working with the ZERO1 promotion. That match saw Punk, Jimmy Snuka Jr. (Deuce), and Tengu Kaiser teaming against Fujiwara, Shinya Hashimoto (Shogun), and Tatsuhito Takaiwa that ended to a losing effort. Punk tapped out to Hashimoto while ending the match.

Raw Underground: WWE To Introduce A New Title For The Segment

While speaking about his favorite SummerSlam match, CM Punk mentioned the No Disqualification match against Brock Lesnar during the 2013 edition that went down from the Staples Center in Los Angeles, California. On that night, two Paul Heyman guys fought it out in a physical fight. In the end, The Beast Incarnate stood tall after delivering a devastating F5.

“Vs Brock for sure,” Punk wrote back to a fan who asked about his SummerSlam experience.

Vs Brock for sure.

CM Punk also reacted on what it was like working with WWE show-host Renee Young. These two were two of the WWE Backstage co-hosts on FOX before the show was canceled, due to a coronavirus related budget cut announced by the channel.

He wrote, “Renee is the best. Super excited for her! Can’t wait for the cookbook and the podcast….”

As news is doing round the internet, Renee Young is probably leaving the WWE as she’s handed a notice to the company, probably a couple of weeks ago. SummerSlam 2020 could mark the final time that she might make one final appearance in the company. It was Young who herself introduced CM Punk back while he was making his WWE TV return through WWE Backstage appearance.