As much as it’s hard to believe for the WWE Universe, Daniel Bryan will no more be seen on WWE SmackDown. He lost the scheduled title match, last night and as per the stipulation, he won’t be allowed on the blue brand of the WWE, anymore. That being said, the Friday Night show will lose one of the consistent star powers for the past several years.

This week’s SmackDown on FOX main event was touted as one of the biggest in the history of SmackDown where Daniel Bryan got one last shot to Roman Reigns’ Universal Championship. The match would go on for more than 30 minutes which saw the Head of the Table retain in a dominant fashion. Reigns used his Guillotine Chokehold submission to retain. 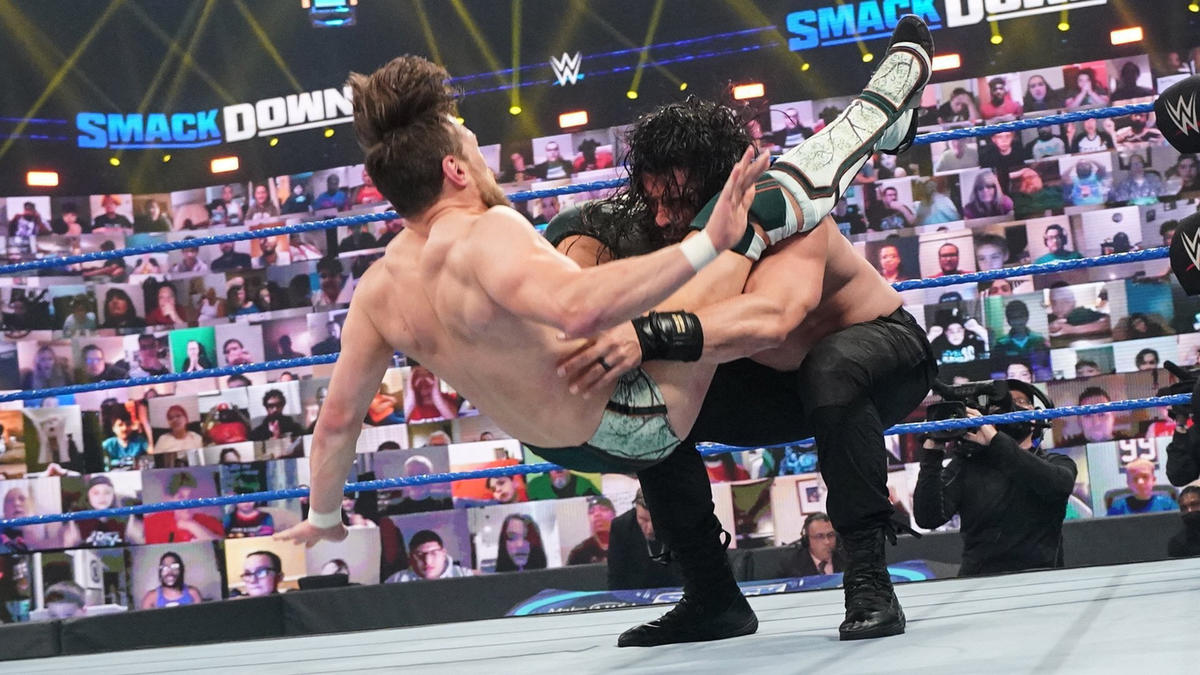 Since this one was a Career vs. Title match, the stipulation won’t allow Daniel Bryan to feature on the SmackDown brand, anymore. Also, Reigns ensured that his long-time adversary won’t appear on the show with a vicious attack following the match, a similar fashion he retained at WrestleMania 37 in a Triple Threat featuring Bryan and WWE Hall of Famer Edge.

After the back and forth contest, Daniel Bryan faded out in the Guillotine Chokehold submission. After the match, Reigns brought two steel chairs into the ring but Cesaro ran into the ring and attacked him to make the save for Bryan. Cesaro delivered a beatdown to Reigns at ringside and delivered a running uppercut against the barrier. 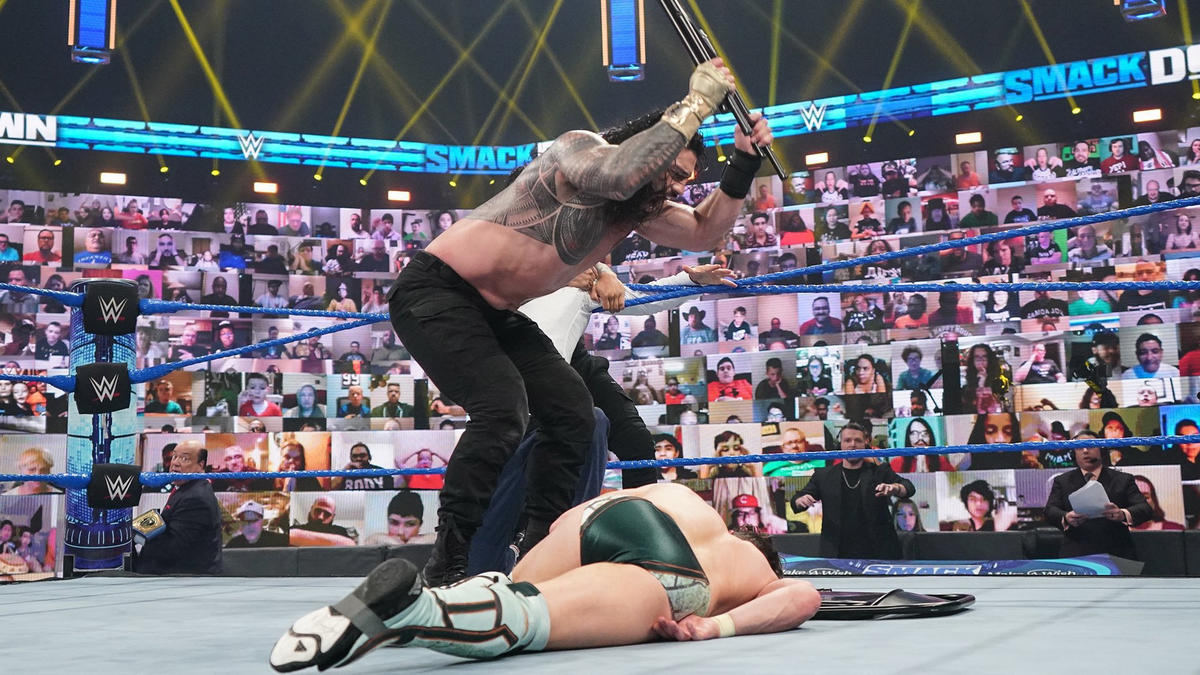 Jey Uso then came in aid of his cousin and attacked Cesaro with a Superkick. This allowed Reigns to go back into the ring for the intended attack. Uso trapped and held Cesaro in between the ropes and forced him to watch while Reigns delivered a Con-Chair-To to Daniel Bryan. This was certainly an attempt to write off the victim from SmackDown storyline perspective.

There’s no confirmation on whether Daniel Bryan will resurface WWE NXT or WWE RAW in the future since WWE is only mentioning that he is banned from SmackDown. The stipulation didn’t mention whether he would fully be banned from entire WWE programming. As mentioned above, SmackDown has been the home of Bryan since the second brand extension draft in 2016.