Next Friday Night’s episode of SmackDown on FOX episode is going to be an unmissable one where we could see Daniel Bryan for the very last time on WWE TV. In the main event match of the night, WWE Universal Champion Roman Reigns will defend his title against Daniel Bryan. This would be the two’s third singles encounter over the title over the span of the last couple of months.

This week’s SmackDown revolved around Cesaro challenging Roman Reigns for the Universal Title and waiting in the ring for an answer. Daniel Bryan pressured Reigns to accept it. He also urged WWE Official Adam Pearce to grant Cesaro the title shot. The three of them eventually had a conversation in the final segment of the show.

During the confrontation, Roman Reigns denied Cesaro’s request but then challenged Daniel Bryan to a match on next week’s SmackDown. Reigns said he’s tired of seeing Bryan and wants him to disappear from SmackDown. The Tribal Chief granted him a title match for next week with the stipulation that if he retains, Bryan can no longer be appearing on his show.

Thus, this match with Title vs Career stipulation will play out on SmackDown. It wasn’t fully stated whether Daniel Bryan will still be allowed to move to RAW if he loses as it was mentioned that he will be forced to leave the blue brand. This would be a very interesting situation considering that Bryan’s WWE contract will soon be up this match might be a way to write him off the television. 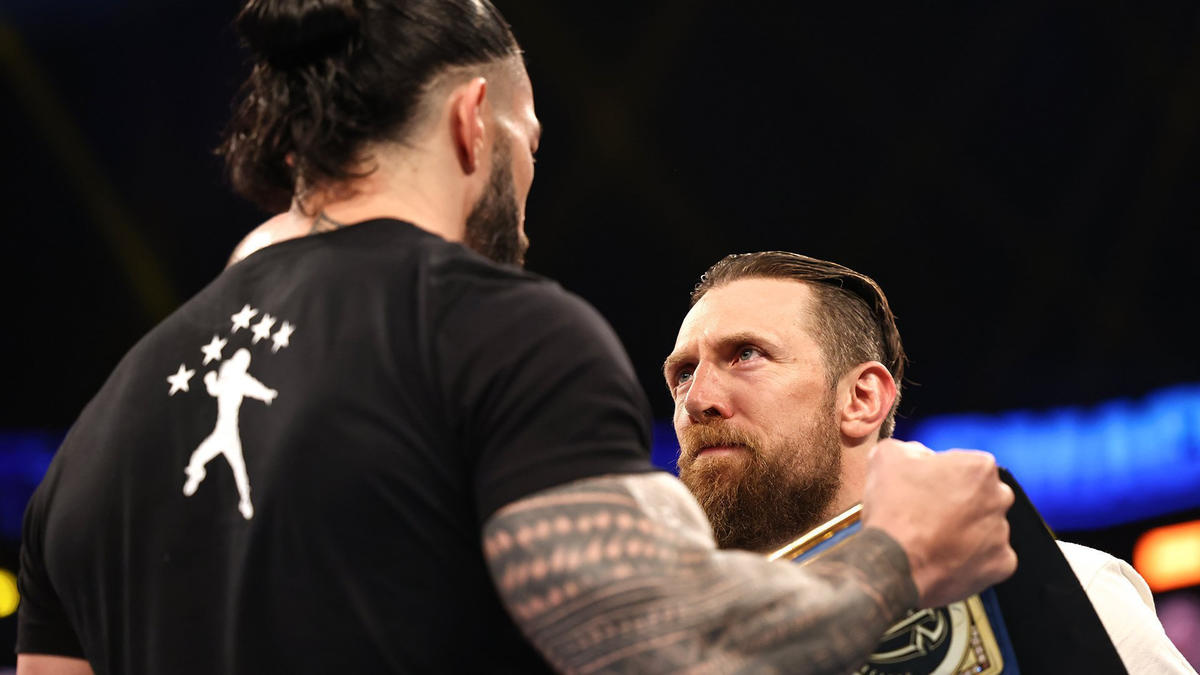 Apart from Daniel Bryan vs Roman Reigns, next week’s SmackDown will also feature a WrestleMania 37 rematch when Big E challenges WWE Intercontinental Champion Apollo Crews. The stretched rivalry has been going on since earlier this year causing a Nigerian Drum Match at WrestleMania 37 Night Two where Crews defeated E to win the IC Title.

This wasn’t a clean pinfall win via an assist from Commander Azeez. This week, Adam Pearce booked Kevin Owens vs. Crews, with the note that Big E will receive his title shot when he’s medically cleared. Crews ended up retaining over Owens after interference from Azeez. Big E later attacked Crews backstage with Azeez not present at the scene. Afterward, Big E vs. Crews was confirmed with the title on the line.