Trish Stratus Kissed The Rock In WWE, 19 Years Ago

Trish Stratus has been a fantasy for most of the pro-wrestling universe members during her active in-ring tenure and even beyond that. The perfect combination of beauty and athleticism was a rare combination back in the attitude era days. So, the fans couldn’t stop but glue their eyes on WWE TV during Monday nights. The Toronto-resident never failed to impress them with her unique ‘Stratusfaction’ elements.

Throughout her WWE career, Trish Stratus has been paired up in romantic angles with a number of top superstars. Chris Jericho, Christian, The Dudleyz, Jeff Hardy, Carlito, and more would be seen kissing or making out with her on live TV. Even the WWE Chairman and CEO couldn’t resist himself from getting cozy with her. For one exceptional occasion, even The Great One fell for her. 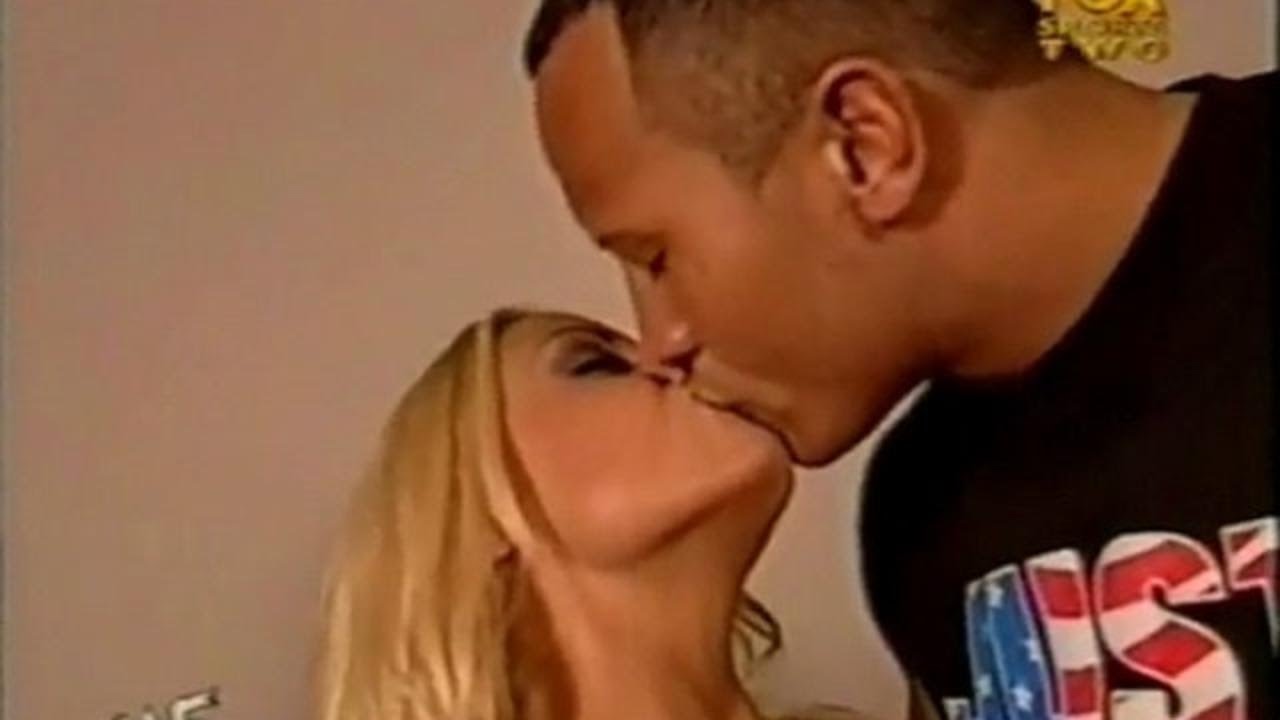 Almost 19 years ago, WWE aired another LIVE episode of their weekly TV show ‘WWF RAW IS WAR’ where the main event segment featured a mixed tag team match. The Rock and Trish Stratus teamed up against Kurt Angle and Vince McMahon on that night. After Stratus decided to betray McMahon at Wrestlemania, these two shared a beef and The Rock once saved her from getting further insulted by The Boss.

Before competing in this tag team match on December’s first episode of Raw, The Rock and Trish Stratus shared a backstage segment. During the conversation, The People’s Champion wanted to calm the nerves of his mixed tag team partner and planted a kiss on her lips. The moment was captured well while The Rock had also treated Trish, gently. For the fans, it was a special moment since perhaps the two greatest of all-timers from the male and female division were sharing a romantic angle. 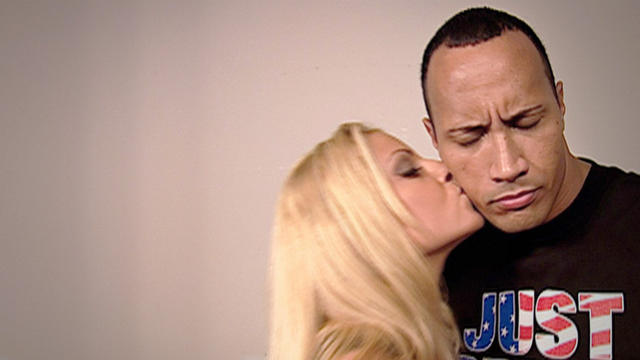 The kiss never built up any relationship between these two, moving forward. While The Rock has been one of the franchise players of the WWE, moving on, Trish Stratus was the main babyface of the female roster for years to follow. She eventually ended her career as a seven-time Women’s Champion in 2006 after defeating her nemesis Lita in a title match.

Trish Stratus had been a fan of wrestling since childhood who was especially fond of wrestlers Hulk Hogan and Randy Savage. Her modeling work got the attention of the World Wrestling Federation who offered them a contract. In November 1999, she was signed to a multi-year deal with the company. Since then, she didn’t have to look back in her career, ever.