It’s hard for Mandy Rose fans to see their idol not doing anything special on Raw weeks after weeks. She’s formed a tag team with Dana Brooke while chasing the Women’s Tag Team Titles held by Nia Jax and Shayna Baszler, following the return after Draft 2020. But they’ve reached, nowhere.

Unfortunately, she wasn’t on the card for Elimination Chamber, last night and she can’t stop expressing her disappointment. 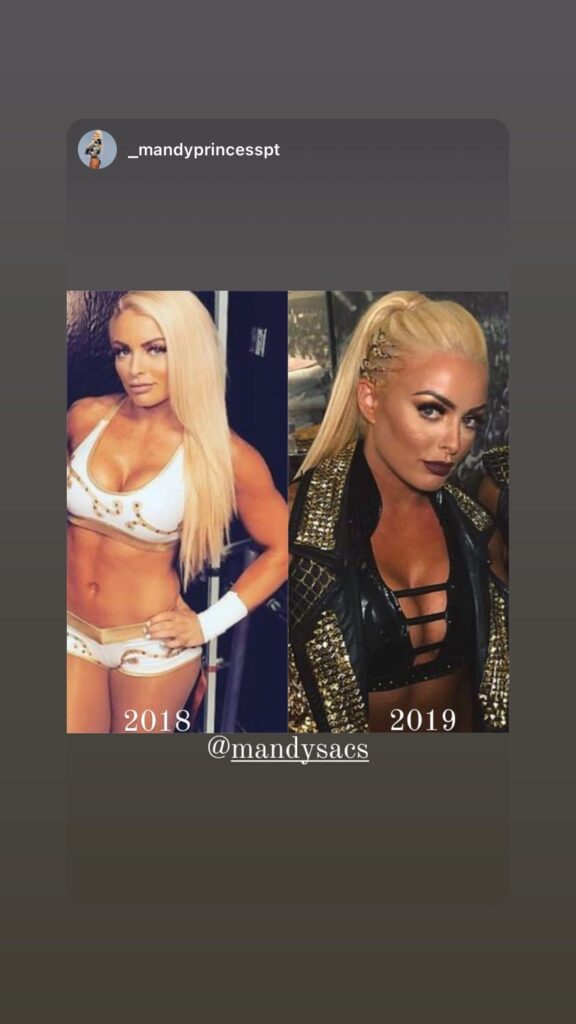 As seen on Instagram, Mandy Rose shared a series of photos from her previous Chamber match appearances. She was part of the very first Women’s Elimination Chamber match in 2018 that was contested for the Raw Women’s Title held by Alexa Bliss. (who also won the inaugural edition) 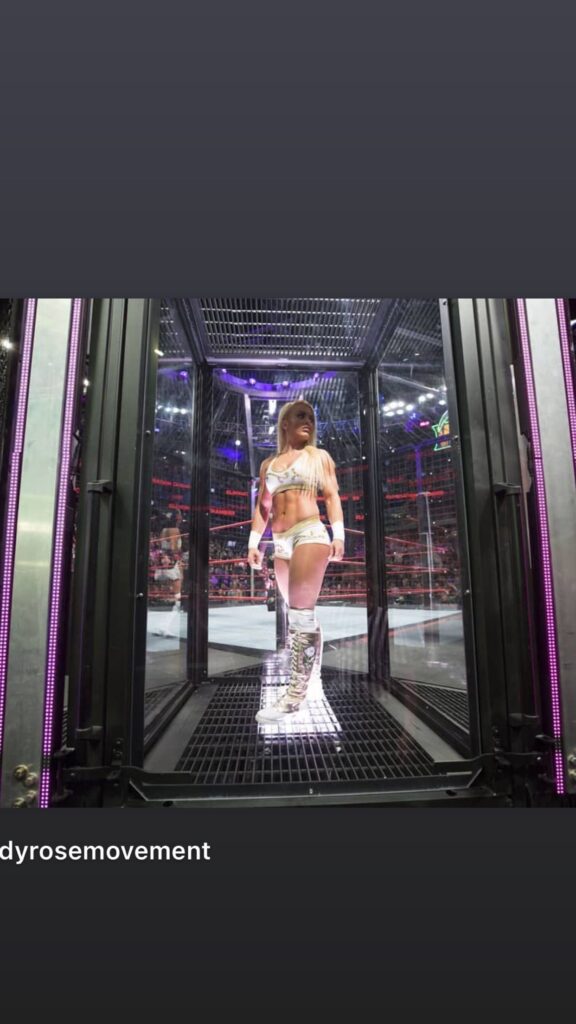 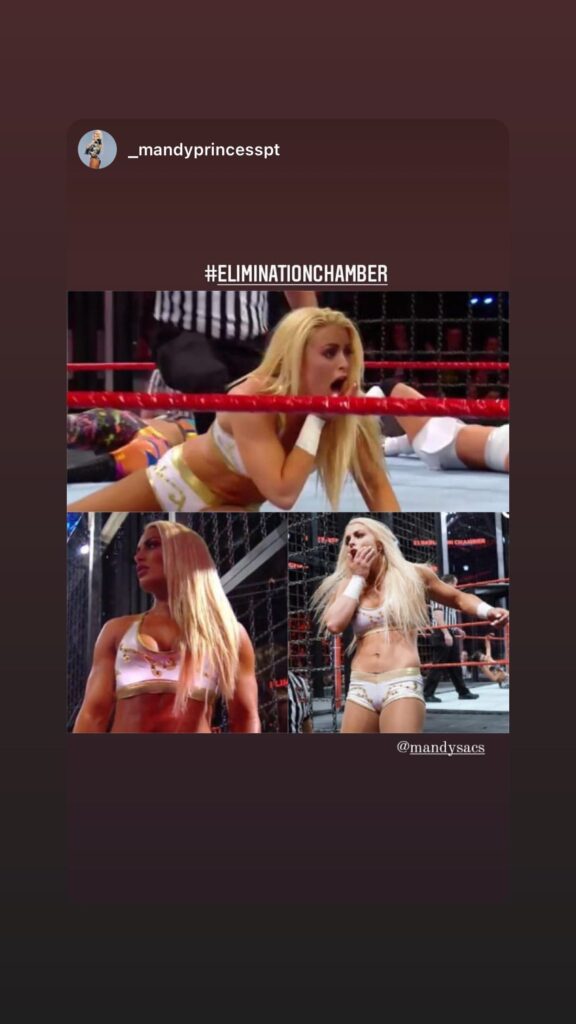 In 2019, she participated in the Chamber match over the Women’s Tag Titles with Fire n Desire member, Sonya Deville in another failed attempt.

It seemed that Mandy Rose was missing those dangerous yet opportunistic matches. Sadly, this year, WWE had the least arrangement at the PPV for the female participants. The Golden Goddess also wanted to send a message by posting a couple of photos in an orange dress that she wore on Raw, backstage at ThunderDome, last week. The stunning pictures had the message stating, ‘Let your hustle be louder than your mouth.’ [monochromic heart emoji]

Perhaps, Mandy Rose was trying to fire herself up to boost up the downward-going career. But it’s obviously not her fault as the Raw creative team doesn’t have opportunities reserved for her, at this point.

Last week, a backstage segment featured on Raw with Bad Bunny talking with the blonde Diva, who was wearing his merchandise. She also wanted a t-shirt for Dana Brooke while also wishing Bunny good luck for the SNL appearance, this past weekend. This could be starting a romance angle.

Check out Mandy Rose’s Elimination Chamber experience as said to Yahoo News, a couple of years ago,

“Being in the pod, you feel a little bit claustrophobic and you’re waiting for that buzzer to go off that sets you free. It’s almost even more nerve-wracking because you’re stuck in this little cube and you can’t wait to get out. I was a little bit nervous about that. It’s one of those things where the anticipation is “Oh my God” as you can’t wait to get out of there. But once it buzzes and you finally get out it’s an incredible “wow” moment.”