Natalya is having one of the major runs of her WWE career over the past several weeks as the current Women’s Tag Team Champion. Tamina Snuka, another veteran from the WWE roster is having her back as the other half of the champions. After defending their title over a couple of teams from the roster, the duo received a deserved time-off on Smackdown.

Over the past couple of weeks, the tag champions weren’t present on the Friday Night show on FOX. But being a workhorse for the WWE, Natalya and Tamina Snuka were present at ringside. In her time away from the squared circle, the Neidhart family member took her social media profile to entertain her fanbase with some hot photos.

As seen on Instagram, Natalya Neidhart posted a few photos and videos to show off a bit. She was wearing golden ring gear while posing in front of the camera. As always, she was flashing a lot of cleavages just like she does while doing YouTube episodes with her sister Jenni Neidhart. Last week, Nattie wore a black-and-gold striped outfit to show off, as well. 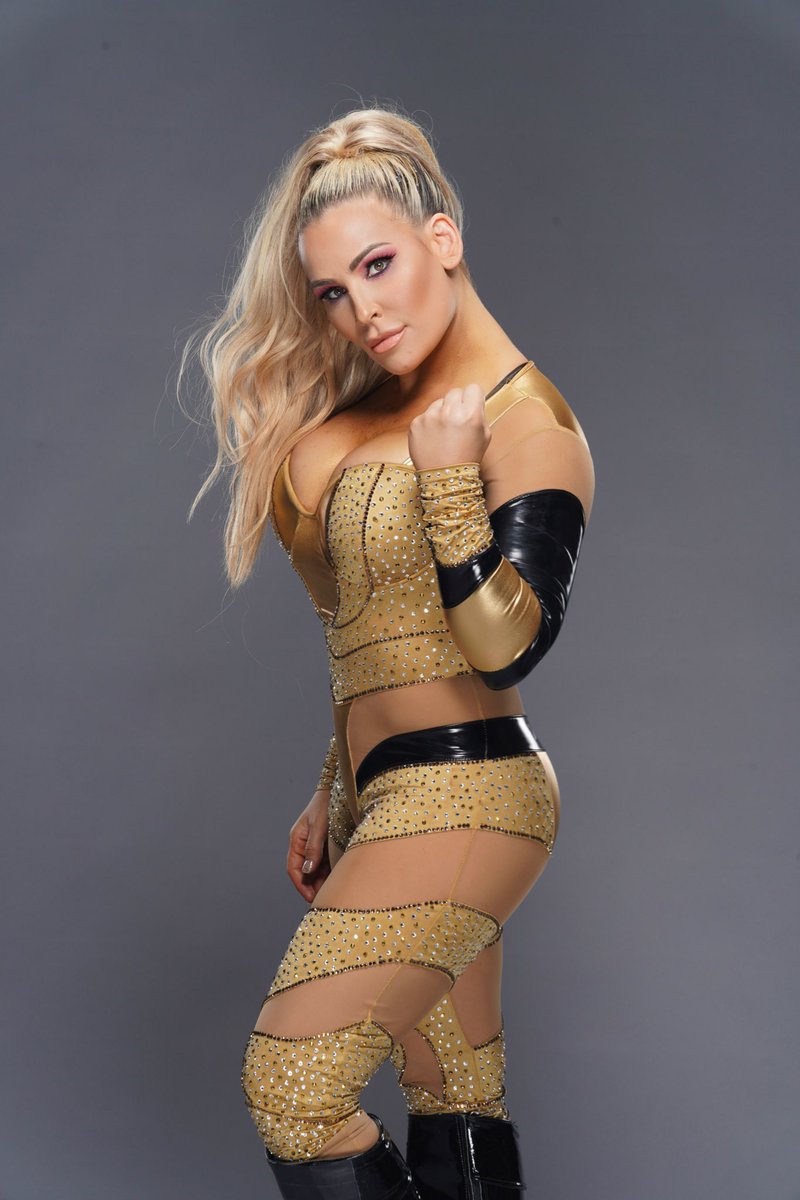 At present, Natalya and Tamina Snuka have been involved in a feud with Mandy Rose and Dana Brooke. It appears that WWE is building toward a tag-team title match between the two teams. However, the challengers are yet to make any impression let alone any non-title wins over the champions even after receiving a number of opportunities.

At Hell in a Cell 2021, Natalya defeated Mandy Rose in a singles contest during the pre-show. This week on Raw, Nattie teamed up with Tamina and Charlotte Flair in a huge six-woman tag team match against Mandy, Dana, and Raw Women’s Champion Charlotte Flair. In the match, Flair pinned Mandy and thereby prohibited the latter from picking up any momentums in her corner. 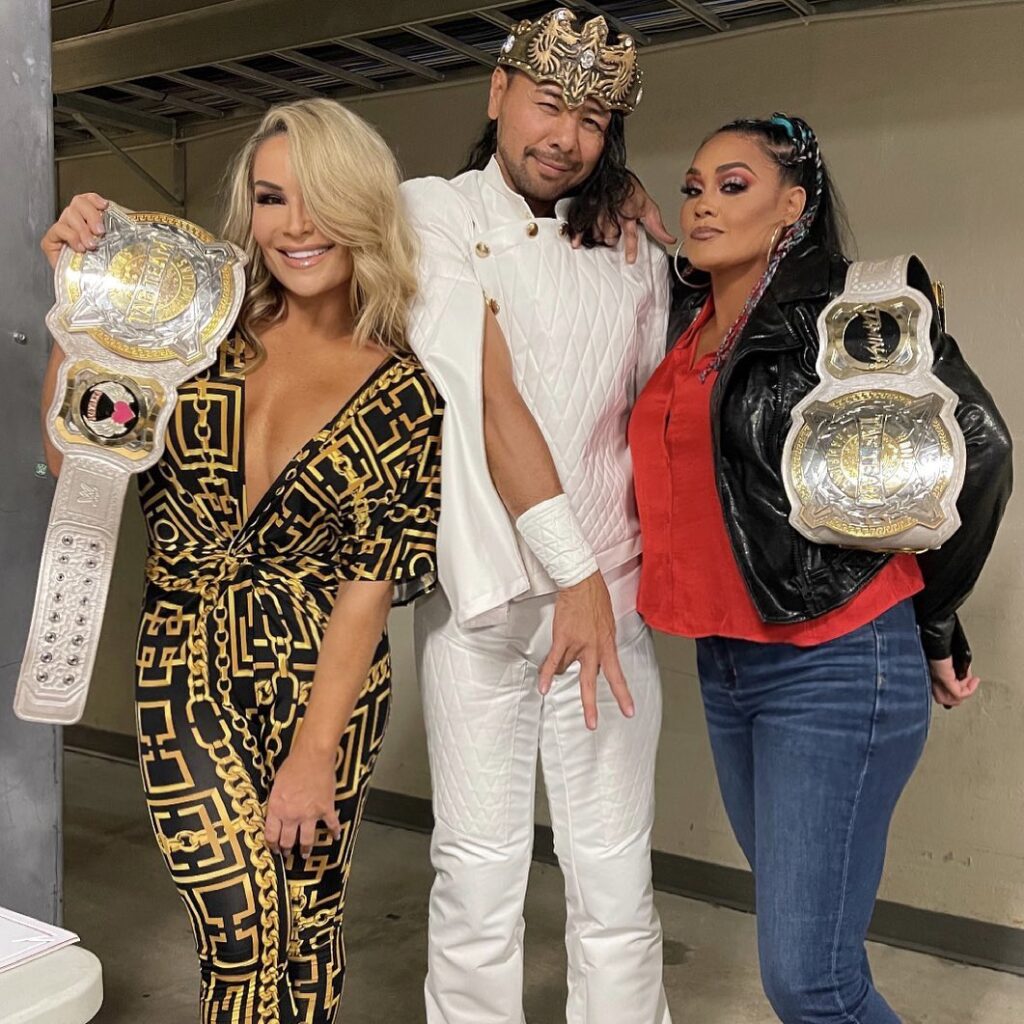 Natalya and Tamina Snuka became WWE Women’s Tag Team Champions on the May 14 episode of Smackdown on FOX. That WrestleMania Backlash go-home edition saw the two second-generation superstars defeat Nia Jax and Shayna Baszler in the opener to capture the straps in a win that received huge attention from the pro-wrestling circuit.

This is the first title reign for Natalya and Snuka together, and Snuka’s first-ever major title win in WWE (not including the 24/7 Title win) while Jax and Baszler won the titles during the Royal Rumble Kickoff pre-show back on January 31, by defeating Asuka and Charlotte Flair.