As seen on the show, The Legend Killer of the WWE took out The Nature Boy hitting a low blow and a Punt Kick. It happened after Orton picked up a big win over Kevin Owens hitting the RKO.

Randy Orton then blamed Ric Flair for getting him into the match that wasn’t a necessity, at all. He then delivered a heel promo while insulting his mentor from Evolution, brought up his health issues to make things personal. Flair became emotional while responding as the duo hugged inside the ring trying to make things up.

Orton hugged Ric Flair trying to apologize but then turned on hitting a low blow. He then went on to hit the punt kick. The delivery of the kick wasn’t visible as the faction RETRIBUTION caused some technical issues with the lighting. Now while responding to the incident, the two-time WWE Hall of Famer has the following to offer,

“I Wanted Last Night To Go Differently. What I Would Have Said Is I Don’t Know What Would’ve Happened If My Son Was In This Business. But I Do Know What Charlotte Has Done, And Like You Randy, She Is Much Better Than I Ever Was, Just Like You Have Surpassed Your Father. That’s it.”

I Wanted Last Night To Go Differently. What I Would Have Said Is I Don’t Know What Would’ve Happened If My Son Was In This Business. But I Do Know What Charlotte Has Done, And Like You Randy, She Is Much Better Than I Ever Was, Just Like You Have Surpassed Your Father. That’s it. pic.twitter.com/TNOsjSodVi

It’s assumed that the angle was crested to write Ric Flair out of the WWE storyline process for the time being although it’s yet to be confirmed. Reports are also out claiming that WWE actually wanted to do the happening, much sooner. But Vince McMahon constantly changes his mind and the taped attack didn’t air, until this week.

During Wrestling Observer Live, Bryan Alvarez informed that WWE originally wanted to show Randy Orton turning on Ric Flair, last week. But things were in full chaos going into last week’s tapings and they didn’t schedule this big betrayal angle. As a result, it was scheduled for the main event segment of this week’s episode. 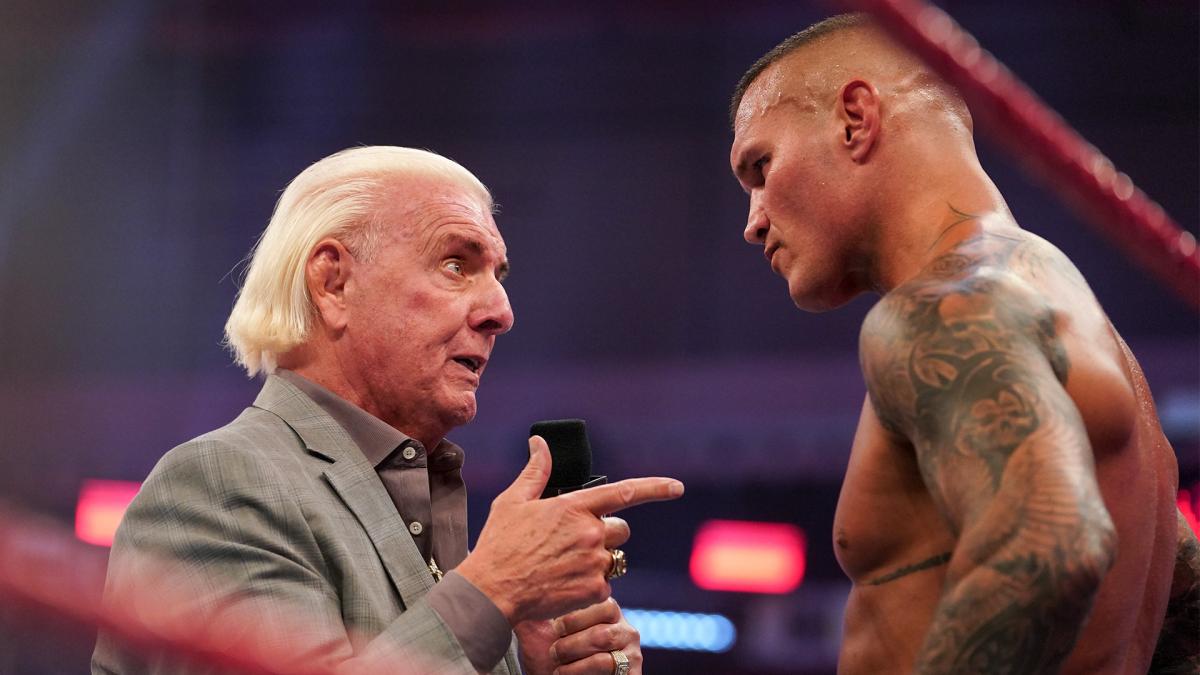 “This angle by the way, that you saw with Ric Flair, that angle was supposed to be the week prior. There was that weekend where Vince like threw out the RAW script 8 times and by the time it was time to do the show they have 2 segments — one of them was Randy Orton beats up Ric Flair. By the time the show ended they’d done one of the segments and they ended up doing this segment the week after.” (transcription by ringsidenews.com)

Ric Flair has now broken his silence who still has some great things to say about Randy Orton which makes things interesting. It turned out to be a very interesting storyline, where Orton picked up a big amount of heat heading into this year’s SummerSlam.