Roman Reigns has made a bold statement as he stands tall as still, the reigning, defending Universal Heavyweight Champion of the World following the Show of Shows. The main event of WrestleMania 37 Night Two saw The Head of The Table retain the WWE Universal Title over Daniel Bryan and WWE Hall of Famer & Royal Rumble 2021 match-winner Edge in a brutal Triple Threat.

This match witnessed interferences from Jey Uso from time to time alongside plenty of chair shots, table bumps, and multiple finishing moves from all the opponents. The finish saw Roman Reigns deliver Con-Chair-To’s to Edge and Bryan. He then pulled Edge over to Bryan to stack them up and then cover both the challengers for the pin to win.

Immediately after Wrestlemania 37 went off the air, Roman Reigns and Paul Heyman appeared on the WWE Watch Along live-stream with hosts from WWE’s The Bump on youTube. In the actual stream, their appearance occurred at around the 3:26:00 mark. The hosts asked the Universal Champion for some thoughts on the win but Heyman threw away his headset, calling their questions stupid.

Roman Reigns then took his time to point out how he gave a spoiler alert on that stacked Wrestlemania pin during the PPV’s go-home show, this past Friday night on Smackdown.

The Special Counsel then came up with his signature lines to The Tribal Chief. 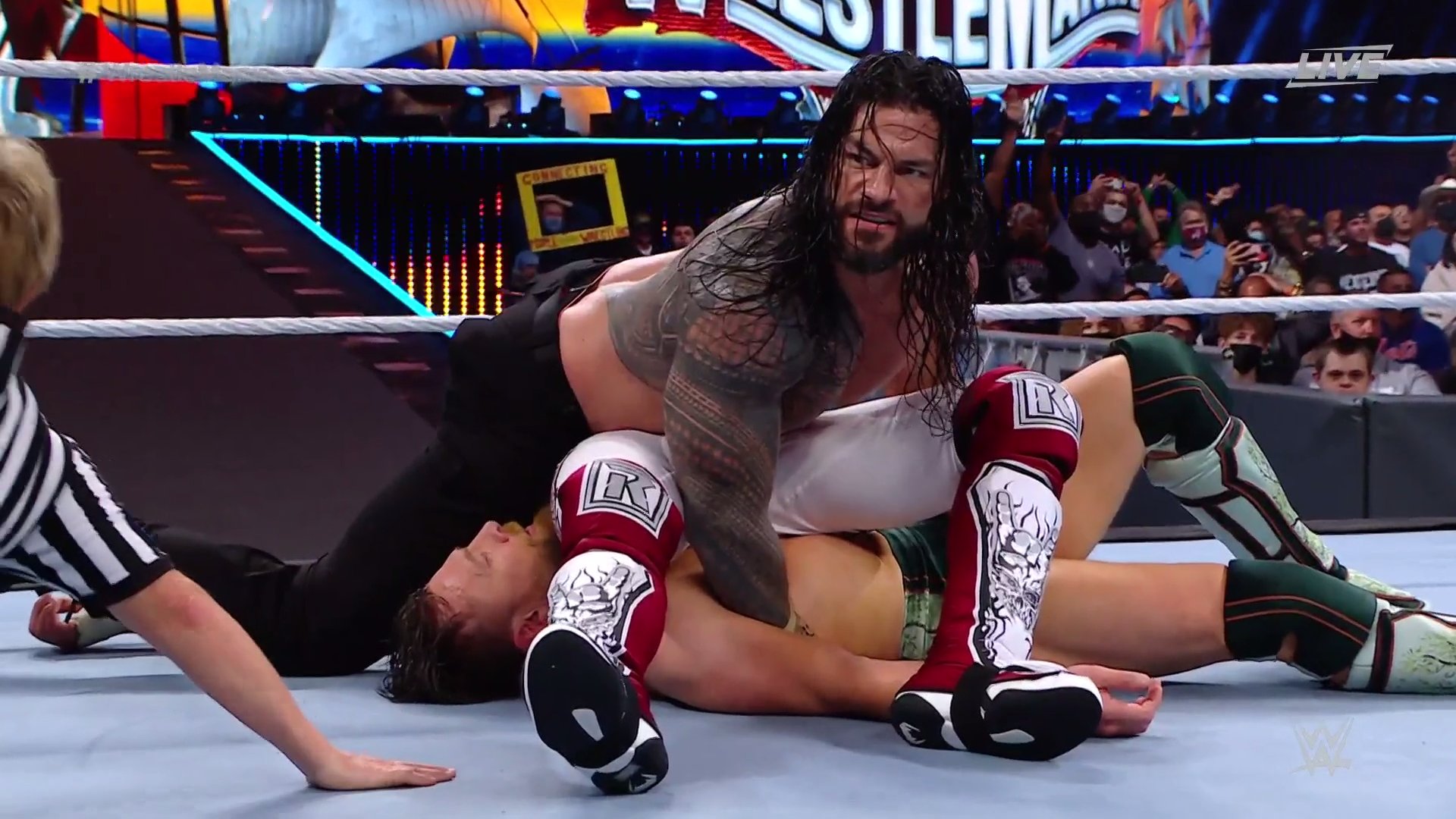 The hosts of the show wanted to throw away more questions at the Universal Champion but moved away from the camera demanding that they acknowledge him as the Tribal Chief.

Roman Reigns started his Universal Title reign, his second one with the title at Payback 2020 PPV by defeating The Fiend Bray Wyatt and Braun Strowman in a Triple Threat. After going through successful defenses against Jey Uso, Kevin Owens, and Daniel Bryan, he was put into this Triple Threat Title match at Wrestlemania but one way or the other, he still managed to keep the belt, intact around his shoulder.