Spoiler: Roman Reigns To Face WWE Legend At Hell In a Cell 2021

WWE Universal Champion Roman Reigns is all set to defend his title at Hell In A Cell pay-per-view event but not against Jimmy Uso. The earlier rumored match isn’t happening to prove the updated rumors true. Rather a fresh and first-time match will be going down at the upcoming PPV event as per the fallouts from this week’s SmackDown.

Reports suggest that Roman Reigns will be defending his Universal Title against Rey Mysterio at the WWE Hell in a Cell pay-per-view. The update comes from Dave Meltzer of F4wonline.com. Builds for the PPV on SmackDown have begun from this past week. The Tribal Chief took personal interest and ruined the main event tag team title match with a brutal attack on The Mysterios.

Braun Strowman: What Really Led To WWE Firing The Monster Among Men

Now Dave Meltzer provided an update suggesting that Roman Reigns will defend the Universal Title against Rey Mysterio at Hell in a Cell 2021. That explains why he opted to attack Rey and Dominik Mysterio to close out SmackDown this week. The report from Wrestling Observer stated the following about the title match situation,

“Dave Meltzer has confirmed that Reigns defending against Mysterio is the direction for WWE’s next pay-per-view event, which takes place on June 20. This follows an angle on Friday’s SmackDown where Reigns attacked Mysterio and his son, Dominik, preventing The Usos from losing a second match against the father and son team.” 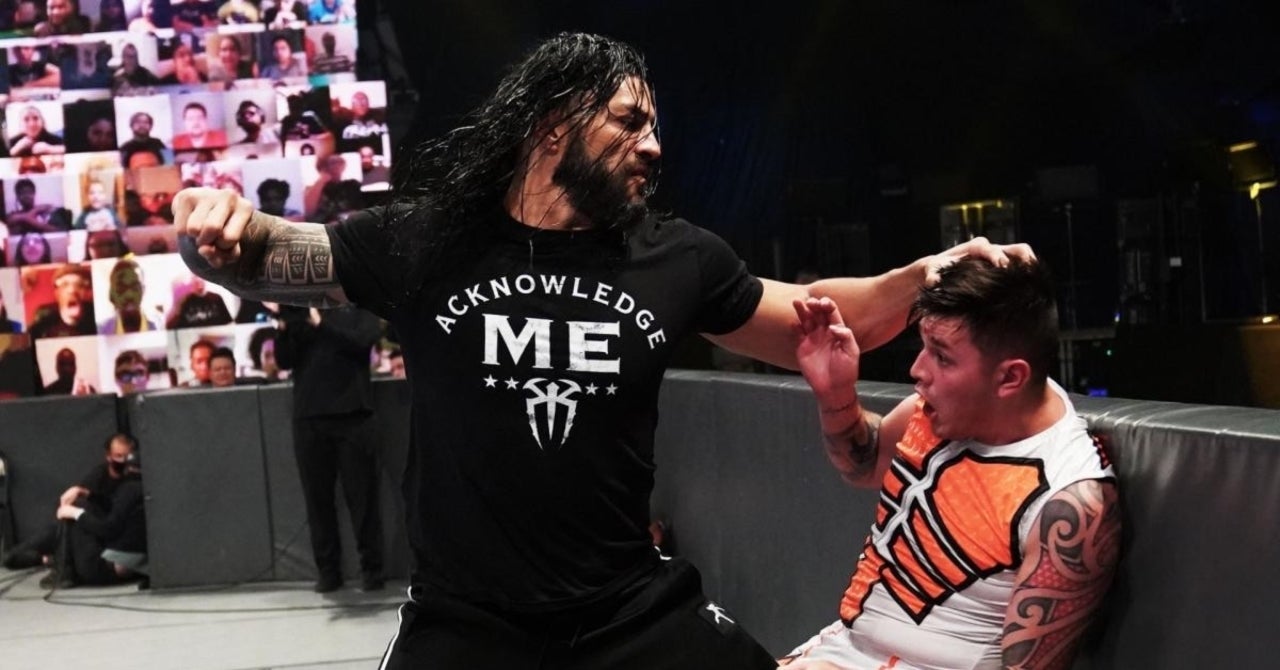 We will have to see how things will unfold in the next few weeks. It was not confirmed whether this match will actually take place within the Hell in a Cell structure. The assumption is that Roman Reigns vs Rey Mysterio will be a regular match, instead since they have just entered a feud.

This will be the first singles match between Roman Reigns and Rey Mysterio in the WWE. At present, The Universal Champion is rumored to go up against John Cena at SummerSlam 2021 although nothing is confirmed at this point.

That being said, the updated lineup for the upcoming Hell In A Cell PPV stands as follows,