Summerslam card was converted, bigger with the announcement of the Universal Title match on last night’s Smackdown. Plus, it was also confirmed that both the women’s titles will be on the line on the upcoming PPV event.

A big Triple Brand Battle Royal has been declared to go down on next Friday’s SmackDown on FOX episode. The winner of the match will challenge WWE Women’s Tag Team Champion Bayley for her SmackDown Women’s Title at SummerSlam.

WWE Chief Brand Officer Stephanie McMahon made her presence felt on Smackdown via video conference. She had a face-off with Bayley and her partner, RAW Women’s Champion Sasha Banks. She first addresses the frustrations showed by these two on social media towards her which wasn’t a pleasing experience, at all.

Stephanie then talked about Sasha Banks defending at SummerSlam 2020. Her opponent could turn out to be Asuka if Asuka can win the non-title qualifier match over Bayley on this upcoming Monday’s RAW. The Billion Dollar Princess then also mentioned that a Triple Brand Battle Royal will go down, next Friday night.

The exact participants of this match weren’t revealed but it was noted that the match could feature some of the enemies that The Golden Role Models have made in recent months on the WWE NXT, RAW and SmackDown brands. 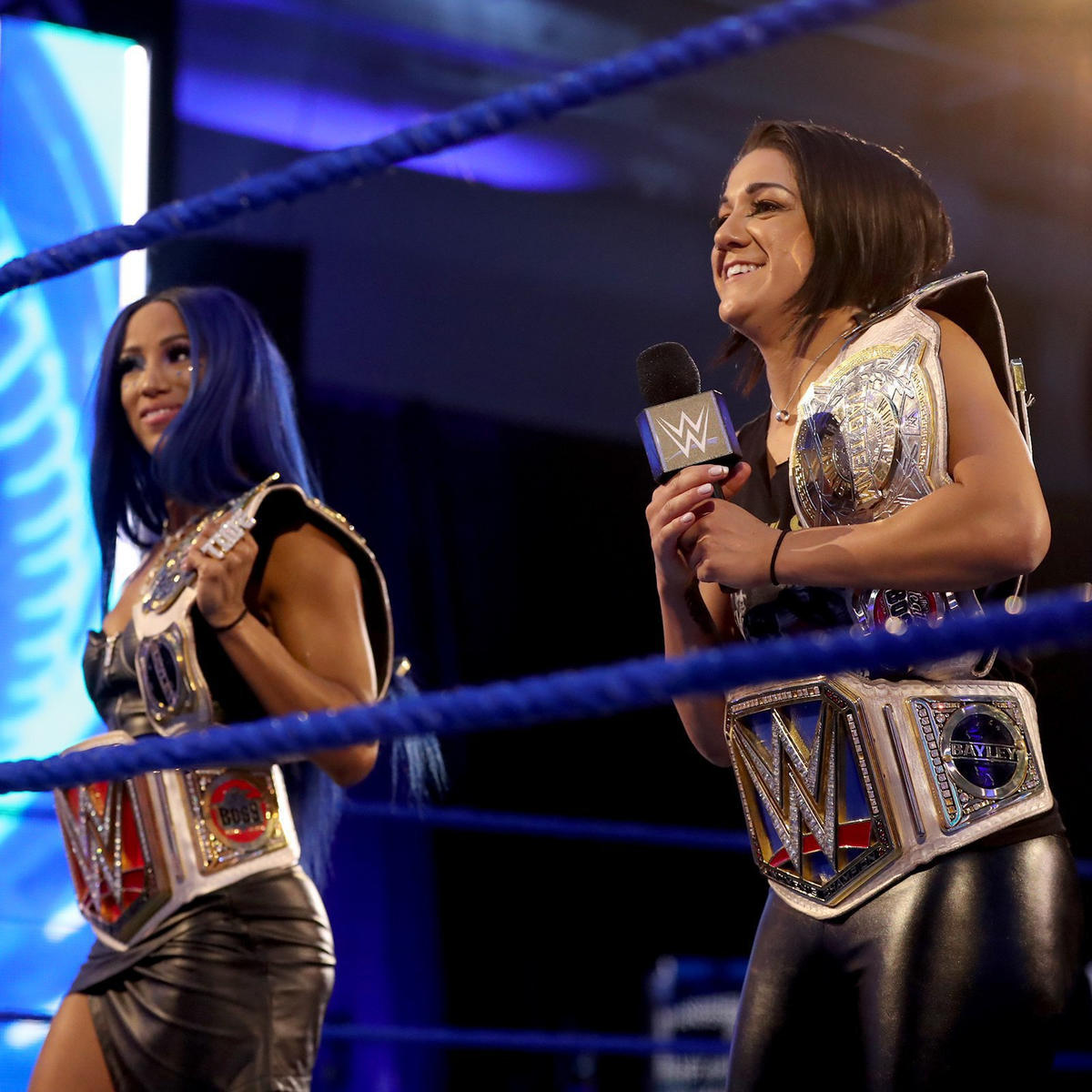 Sasha Banks has won the WWE Raw Women’s Championship via count-out, a couple of weeks ago when Bayley forced her opponent Asuka to leave the ring to make a save for best friend, Kairi Sane. As for Bayley, she’s holding the Smackdown Women’s Title since last year’s October.

2020 edition of SummerSlam pay-per-view is scheduled to go down on August 23. The location for the event is yet to be confirmed by WWE. The match card for the show, for now, is given below.