While most of the WWE Universe remember Sable as a Sex Symbol, some might agree that she is one of the most important women in the history of the company. Being the ‘original Diva’, she helped to usher in the ‘diva era’ for the female performers which later converted into the women’s division, in a few years.

There’s no denying that Sable was that first female wrestler in WWE that people actually cared about and wanted to see on TV amid all the famous male wrestlers. Controversies have also become synonymous with the blonde-head Diva that always kept her under the spotlight.

She became one hell of marketable persona alongside the likes of The Rock or Stone Cold, back in the days. Unfortunately, her career didn’t long last for different reasons. Meanwhile, you may want to check out these ten backstage stories about her those are pretty interesting. 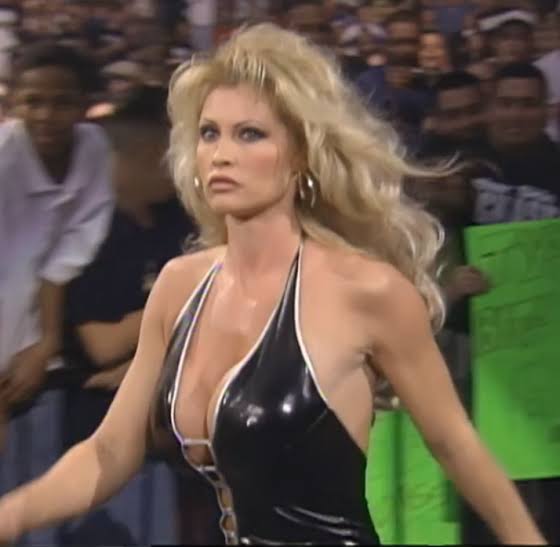 Russo used to be the head writer of WWE television benefited back in the Attitude Era days that helped the push of Sable. She was fond of the character played by her wanted to elevate her status, by any means. Contemporaries like Sunny has described Russo’s favoritism towards Sable as an obsession. Then WWE creative member Jim Cornette had also agreed to this.

Both these women used to be the two biggest female stars for WWE in the ‘90s and thus picked up bad blood with each other, very easily. While fighting for the top spot in the WWE roster, Sunny went on a rant against her nemesis, on several occasions. She has always been an outspoken Diva anyway unlike Sable who’s a private person.