Cut all the ties with wrestling

Despite short careers in pro-wrestling, there are several examples that superstars try to be relevant by hosting podcasts interviews or launching their own brands. Sable went into the exact opposite direction where she got detached from the industry after leaving WWE TV. She didn’t have many friends, here, anyway whereas the exceptions complained about losing contact with her. 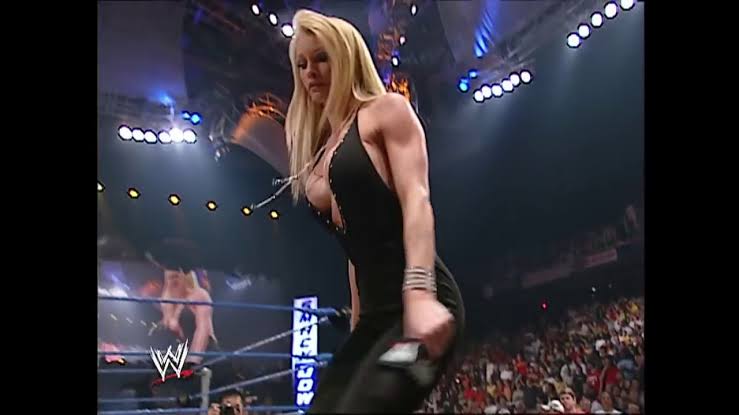 Tazz wasn’t prepared to get watered

In one of the bikini contests on SmackDown, host, and commentator Tazz declared Torrie Wilson as the winner based on crowd reaction whereas Sable actually received more cheers from them. The following week on SmackDown, Sable stood on the commentary desk and dance there before pouring water on Tazz. Perhaps, she vented out frustrations on Tazz who wasn’t informed about it, earlier.

USA Network wanted to book her on other shows

USA Network that is the home of Monday Night Raw in cable television always shared a great relationship with WWE who wanted to do cross-promotions with WWE. They realized how Sable’s popularity was taking the world by storm and thus requested WWE to allow her in other TV Shows or movies. She then featured in a relevant guest-starring role in the series named Pacific Blue.