On this week’s episode of WWE Raw, Jeff Hardy faced Elias in a “Symphony of Destruction” match which was eventful. Elias got electrocuted when he stuck a broken guitar handle into a speaker. Moments after this, Jeff Hardy hit a huge Swanton Bomb from the top of the steel ring post on his opponent placed on top of a Table on the floor outside.

While doing so, Jeff Hardy landed his head hard on the steel ring steps. It was a nasty bump, visibly that concerned the WWE fans. Thankfully though, he is doing okay while Elias isn’t dealing with much of issues after the mishap occurred during the match. Possibly these two won’t have to go through any sort of time-off. 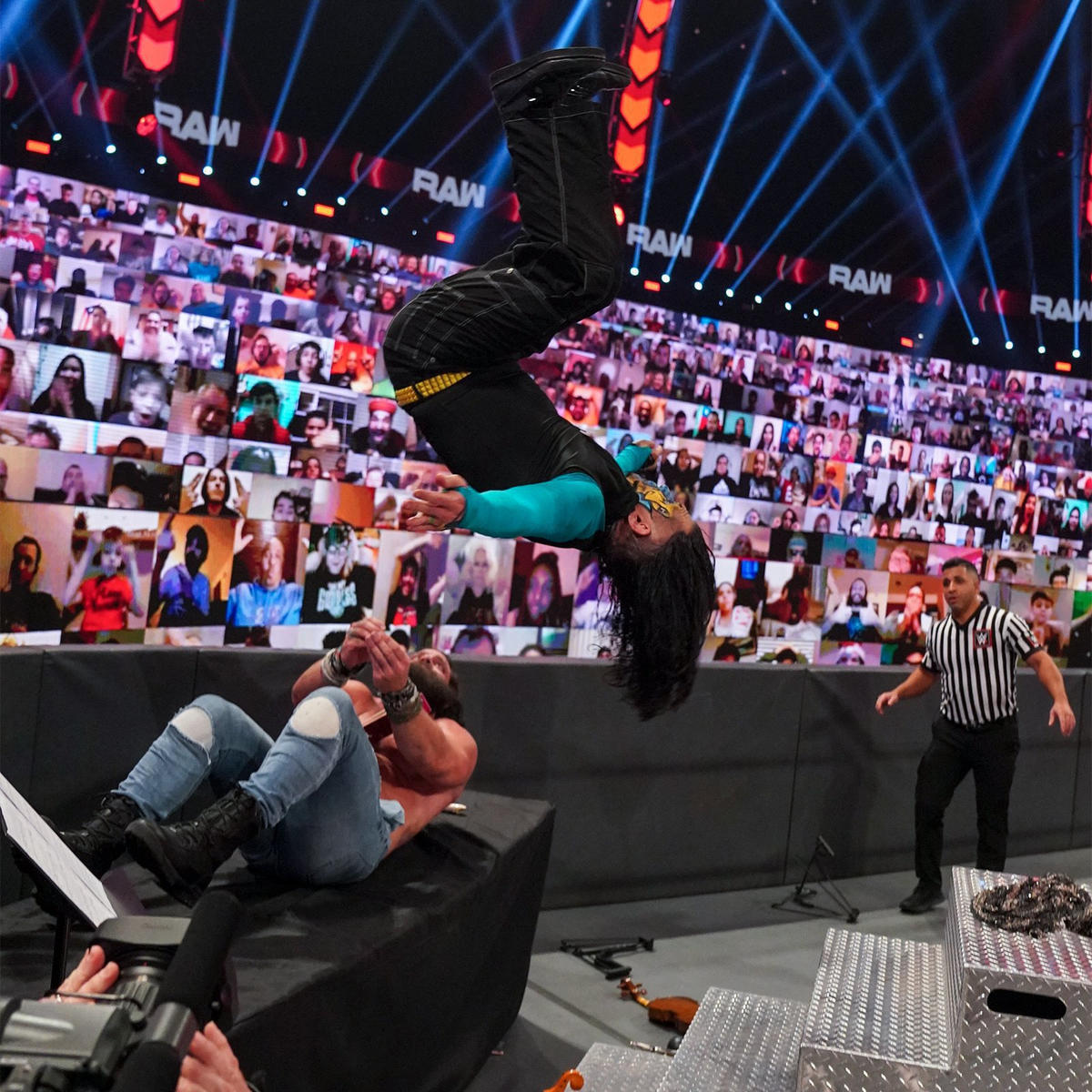 According to Sean Ross Sapp of Fightful, Jeff Hardy appeared to be fine after taking that scary bump on WWE Raw. Elias was also spotted a bit banged up after the match as more information around him could be out, soon.

“All indications are that Jeff Hardy was fine after tonight’s spot. I’ve asked about Elias, too, since the landing was rough. I haven’t heard back on that front.”

Jeff Hardy and Elias literally tore each other apart inside the ThunderDome on Raw as the match between them went down under No Disqualification and No Count-out rules. The two were able to use the musical instruments as weapons, all the way. They might haven’t injured, but they’ll likely be feeling that effect for some time, at least. 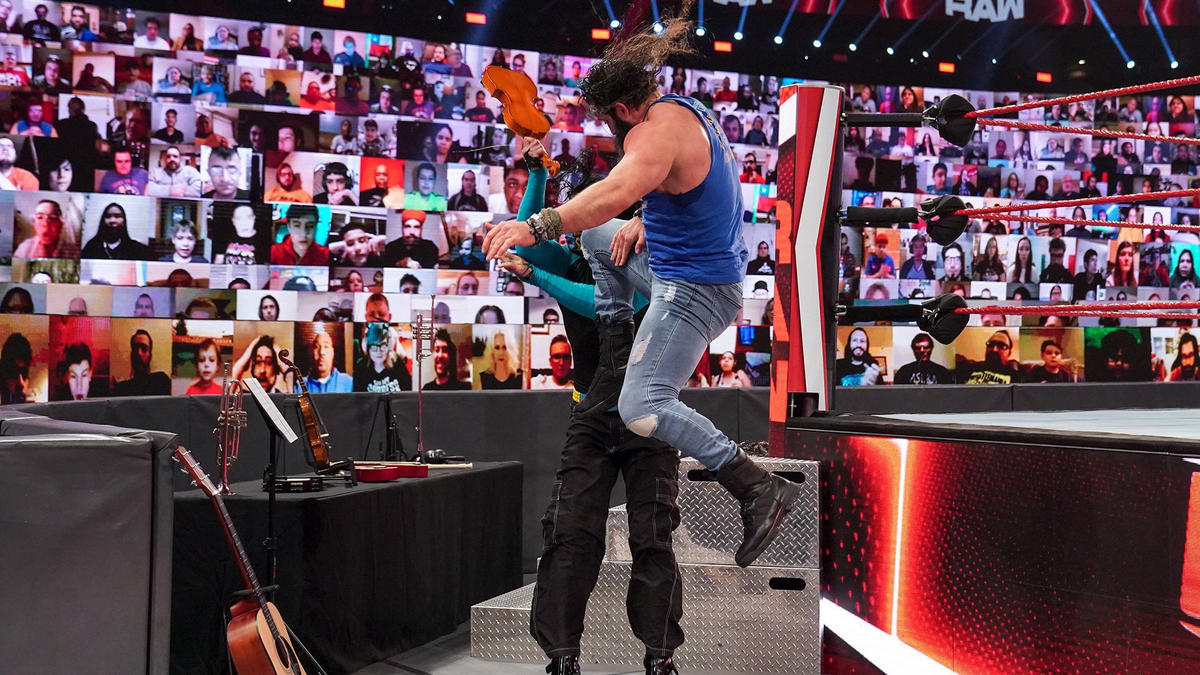 Elias apparently wasn’t following WWE programming during his injury hiatus, earlier this year. It was proven on SmackDown that Sheamus was the one who was involved with the hit-and-run case of Elias. The accuser did so by using Jeff Hardy’s car. But Elias wasn’t ready to hear all of those logics as this resulted in a feud between The Drifter and The Charismatic Enigma which might have ended with this Symphony Of Destruction match.

Elias learned a lesson from the veteran superstar after coming up short to Hardy on a couple of occasions in recent years. The spot that so many are talking about had Elias sticking his guitar handle into a speaker that electrocuted him. This allowed Jeff Hardy to capitalize and finish off the match after hitting the Swanton Bomb finisher, effectively.