A newly debuted look used by Sasha Banks at the Grandest Stage of Them All was unable to stop her losing streak. As seen in the main event of WrestleMania 37 (Night 1), Bianca Belair defeated her to win the SmackDown Women’s Championship. This was the second-only Women’s main event match in WrestleMania history while the first-ever WrestleMania main event with two black women performing in it.

Sasha Banks was all excited for the main event spotlight she was officially handed before Wrestlemania 37. But with another loss, her losing streak at the Biggest Event of the Year continues. The record book shows that she is 0-6 at Wrestlemania pay-per-view history. 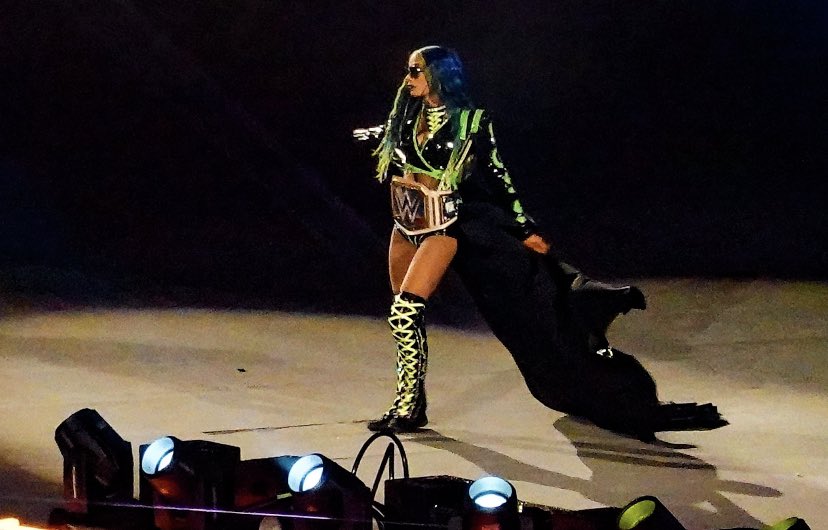 She has been on the card of the Show of Shows on six straight occasions but failed to clinch a win, there. Banks had added some green to her signature blue hair for the big match but that didn’t bring her any luck. As seen after the show, she became extremely emotional while dealing with her loss against Belair.

Sasha Banks is 0-6 at Wrestlemania

Sasha Banks made her WrestleMania debut back in 2016, competing in a Triple Threat Match for the Women’s Championship against Charlotte Flair and Becky Lynch. Flair won the match. The following year, she unsuccessfully challenged for the RAW Women’s Championship in a Fatal-4-Way match that was won by the defending Champion Bayley.

In 2018, The Boss was part of the Women’s Battle Royal and didn’t win it. In 2019 at WrestleMania 35, she walked into the show as the Women’s Tag Team Champion with Bayley to drop those belts to The IIconics Billie Kay and Peyton Royce in another Fatal-4-Way match. 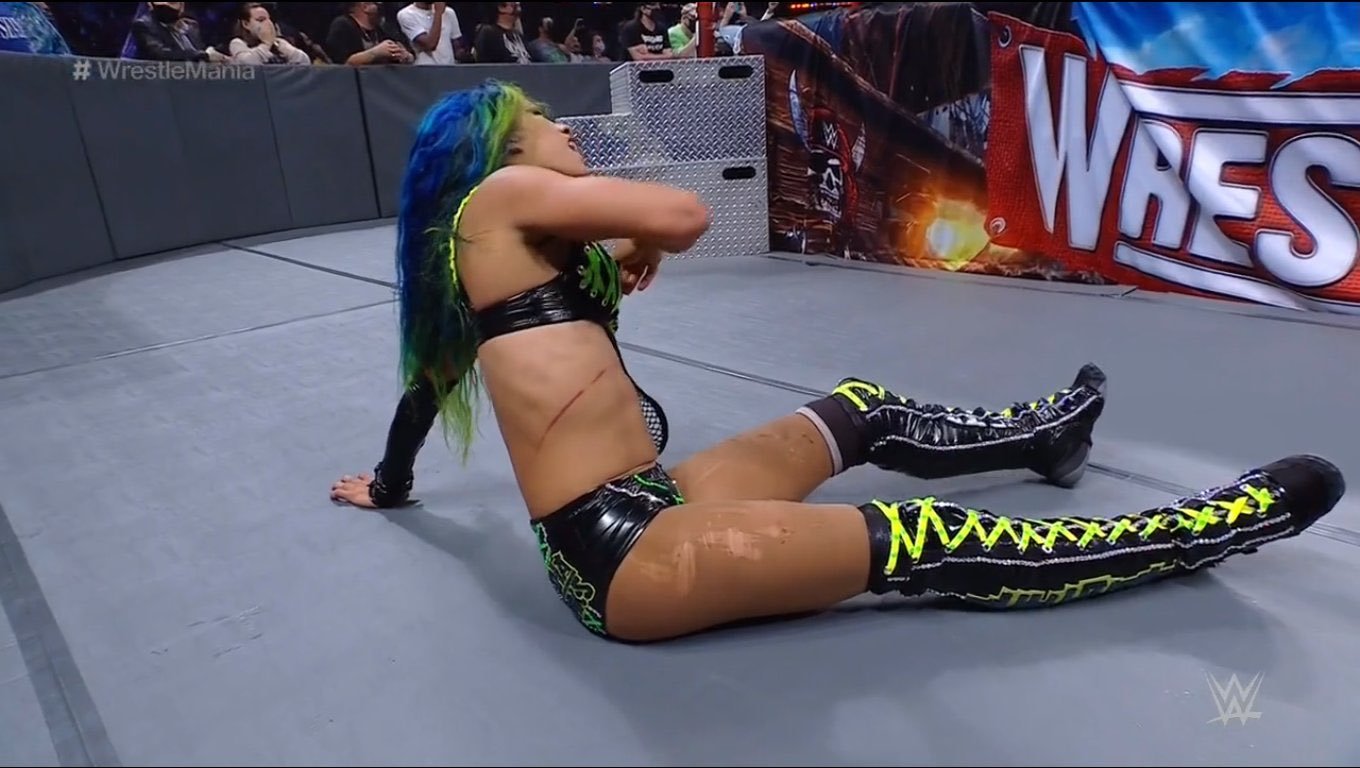 Following this loss, Sasha Banks also moved to a hiatus fueling up rumors of her departure which never happened. It was rumored that the cornerstone figure had a breakdown backstage after WrestleMania 35 as she was unhappy with the outcome of the match.

Last night, with the loss against Belair, the losing streak of Sasha Banks now stands at 0-6 who is one of the top superstars from the active roster who still doesn’t have a win at Wrestlemania. On the other hand, after WrestleMania 37 went off the air and Bianca went backstage, Montez Ford of The Street Profits (Bianca’s husband in real life) greeted her for picking up the biggest victory of her career. She also celebrated with her family on the main show to send it off the air.