Will Otis Cash-In Money In The Bank At WWE Summerslam 2020?

Going by the earlier reports, Money In The Bank briefcase holder Otis is a project of Vince McMahon’s own. The Boss is pretty high on the former NXT star who seems to be having all the tools to become a future champion. But it seems like, he’d have to wait for sometimes before becoming a world champion on WWE roster.

At present Otis is nowhere near in the title picture. It is likely that the current Universal Champion Braun Strowman will face The Fiend Bray Wyatt in the third match between them since WrestleMania 36. The upcoming match is likely to end the story between the two of them. A potential title change is assumed and we can’t count out Money In The Bank contract holder, too. Otis hasn’t been on the blue brand for a few weeks. But the tradition changed this past week as he was back with ladylove Mandy Rose. Fans have always been excited to see these two together At the same time, they’re also eager to know when Otis could probably cash in his Money In The Bank Contract.

But it’s not happening, soon, at least at SummerSlam 2020. As per the odds revealed by Bet WWE, the expectation is that the Universal Title match on August 23rd show will end in favor of Wyatt. The odds are heavily favoring the challenger that is the demonic persona of Wyatt in the form of The Fiend. It is expected that he’d win and close the show leaving short room for Otis for a potential cash-in.

The current betting odds show Bray Wyatt is the undoubted favorite with -500 odds by his name whereas Braun Strowman only has +275 odds for himself. Otis is currently listed at +1200 odds to successfully cash in his contract inside that Money In The Bank briefcase and win the Universal Title. 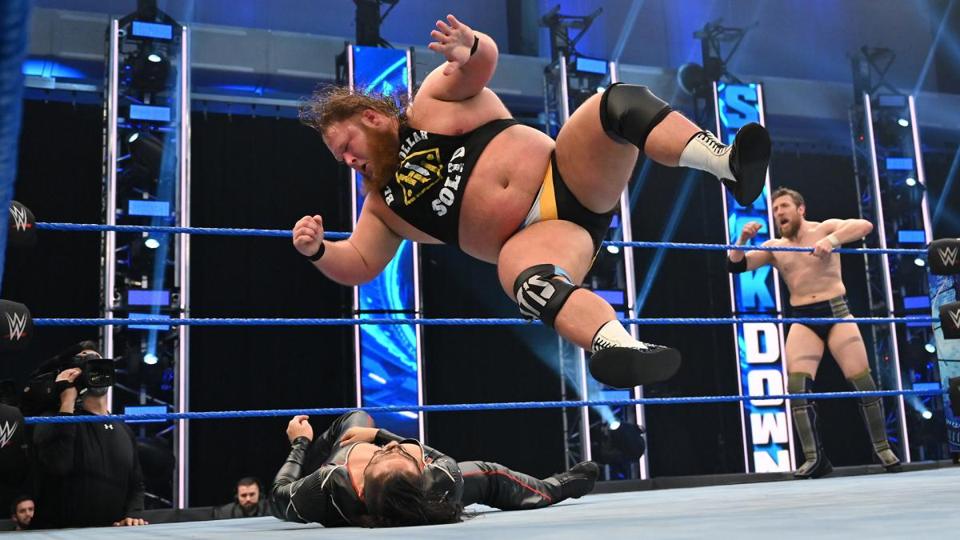 Overall, it’s unlikely that Otis will capture the biggest win of his WWE career on August 23rd at SummerSlam. He’d rather try to establish himself for the main event picture of SmackDown and then get the job done.