WWE tried hard to break the attendance record of SuperBowl 2021 with their live audience present at Wrestlemania 37. It seems they have been successful in doing so in a short margin after announcing the attendance of the bygone PPV.

The company has announced a sell-out crowd of 25,675 fans in attendance for Night One of WrestleMania 37 at Raymond James Stadium in Tampa, Florida. Previous reports already suggested that they have been expecting 25,000 fans for each night of the while they have planned to sell 75,000 tickets, overall which wasn’t the case.

WWE was forced to reduce the allowed capacity due to COVID-19 protocols maintained all over the stadium. So they had to stick with the 25,000 ticket-selling. Going by previous experiences, WWE usually increases the actual attendance during their announcement and there was no exception at Wrestlemania 37, too. However, there’s no confirmation on where they got those extra 675 fans from.

The official statement released on WWE.com regarding Wrestlemania 37, goes as follows,

“A sell-out crowd of 25,675 fans attended Night One of WrestleMania at Raymond James Stadium in Tampa Bay, Fla., with millions more watching at home on Peacock in the U.S. and on WWE Network around the world.

Adhering to local health guidelines, a limited number of tickets were sold for WrestleMania, with all in attendance seated in socially-distanced pods. Additional safety measures included health screenings and temperature checks prior to entry into Raymond James Stadium, mask requirements, social distancing, mobile ticketing, cashless concessions and enhanced sanitization throughout the venue.”

Wrestlemania 37 was affected by bad weather

The opening of Wrestlemania 37 was affected due to bad weather as fans were told to evacuate their seats at the Raymond James Stadium and move indoors. Per Fightful Select, some part of the set got damaged due to this and WWE had to re-build those portions,

“After the weather ripped down some of the WrestleMania set, we’re told that men in hard hats were sent up to fix flags that were on top of the set’s ship and anything else that needs adjusted.” 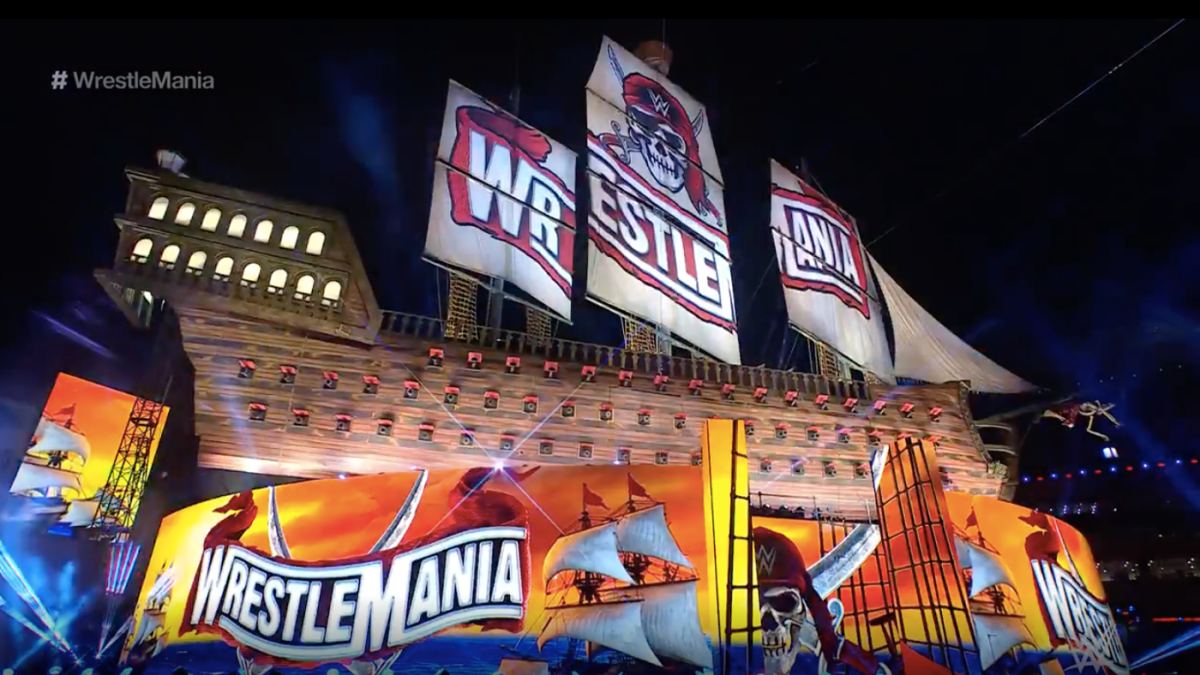 Overall, WWE delivered a pleasant experience to the fans with Wrestlemania Night One that ended with Bianca Belair winning Smackdown Women’s Title from Sasha Banks. Night Two will be streaming live on Peacock/WWE Network.

Some of the matches of the show include Roman Reigns (c) vs. Edge vs. Daniel Bryan in a Triple Threat Match for the WWE Universal Championship; Asuka (c) vs. Rhea Ripley for the Raw Women’s Championship; Randy Orton vs. The Fiend; United States Champion Riddle vs. Sheamus; Intercontinental Champion Big E vs. Apollo Crews (Nigerian Drum Fight); Kevin Owens vs. Sami Zayn and more.