Professional wrestling has witnessed some serious stunts in its history including those infamous hardcore matches we have seen in WWE or ECW history. Due to the global audience of nowadays, those crazy death-defying stunts are strictly banned from WWE programming but the independent scene is very much capable of those instances for one-off occasions.

Deathmatch Wrestling has received tons of attention with Dark Side Of The Ring focusing the spotlight on names like Nick Gage and late ECW Legend New Jack. Recently, Pro Wrestling Trainwreck held a show where a major stunt with fire was noticed. The videos went viral for all the right reasons which were watched by many on social media, causing a major stir. 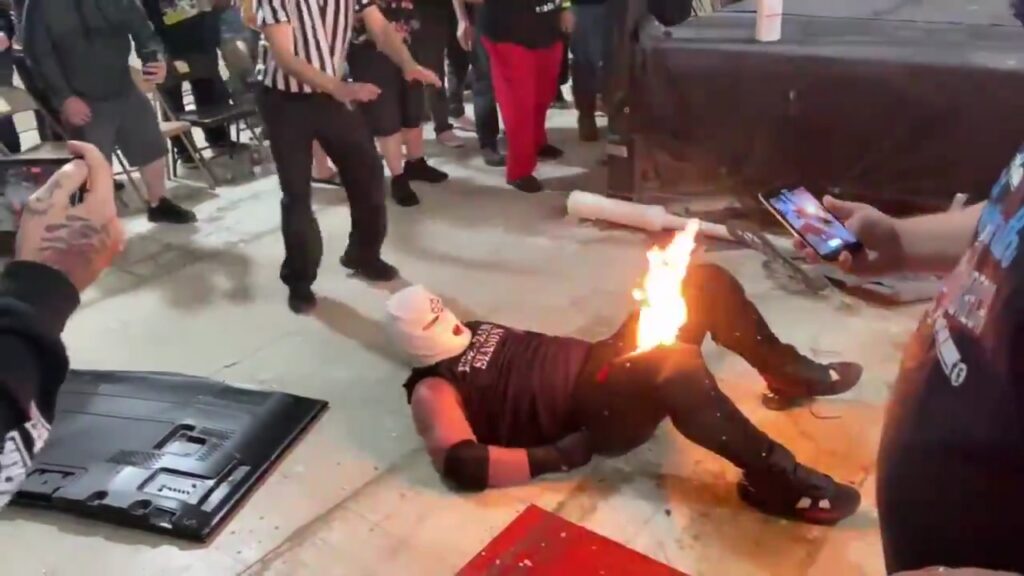 The video clip was shared on Twitter which witnessed one wrestler setting his opponent on fire. One of the videos received over 1 million views and tons of responses, making it a viral one. The spot was also a unique one where the wrestler opted to put the private portion of his opponent on fire instead of putting him through it.

This clip from Pro Wrestling Trainwreck showed the victim wrestler allowing his opponent to set his crotch on fire. The man on fire remained still as his opponent grabbed a weed wacker to hit him one more time right in the bathing suit area. While some found an old-school feel from the spot, some did have a hard time watching it since it’s been a non-PG moment. 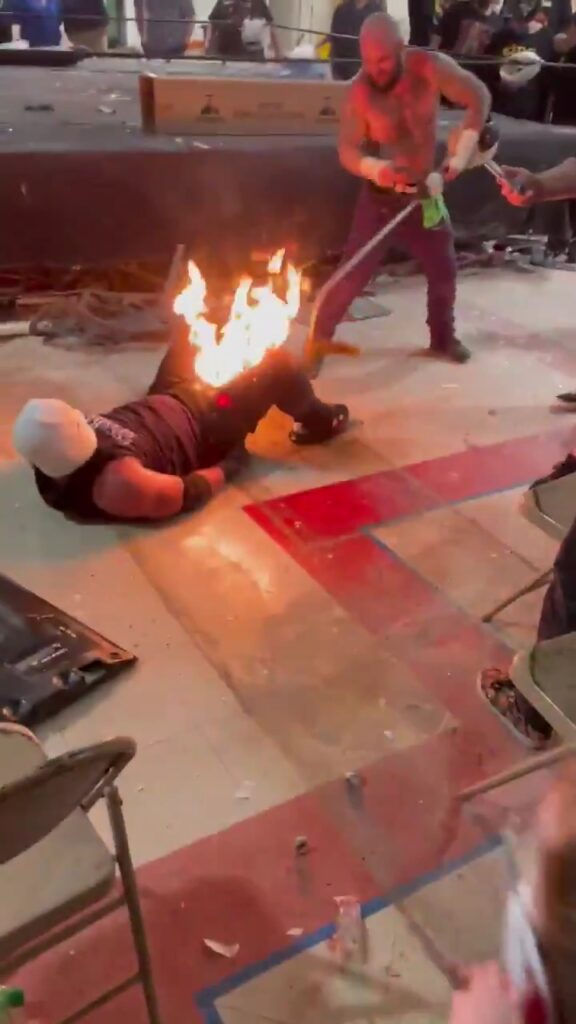 The spot, thereby also received a ton of criticism from fans who don’t appreciate this brand of deathmatch wrestling. The clip also received a lot of tags to Jim Cornette as he used to book these kinds of spots in the past. Thankfully, things have been toned down to a wide range on WWE products, these days as it can be watched with family and friends.

Recently, All Elite Wrestling promotion hosted their Blood and Guts event which had some of the talents covered in blood after their respective spots. WWE reportedly had the view that this show had dragged back things, three decades ago. In reply, AEW veteran Chris Jericho took to Twitter after WrestleMania Backlash to mention how things were taken 30 years back after the zombie invasion during The Miz vs. Damian Priest Lumberjack Match.