Lana isn’t having the best of times both on social media and WWE. She’s a social media queen by all means who continues to entertain the fans with her crazy antics, every now and then. The photos and videos she posts in the bikini attires are worth following her account be it on Twitter on Instagram. But not every person is happy about it. 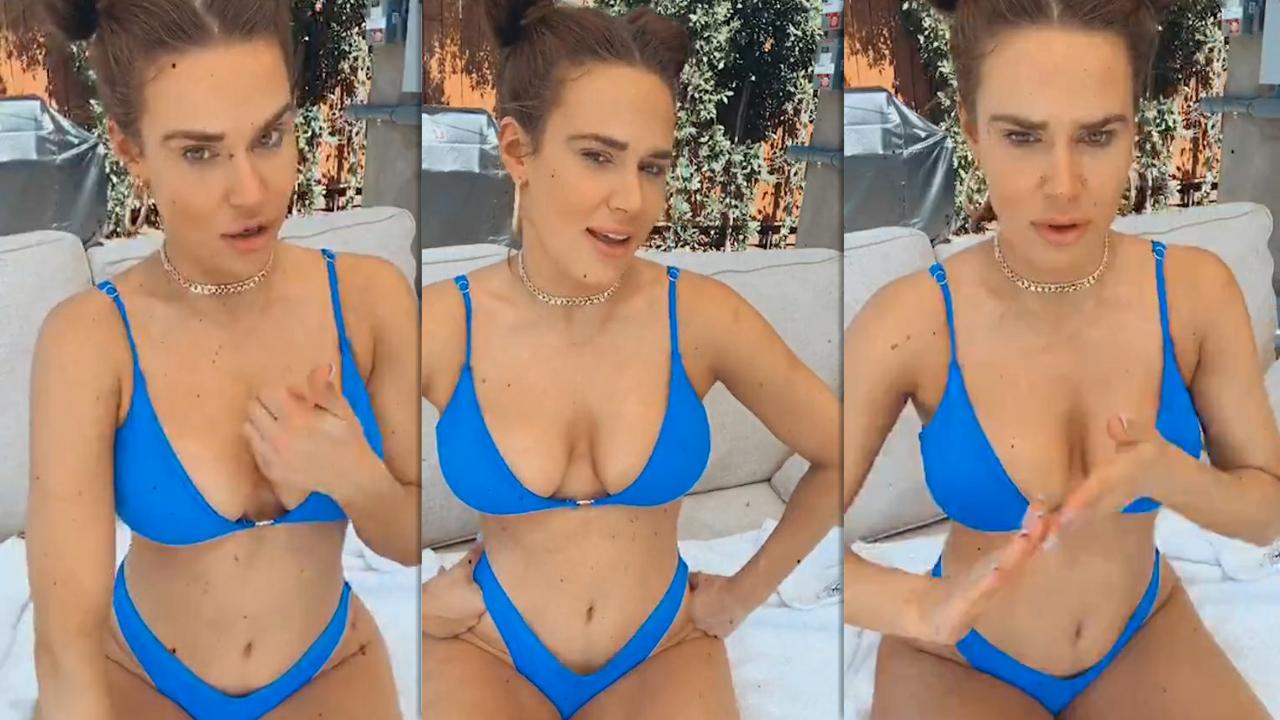 Apparently, some people are going bad mouth about her and she’s had enough. Lana is done with the cyber-bullies who mow came up with a threatening message of wanting to leave social media entirely if the trend doesn’t end. It also seems the negativity is surrounding her while her colleague receives praise.

As of now, Lana is forming a tag team on Monday Night RAW with Natalya. But above all, they’re constantly posting media on Instagram or TikTok doing their twinning things. The Ravishing Russian made a tweet saying that it blows her mind that the video posted to her social media with Natalya can draw such polar opposite reactions. Lana gets hatred from fans while veteran Nattie receives praise.

Lana Shows Off In Bikinis; Comments On Twitch Controversy

“It’s crazy to see me that I can post a video on my IG & get so much hate & cyberbullying comments & then @NatbyNature can post the exact same video and everyone say it’s the best TikTok ever! It’s the same video that I made…. why are all of you such bullies to me ?

If all of you keep coming at me in cyberbullying ways …. the entire household of @ToBeMiro & my social media will be turned off. Mental health is the most important. Cyberbullying can really affect someone’s mental health. Please have respect & stop cyberbullying me.”

Lana was actually serious while her husband was supporting her as always by pressing that retweet button. We’ll have to see whether the Raw star ends up taking down her Insta or Twitter accounts. But her millions of followers will be upset with this, for sure as the scorcher won’t grace their timeline, anymore. However, cyber-bullying is the worst practice that needs to be barred at any cost.