A Haunted House of Terror match has been confirmed for the special Halloween Havoc edition of WWE NXT that will go down next Wednesday night on the USA Network. The match will feature Cameron Grimes taking on Dexter Lumis. The two Superstars have been in the middle of a rivalry on the black and yellow brand in recent weeks and it was expected that WWE would eventually put them into a match.

Another notable announcement regarding the upcoming episode of WWE NXT is that Wade Barrett has challenged his announce desk colleague Vic Joseph to a Halloween costume contest for next week’s WWE NXT show. At present, four matches have been confirmed for next week.

The special Halloween Havoc edition of WWE NXT will air Wednesday, October 28 from the Capitol Wrestling Center in Orlando, Florida. Here’s the updated card for the event.

On a related note, last night’s episode witnessed Oney Lorcan and Danny Burch becoming new WWE NXT Tag Team Champions. The main event of the show saw Burch and Lorcan defeat Tyler Breeze and Fandango to win the titles but this wasn’t a clean pin as Pat McAfee returned to help the winners.

This is the first title reign for Lorcan and Burch while Breezango won the titles back on the August 26 NXT episode, by defeating WWE NXT UK’s Imperium. The second title defense for Breezango since winning the belts appeared to be unsuccessful. 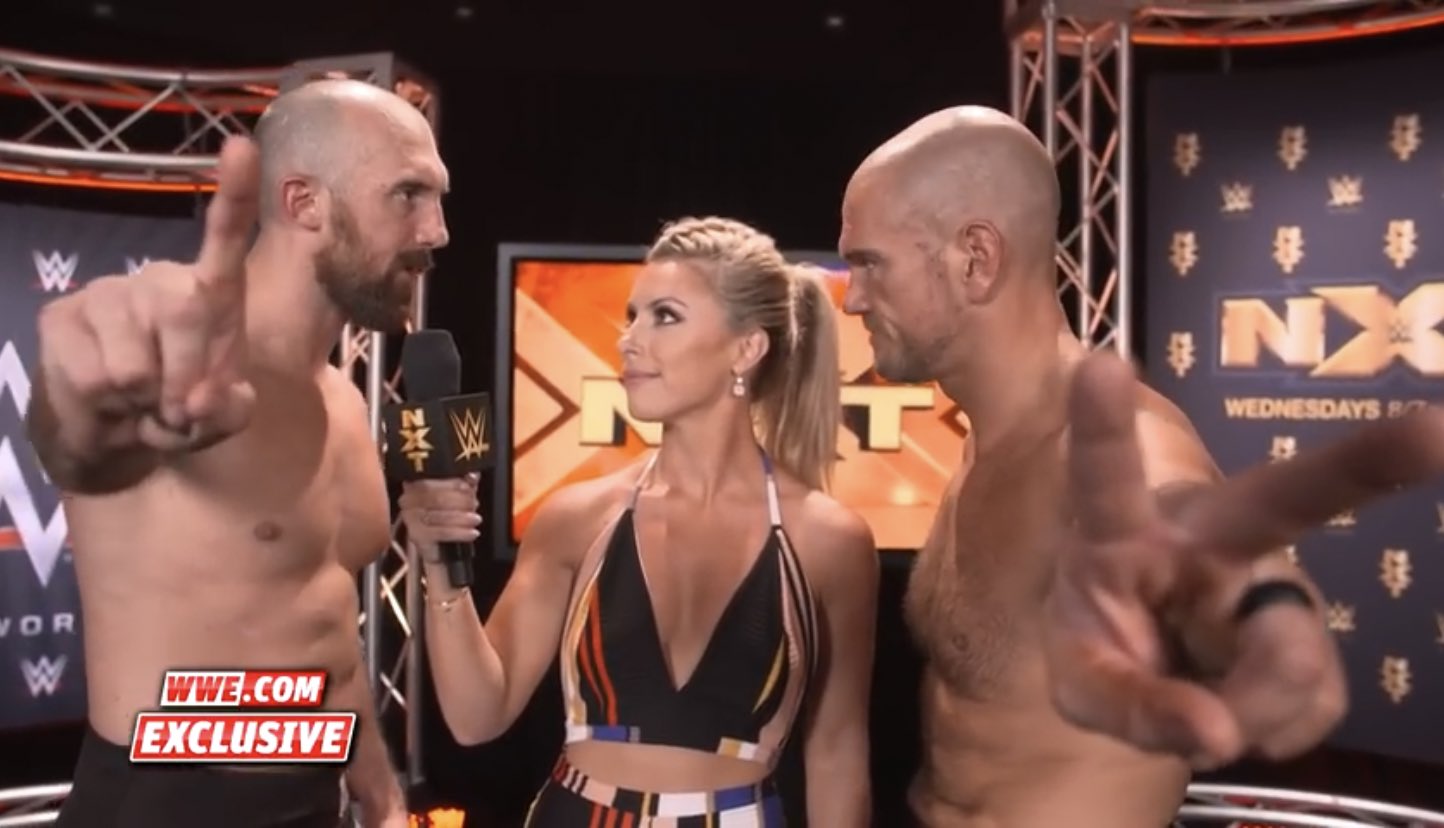 The match was originally supposed to have Roderick Strong and Bobby Fish vs. Breezango but Fish was attacked earlier in the night, and taken to a local medical facility for an MRI. Kyle O’Reilly was then paired with Strong, but the latter one was also attacked, backstage. WWE NXT General Manager William Regal then put Lorcan and Burch in the main event after O’Reilly wasn’t really willing to tag with anybody else than the Undisputed Era members.

The finish of the match saw a masked man trying to attack Breezango. Breeze took a low blow from Burch who also digest the double team move for the pin. The masked man then disclosed himself to be Pat McAfee who taunted The Undisputed Era by introducing Lorcan and Burch as the new WWE NXT Tag Team Champions. McAfee could be the one who paid Ridge Holland to attack Adam Cole at “Takeover: 31” and also the one who attacked Strong and Fish, last night.