– Isaiah “Swerve” Scott defeated Leon Ruff in a Falls Count Anywhere Match in the opening contest of WWE NXT. AJ Francis interfered and threw Leon over the barricade after which Scott hit the JML Driver on Ruff for the win. 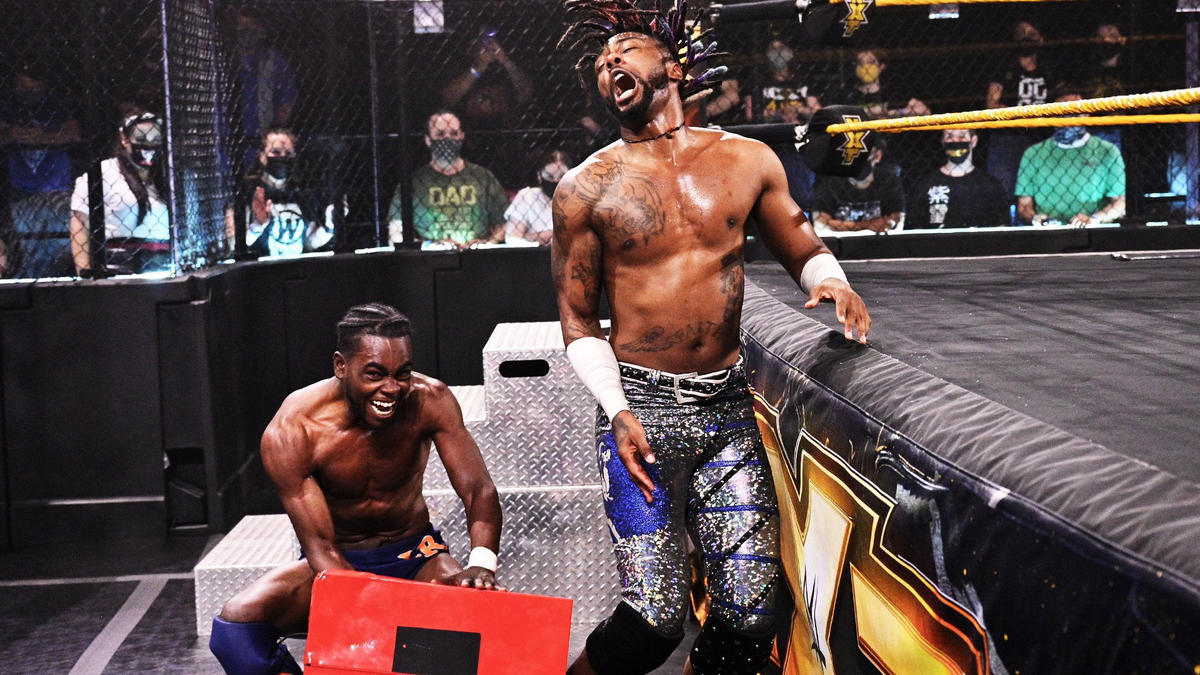 – Cameron Grimes defeated Asher Hale in a singles contest. The pinfall win came after Grimes hit the Cave-In on his opponent. 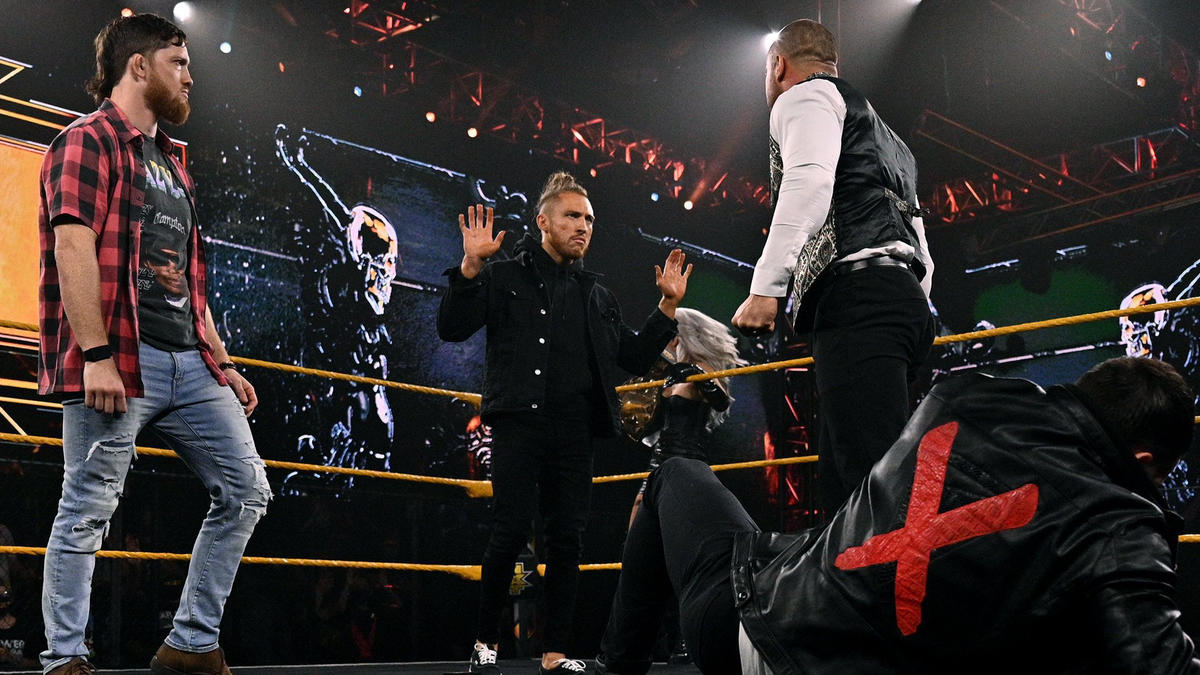 – WWE NXT Champion Karrion Kross appeared on the show to mention that he issued a challenge, three weeks ago to anyone who steps up and faces him for the NXT Title, but no one is ready to step up. Kyle O’Reilly, Pete Dunne, and Finn Balor then came out as they wanted a title shot. They eventually started fighting. Johnny Gargano and Austin Theory then came out who attacked Kross in the ring.

– Sarray defeated Zayda Ramier after dropping her with a big suplex on the neck.

– WWE aired another vignette for Diamond Mine. Tony Storm went on a rant about current rival Zoey Stark.

– Legado Del Fantasma – Santos Escobar, Raul Mendoza and Joaquin Wilde came out to issue a challenge to MSK for the WWE NXT Tag Team Championship. NXT Cruiserweight Champion Kushida interrupted and challenged Santos Escobar to a rematch for the Cruiserweight Title. Escobar accepted his challenge as this will now be a 2 Out Of 3 Falls match, next week. 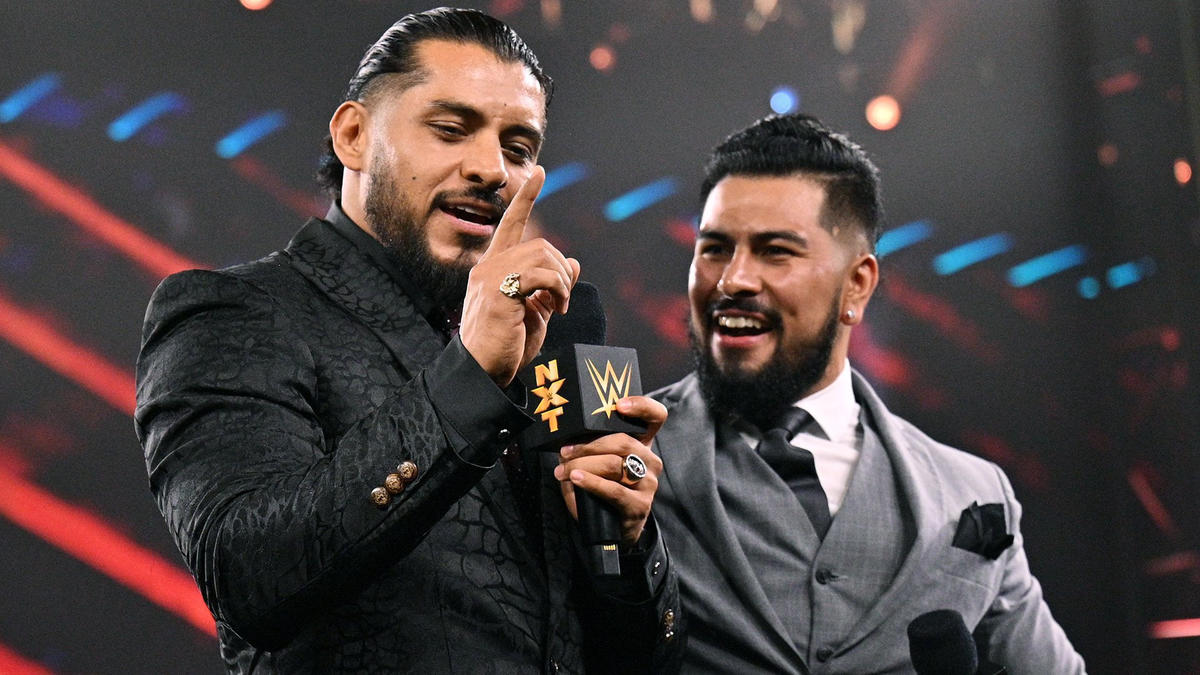 – WWE NXT Women’s Champion Raquel Gonzalez vs. Mercedes Martinez in a Title Match was hyped up where Mercedes promised to end Raquel’s Title reign. Raquel mentioned that Martinez will be her first challenger for the title, but won’t be the last.

– Cameron Grimes was shown to get into a club called The Vanguard, but the bouncer informed that the entire club has been rented out by WWE Hall of Famer “Million Dollar Man” Ted DiBiase who came out of a limousine and said, “Don’t just rent a booth… when you can buy the whole place!” and “Everybody’s got a price for The Million Dollar Man!” The promo was followed by his signature laugh as DiBiase entered the club. Grimes threw a fit outside the club. 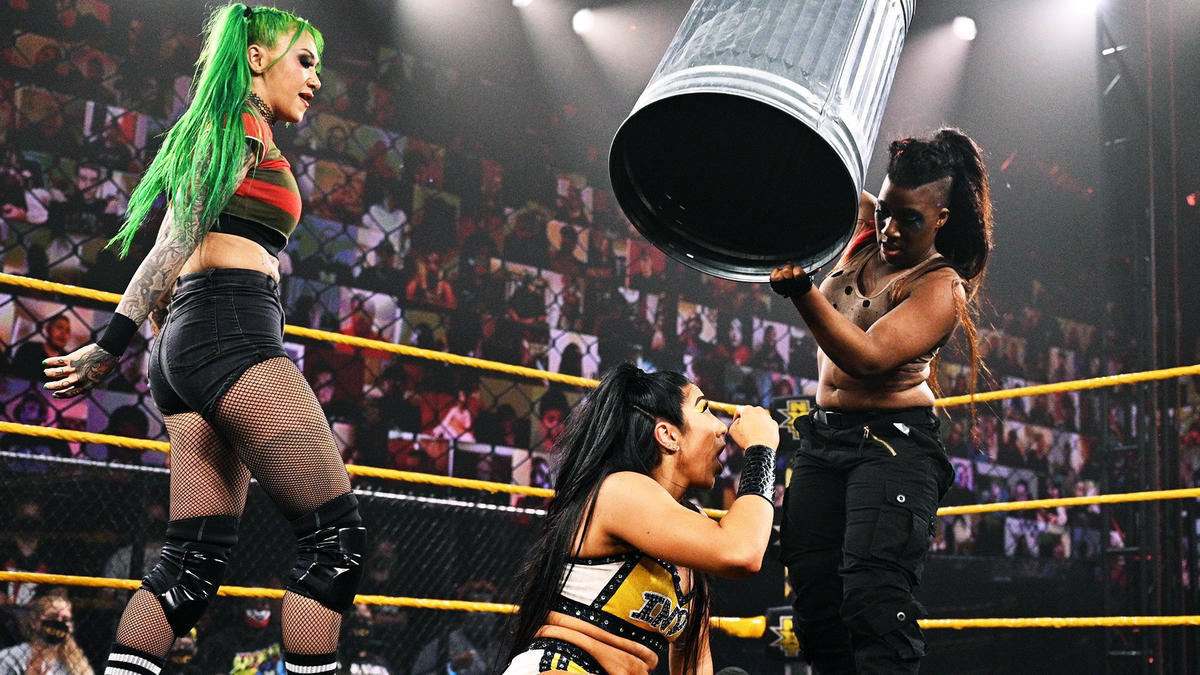 The Way – Candice LeRae and Indi Hartwell defeated Ember Moon and Shotzi Blackheart (c) in a Street Fight to win WWE NXT Women’s Tag Team Championship in the final match of the night. Indi put Moon through a table while LeRae took out Shotzi with a pair of brass knuckles before pinning her using the Wicked Stepsister into a chair.