2021 edition of WWE NXT Men’s Dusty Rhodes Tag Team Classic continued during last night’s episode on the USA Network. A couple of Quarterfinal matches went down as two teams advanced to the semi-finals. 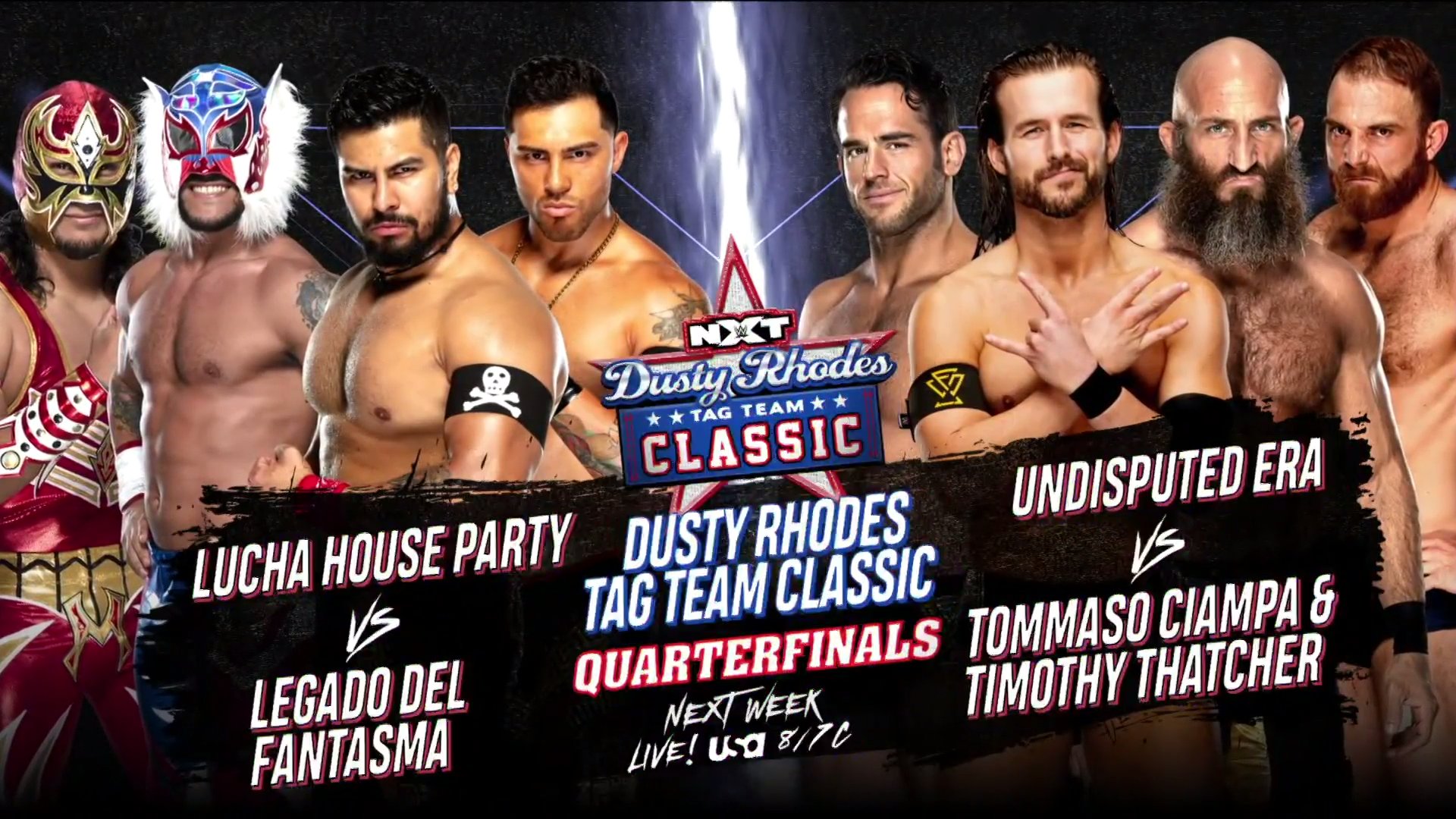 The two remaining quarterfinals match for the men’s Dusty Classic tournament will also take place on Wednesday’s NXT episode. The lineups are – Lucha House Party vs. Legado Del Fantasma and The Undisputed Era vs. Ciampa and Thatcher.

A first-round match of the 2021 WWE NXT Women’s Dusty Rhodes Tag Team Classic was also there on this week’s episode which saw Dakota Kai and Raquel Gonzalez defeat Aliyah and Jessi Kamea to advance to the next round. Kai and Gonzalez are now scheduled to face Team Ninja (Kayden Carter, Kacy Catanzaro), who defeated Toni Storm and Mercedes Martinez in another first-round match last Wednesday.

It was confirmed that Kai and Gonzalez vs. Carter and Catanzaro will air on the next WWE NXT episode. The Way (Candice LeRae, Indi Hartwell) vs. the winners of Shotzi Blackheart and Ember Moon vs. Marina Shafir and Zoey Stark will air, a week later. Blackheart and Moon vs. Shafir and Stark matchup, is yet to air. It could happen this Friday night on WWE 205 Live, or on next Wednesday’s NXT.

WWE NXT General Manager William Regal then confirmed Stallion vs. Escobar for next Wednesday with the title hanging on the balance. Regal was furious with the heel faction’s actions who noted that if Stallion is somehow mysteriously attacked again, next week, then all three members of Legado Del Fantasma will have to face consequences.

The stacked card for the February 3rd WWE NXT episode stands as follows,