SummerSlam was scheduled to go down from the TD Garden in Boston, Massachusetts late August. But as predicted earlier, the COVID-19 pandemic forced the company to change its plans. Now the biggest event of the summer has to be moved to a different location. WWE has now officially announced that the event won’t be taking place in the city of Boston.

Evolution: Rumor Killer On WWE Bringing Back The All-Women PPV 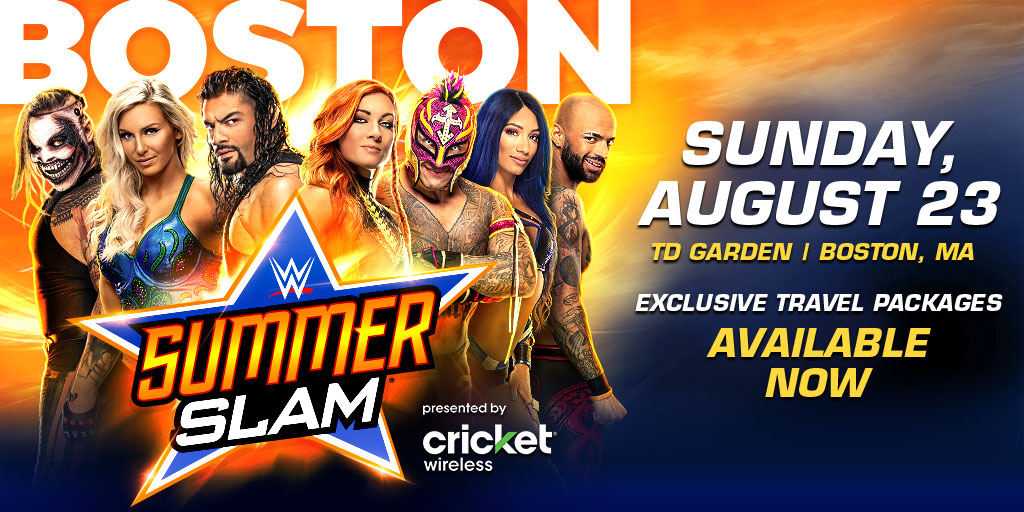 In the statement released on WWE’s different social media platforms, they clearly mentioned that Boston will no longer be hosting SummerSlam 2020. They will be giving away refunds to any fans who purchased tickets. The company had high hopes to host the show in this city and they have been selling tickets up until last week.

#SummerSlam will no longer take place in Boston. Refunds are available at the original point of purchase. We are grateful to the city of Boston for their partnership and look forward to holding WWE events at @tdgarden in the future.

Following the cancellation of WrestleMania 36 at the Raymond James Stadium in Tampa, Florida, WWE wanted to host an extravaganza in SummerSlam at the TD Garden. They were waiting for the very last moments hoping they could organize the show in Boston, any means possible. But that wasn’t obviously going to be the case.

Boston Mayor clearly stated in an earlier conference that he won’t allow large gatherings in the city until at least September 7th, Labor Day. He also instructed the promoters to keep finding backup options as they won’t be allowing any exceptional cases, as well which blew the final chance for WWE around SummerSlam. As a result, WWE had to state the following,

“#SummerSlam will no longer take place in Boston. Refunds are available at the original point of purchase. We are grateful to the city of Boston for their partnership and look forward to holding WWE events at @tdgarden in the future.” It was believed that SummerSlam could go down at the Performance Center in Orlando, Florida but WWE could alter the host venue to wipe out the monotonous situation as they’ve been continuously hosting shows here, ever since March.