The potential main event for next week’s WWE Raw has been declared where two top stars will be colliding. Kevin Owens will be competing against Randy Orton in a singles contest before the latter goes into a title opportunity at Summerslam.

Last night’s WWE Raw witnessed a face-off between Drew McIntyre and Randy Orton to hype up their Summerslam match. It ended with the WWE Champion promising that he won’t digest an RKO, ever again and will also teach a lesson to The Viper for taking out the legends of the WWE. 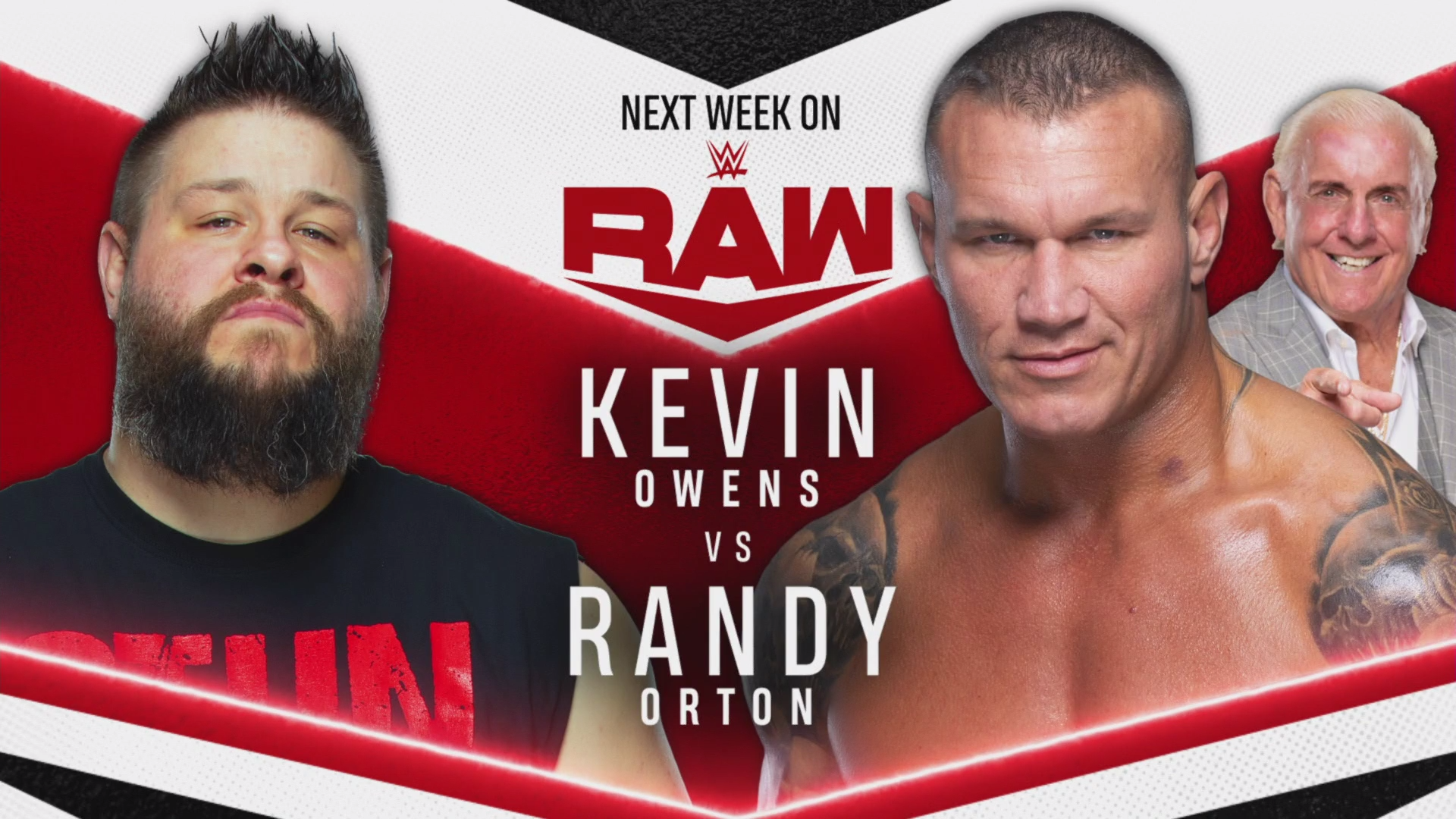 Once this segment was over, WWE Hall of Famer Ric Flair walked up to Kevin Owens to have a backstage talk with him. Owens said he wants to be what Randy Orton could be. Flair, as Orton’s manager, said that he’d be in and Owens needs to listen to his advice.

They go on and Flair stated maybe Owens could get a title shot like Orton if he would just listen to Flair. Owens instead told Flair that he’d meet with Orton in the ring, next week to show what he’s made of to set up the match on WWE Raw.

As per the stipulation declared by the reigning champion Banks, Asuka will earn a RAW Women’s Title shot at SummerSlam if she can defeat Bayley next week. 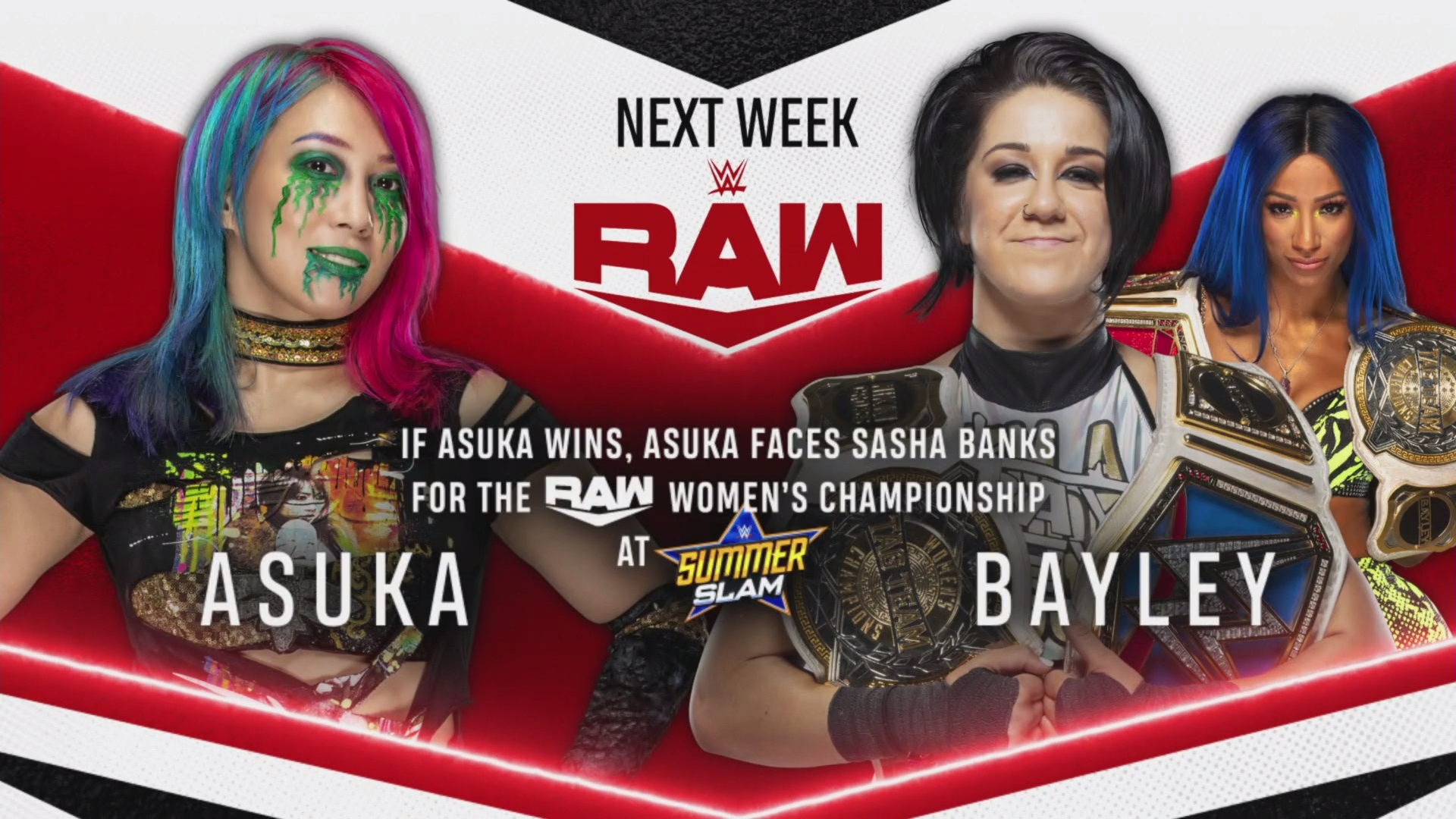 Last night’s WWE RAW saw Shayna Baszler fight, Sasha Banks, in a match that ended via a No Contest as Asuka pounced on Bayley to deliver an attack. After the match, Baszler confronted Asuka and said she will be rooting for her at SummerSlam so that she can then dismember Asuka while taking away the WWE RAW Women’s Title from her.

It was last week when Sasha Banks won the title from Asuka as the latter was counted out by the referee. She tried to save buddy Kairi Sane from a backstage attack from Bayley and ended up losing the belt.