As seen on the show, the final segment for Smackdown was supposed to be a verbal confrontation between Undisputed WWE Universal Champion Roman Reigns and his title challenger at Clash at the Castle, Drew McIntyre which was taken over by the returning Karrion Kross. 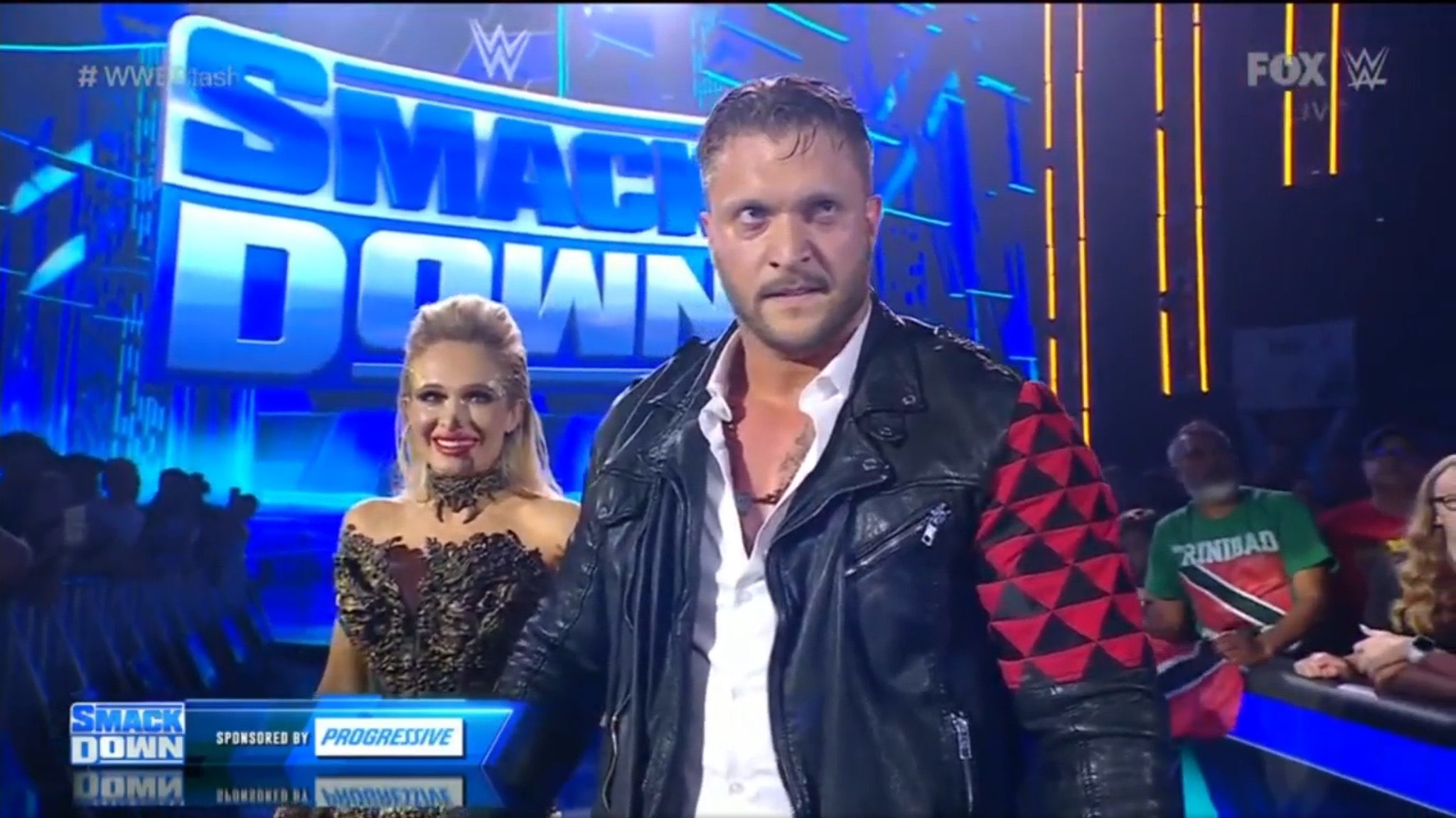 Reigns came out in the ring with his dual titles and The Bloodline surrounding him. Reigns said the following about Brock Lesnar whom he defeated at Summerslam in a Last Man Standing match to retain his belts,

“I hate Brock Lesnar, but I respect that man.”

Reigns then said he hates Lesnar because he put Paul Heyman in the hospital by F5-ing him through the announce table. Afterward, he was interrupted by McIntyre’s music. The two-time WWE Champion entered and stood at the entrance ramp with a microphone in hand.

McIntyre then asked the crowd to give him a pop if they want him to destroy The Bloodline right now. Karrion Kross’ “Fall and Pray” music then hit the entrance. The silhouette of Scarlett was visible in the entrance area while Kross attacked from behind, coming out of the crowd.

Karrion Kross took down McIntyre and repeatedly slammed his head against the steel ring steps as Reigns and the Undisputed WWE Tag Team Champions The Usos looked on from inside the ring. Scarlett then joined her husband at ringside and placed a full hourglass on the ring apron. The grains of sand started to flow to the other side as SmackDown went off the air. It was a signal that the returnee is coming after Reigns and his championships.

Karrion Kross has worked for the WWE from early 2020 until November 2021 on the WWE NXT brand. He was a dominant force by winning the NXT Championship twice during his short tenure. Once he was called up to WWE’s main roster, his momentums came to an end. WWE also never allowed Scarlett to be around him after the call-up on Raw.