WWE SmackDown will continue traveling through the Road to WrestleMania 37, this week by building up the storylines around the already confirmed title matches and more. Except for an appearance from celebrity Logan Paul, no segment has been confirmed for the show, yet but we expect a compact episode from the Tropicana Field in Tampa Bay, Florida.

WWE had officially converted the Universal Championship Match at WrestleMania 37 to a Triple Threat. Per the announcement from, WWE Producer Adam Pearce Daniel Bryan and WWE Hall of Famer Edge will challenge WWE Universal Champion Roman Reigns in the Triple Threat which should be the main event for Night Two of the Biggest Event of the Year. 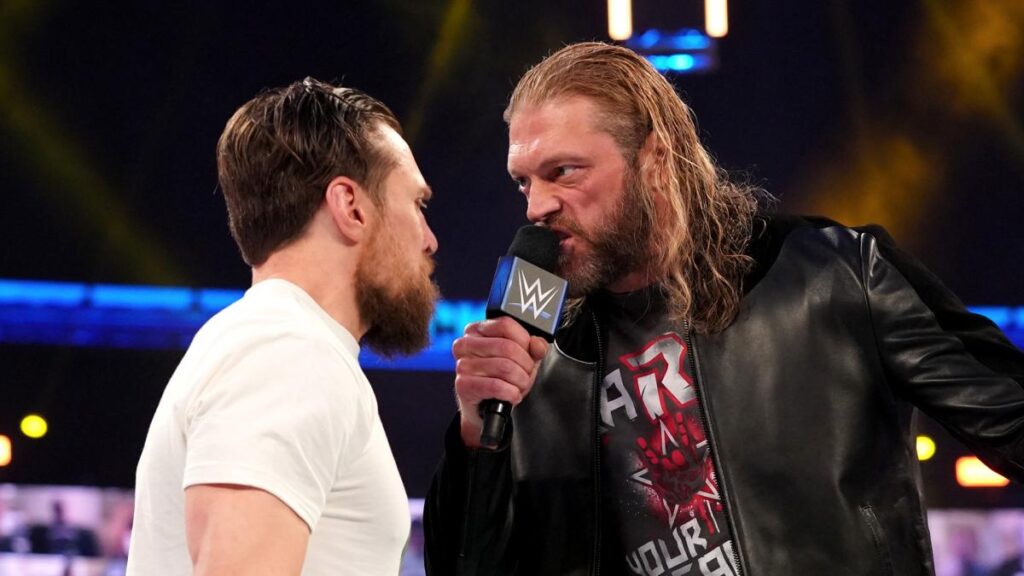 That being said, Edge vs Reigns in a singles contest won’t happen and thus the 2021 Royal Rumble match winner lost his opportunity to meet the champion in a one-on-one capacity. So we just can’t blame Edge for snapping on SmackDown and take his frustrations out on both the opponents.

As seen last week, the Rated R Superstar confirmed his heel-turn as he attacked both Bryan and Reigns. Following Spears and chair shots, he wanted to hit con-chair-to to them but Jey Uso and WWE officials made the save for the victims. But the officials paid the price by digesting some blows with the chair. We wonder whether there will be penalties waiting for Edge for putting his hands on the officials.

Last week’s SmackDown has also confirmed that Kevin Owens will compete against Sami Zayn on the Night 2 of WrestleMania 37. To make things more interesting, a celebrity is being injected into the storyline. Zayn revealed that Logan Paul (Internet Personality & Boxer) will appear on this week’s SmackDown for the Red Carpet Premiere of his documentary footages.

According to the Wrestling Observer, Logan Paul will be involved in the Owens vs. Zayn match at WrestleMania 37. Although not confirmed, his role should be something like a special guest referee or ring enforcer which should be revealed, tonight. That being said, Bad Bunny won’t be the only celebrity to be a part of the Show of Shows, this year.

Another non-title match confirmed for WrestleMania 37 is Seth Rollins vs Cesaro as these two are involved in a feud for over several weeks. Rollins issued the challenge on SmackDown which was accepted by Cesaro but in style as he dazed out Rollins with the Swing, backstage. The Messiah is irate about it and he must be coming after the Swiss Superman with a vengeance.

The feud over SmackDown Women’s Title Match is heating up with Sasha Banks and Bianca Belair moving to different pages with each passing week. The last time we saw them, Banks stood tall by delivering a Backstabber on her WrestleMania challenger. Will the EST of WWE manage to make a comeback, this week and deliver a statement? We’ll find out when Friday’s hottest comes with the latest episode.