WWE Smackdown will continue the builds for Hell in a Cell as no matches for the PPV from their side have been announced. We expect some announcement in this aspect while a massive main event match is also scheduled to happen. For the first time in over a year, the veteran Uso brothers will feature in a tag team action as the show emanates from the Yuengling Center in Tampa, Florida.

Last week, Jimmy Uso approached WWE Official Sonya Deville and ask her to make a match where he wanted to team with brother Jey Uso for a match against The Street Profits – Montez Ford and Angelo Dawkins. Deville liked the idea and she confirmed the match which was confirmed for this week’s Smackdown.

The Usos have not teamed up since losing to Big E and Kofi Kingston on the March 27, 2020, SmackDown episode. Jimmy suffered a knee injury at WrestleMania 37 in 2020 who recently returned to action that was a DQ loss to Cesaro on the May 14 episode.

While Jimmy told Deville that The Usos are ready to get back together to prove why they are the best tag team of the century, Jey was offended by the fact that the match was made without his permission. Jey had a conversation with the Universal Champion Roman Reigns as the storyline tension between the latter and Jimmy continues. The assumption is WWE will probably be moving forward with Jimmy vs Reigns at Hell in a Cell for the title.

At Wrestlemania Backlash, Roman Reigns defeated Cesaro in order to retain his belt. He was all boastful about it, last week on Smackdown. Despite an injury, the Swiss Superman emerged to challenge The Head of the Table to a rematch. But that wasn’t a smart move from him. 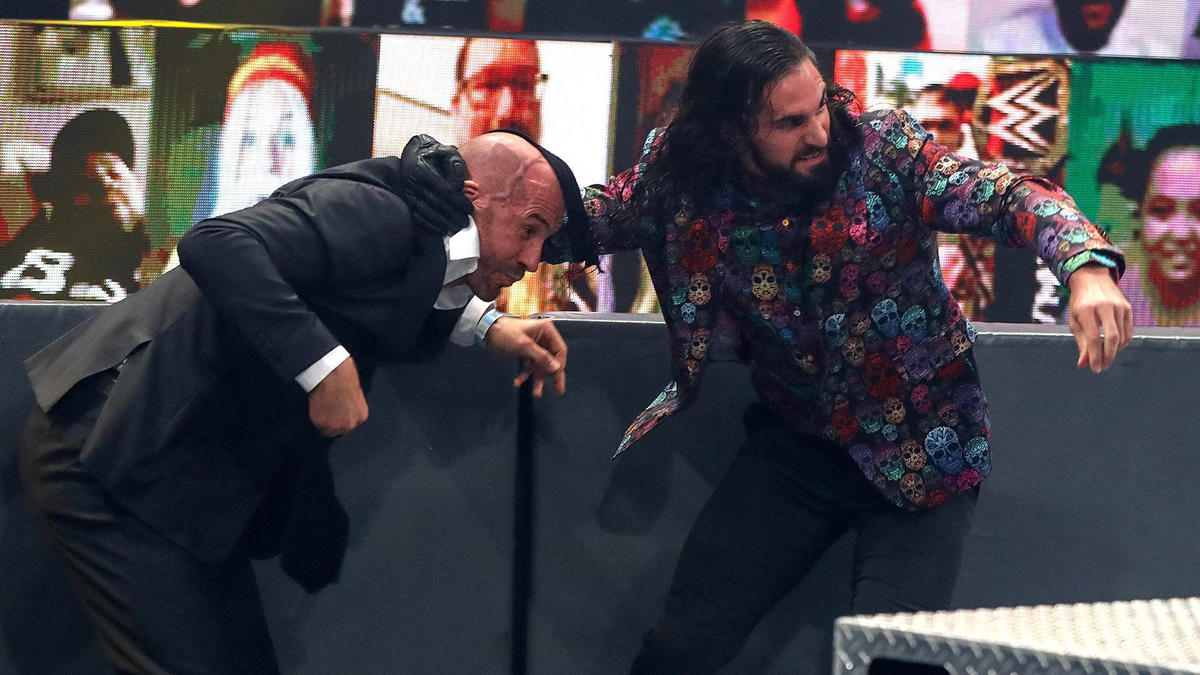 Seth Rollins was lurking around who pounced on Cesaro with another vicious attack on his current rival. It eventually led the WWE officials to stretcher out a laid-out Cesaro. The angle that is unfolding since Wrestlemania 37 has reached a boiling point, needs to culminate in a big manner. So we can expect these two to lock horns inside the Hell in a Cell cage. 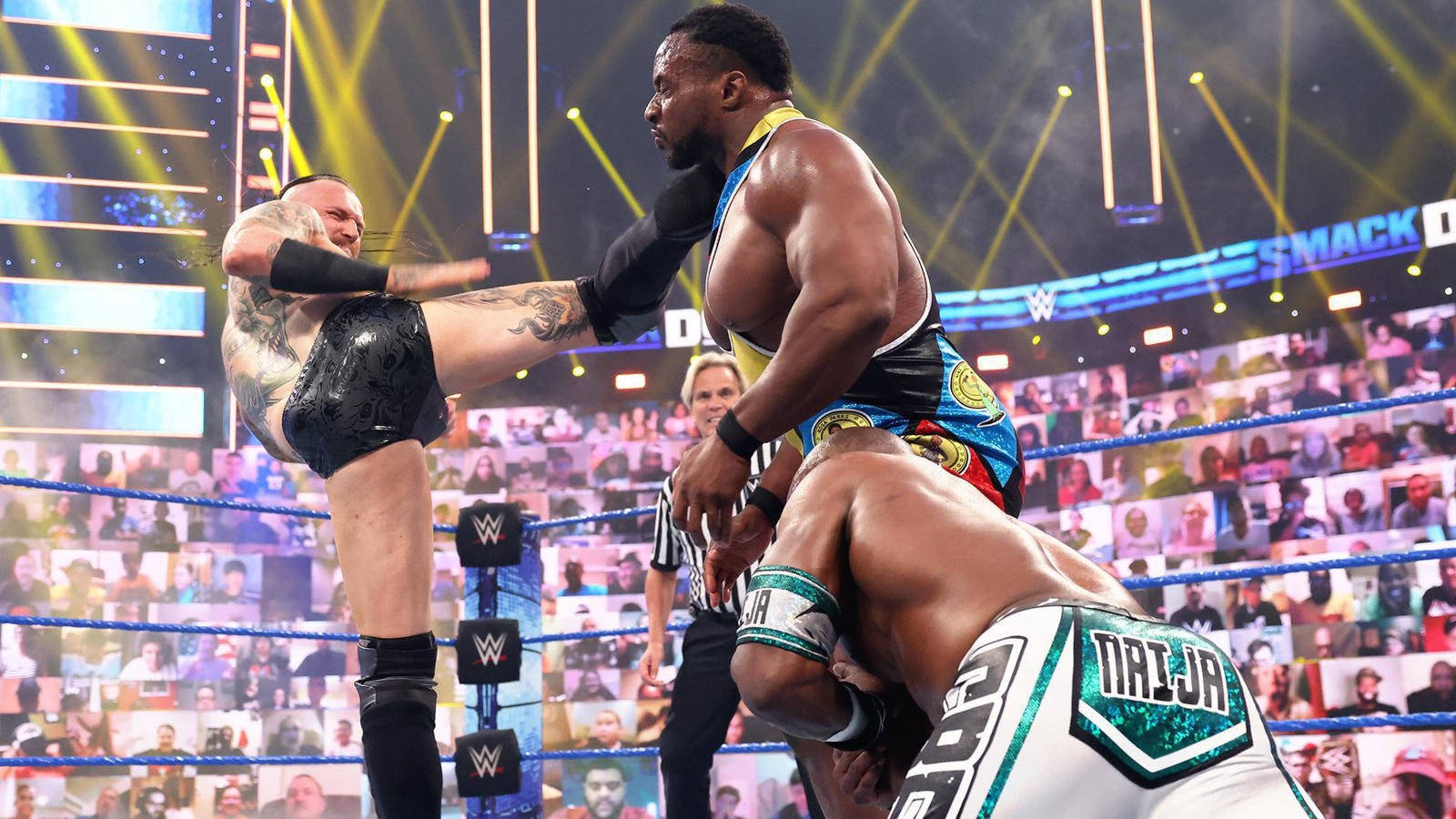 The Intercontinental Champion Apollo Crews took on Big E, Kevin Owens, and Sami Zayn in a huge Fatal 4-Way Match while defending his title in the biggest and toughest defense of his reign. E was inching closer from dethroning him when everything fades to black.

After weeks of airing vignettes, Aleister Black finally made his return on Smackdown targeting Big E. Black delivered the earth-shattering Black Mass to The Powerhouse of Positivity, allowing Crews to pin Big E and retain his title. That being said, Black and E will move into a fresh feud on Smackdown while we expect Kevin Owens to become the new number-one contender for the mid-card title.