‘Rowdy’ Ronda Rousey appeared on this week’s WWE Smackdown with a championship in her hand for the very first time. Being the top babyface superstar, she was quick to put her title on the line and it was the newest WWE main roster entrant, Raquel Rodriguez who appeared to be her opponent. The two got involved in a title match in which Ronda was able to retain her belt.

But in the end, Raquel Rodriguez has ended up receiving a lot of praise on social media for her performance against WWE SmackDown Women’s Champion Ronda Rousey on this week’s episode that aired from Wilkes-Barre, Pennsylvania.

Ronda Rousey To Team Up With Her Best Friend For The First Time On WWE TV? 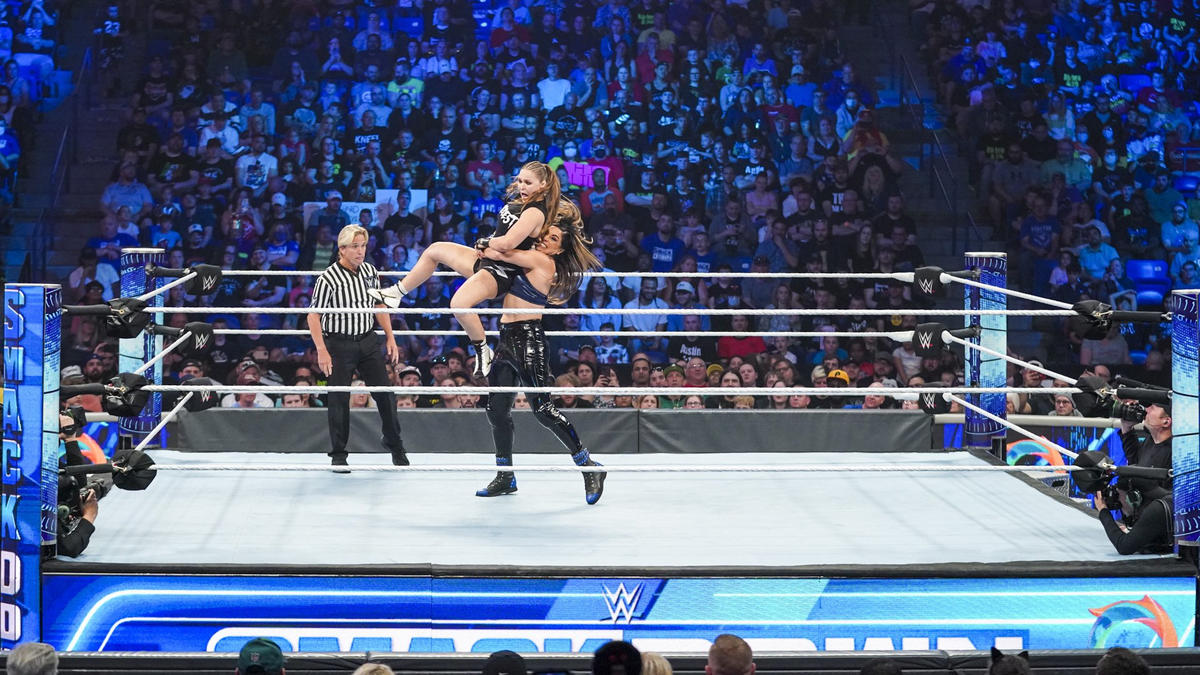 For those who are unaware of the happenings from the show, Ronda Rousey issued an Open Challenge for the WWE SmackDown Women’s Championship and it was Raquel Rodriguez who came out and accept it. It was the challenger who dominated most of the match that lasted for nearly 6 minutes. Gonzalez executed some of her signature power moves.

But eventually, Rousey managed to escape a Chingona Bomb attempt to pin Rodriguez with a roll-up combination. The soft win may indicate that Rodriguez may be able to secure another rematch over the title in due course.

After the match, Rousey and Rodriguez showed respect to each other with a handshake. Gonzalez also pointed out how she came this close to winning the WWE SmackDown Women’s Title. Rousey nodded and made her exit. After such a top-notch match, fans at the Mohegan Sun Arena in Wilkes-Barre also gave the two women a standing ovation. Rousey also featured in a post-match photoshoot with her daughter after the championship retention.

Ronda Rousey won WWE Smackdown Women’s Title at this past Sunday’s Wrestlemania Backlash PLE by forcing Charlotte Flair to utter the words I Quit. This is the first time that she got in the hold of the blue brand women’s title. 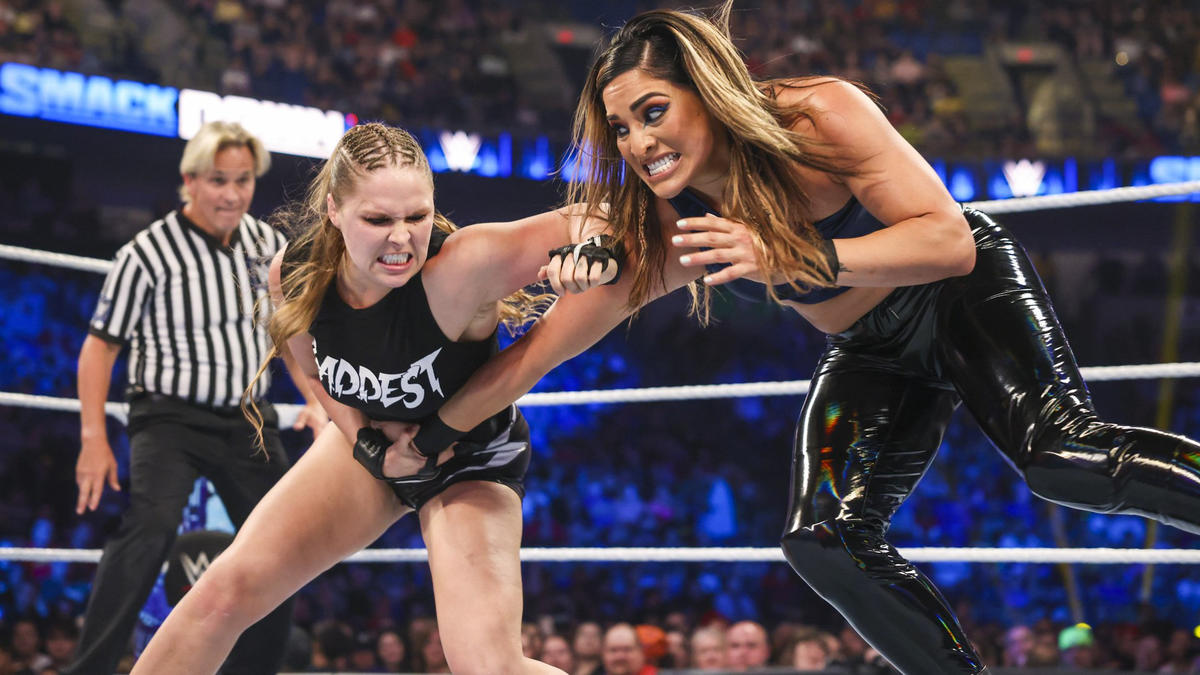 As for Raquel Rodriguez, she must be very happy with her position on WWE Smackdown. Speaking on Busted Open Radio, she recently revealed how she was instructed to smile as much as possible during her TV appearances,

But the thing that they asked for me was to smile, so I honestly, at this point in my career, I feel comfortable doing both [smiling and being intimidating].” (quotes courtesy Wrestling INC)