WWE originally had the tag team title unification match set for WrestleMania Backlash this past Sunday, but that match was changed to a six-man tag team non-title match where The Usos and Undisputed WWE Universal Champion Roman Reigns teamed up to defeat Riddle, Randy Orton, and Drew McIntyre. 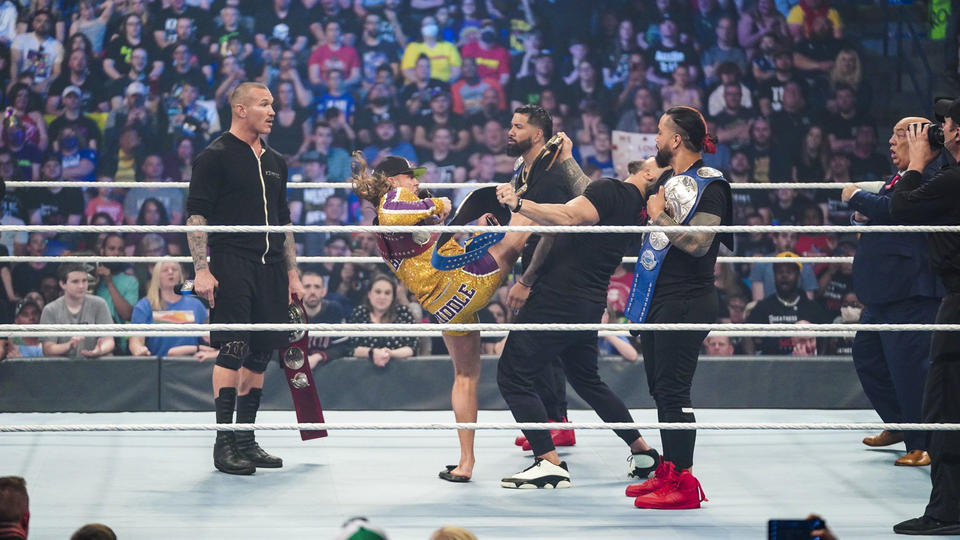 Team RK-Bro then appeared on this week’s SmackDown and demanded an answer to their challenge for the tag team title unification match. Sami Zayn appeared in an attempt to speak on behalf of The Bloodline. Riddle defeated Zayn in a singles contest on the show with the stipulation being that if Riddle wins then he will get to secure the tag team title unification match on his behalf.

In the main event segment of SmackDown, The Bloodline came out to brag about their win at Wrestlemania Backlash main event. RAW Tag Team Champions RK-BRO then came out and confronted them to demand the answer to their earlier issued challenge.

After a back and forth verbal encounter, The Usos accepted the challenge but they said that the tag team title unification match would take place next Friday. The Usos then bragged about how each member of The Bloodline will have two title belts after next week’s SmackDown.

Reigns then raised both of his world championship belts in the air and when Riddle landed a knee strike to his face as the champion was covered by the belts being held high. Team RK-Bro quickly retreated from the ring and looked on from the ramp as The Bloodline was seemingly angry with the happening in the ring. This segment ended this week’s Smackdown. 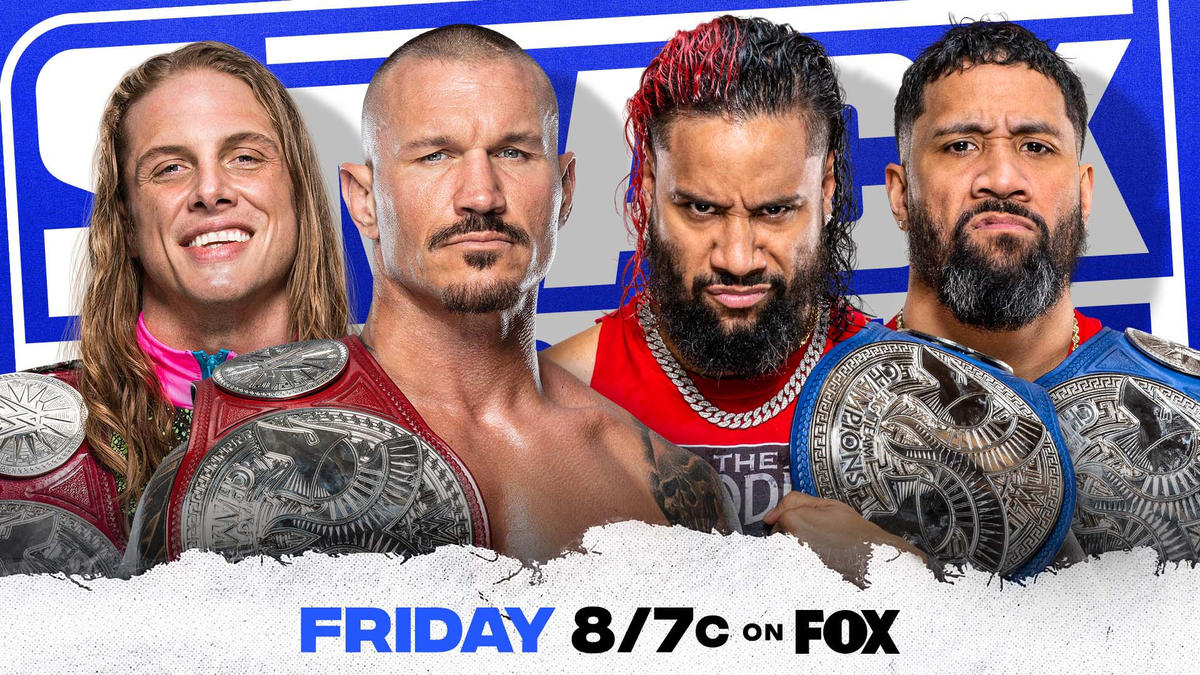 After the show, WWE officially announced the tag team title unification match for next week on their website. It will be interesting to see if WWE actually unifies the Raw and Smackdown tag team titles, next week. Previous reports already claimed that there was no plan to unify the titles even though RK-Bro vs. Usos was announced for WrestleMania Backlash 2022.

MS Dhoni has ended all the speculations surrounding his future in the Indian Premier League (IPL).

Covid-19 has hit the New Zealand camp ahead of their upcoming three-match Test series against England.

McCullum’s England Test revolution will have to wait a while