Pakistani wicketkeeper-batsman Mohammad Rizwan registered his name in history as he became the first-ever batter to reach 2000 runs in a calendar year. Carrying on his sublime form in the year 2021, he scored another fine knock of 45 ball-87 in a huge run chase against West Indies at Karachi.

That knock takes his Year-2021 tally to 2036 runs in all T20 games this year. His opening partner and Pakistan’s captain Babar Azam also took his tally to 1779 T20 runs in this calendar year. Previously this record of most T20 runs in a calendar year was held by Chris Gayle who scored 1665 runs in the year 2021.

Indian Test Captain Virat Kohli holds fourth place in this list, scoring 1614 runs in the year 2016 in which he received the Man of The Tournament Trophy in the T20 World Cup and also scored 973 runs in IPL that season.

In the 3rd T20I against West Indies, Pakistan chased down the huge target of 208, thanks to a 158-run partnership between Babar Azam and Mohammad Rizwan. With that partnership, this pair also held the record of most century partnerships (6) in T20Is. Previously they held this record jointly with the Indian pair Rohit Sharma and KL Rahul.

With this win, Pakistan clean swept the T20I series with 3-0. However, the 3-match ODI series has been postponed to June 2021 as 6 players in the West Indies camp had been tested Covid positive during the T20I series.

Also Read: Mohammad Rizwan, The Highest 2021 T20I Run-getter, Credits Management And Skipper Babar Azam For Promoting Him As An Opener

KL Rahul, the India stand-in ODI skipper on Tuesday said that it would be a huge responsibility for him if

Rohit Sharma Should Lead India Across All Formats: Gautam Gambhir

West Indies and Sri Lanka will face each other in the second or last game of the two-match Test series from this Monday (29th March) at Sir Vivian Richards Stadium (North Sound, Antigua).

In their first innings, apart from Cornwall’s late half-century, John Campbell (42), Kyle Mayers (45) and Joshua Da Silva (46) also scored the 40s. During the fourth innings, Nkrumah Bonner batted the entire fifth day and scored 113 not out while Kyle Mayers scored 52 not out.

West Indies have already won this ODI series by the 2-0 margin as they won the first game by 8 wickets and the second match by 5 wickets. While they have a great chance to complete the whitewash, Sri Lanka will desperately try to avoid this whitewash.

Currently, the Caribbean side is leading this series by 1-0 as they comfortably won the series-opener by 8 wickets. After Sri Lanka were all out for 232 runs, West Indies chased down that target in 47 overs after losing two wickets.

In this series opener, West Indies bowlers failed to provide an early breakthrough as skipper Kieron Pollard got the first wicket of that match with a brilliant return catch on his own bowling. But then the Caribbean bowlers were mostly disciplined as the visitors totally struggled since then.

West Indies openers Evin Lewis and Shai Hope made the chasing easier by setting up the opening partnership of 143 runs. While Lewis was dismissed after scoring 65 runs, Player of the Match award winner Shai Hope scored 110 off 133 balls (12 fours and 1 six). The next batsmen Darren Bravo (37*) and Jason Mohammed (13*) comfortably finished that game.

Sri Lankan openers Danushka Gunathilaka and skipper Dimuth Karunaratne provided a solid start with the 105 runs partnership as Gunathilaka scored 55 and the captain scored 52 runs. But most of their other batsmen failed to score good runs except the debutant Ashen Bandara who scored 50 runs.

Among the Sri Lankan bowlers, only Dushmantha Chameera (2/50) got a wicket in that game.

On Sunday (7th March) evening, the hosts West Indies and the tourists Sri Lanka will face each other at Coolidge Cricket Ground (Antigua) in the third or last match of the three-match T20I series.

This series is currently standing in the balanced position with a 1-1 margin where the hosts won the first T20I by 4 wickets and the visitors claimed a 43-run victory in the next match.

Among their bowlers, Dwayne Bravo and Obed McCoy took three wickets each in two matches.

Pathum Nissanka, who made his international debut in this series, is currently the leading run-scorer in this series by scoring 76 runs in two innings (39 and 37 runs). Danushka Gunathilake scored a half-century (56) in the last game.

Wanindu Hasaranga has taken six wickets as he took three wickets each in both matches. Akila Dananjaya took a hat-trick in the first T20I but ended that game in a very expensive way (3/62), majorly due to conceding six sixes in an over to Kieron Pollard. But in the next match, Dananjaya managed the cheap bowling figures of 4-0-13-1. Also, Lakshan Sandakan had bowling figures of 3.4-0-10-3 in the last game.

On Friday (5th March) night, West Indies and Sri Lanka will meet at Coolidge Cricket Ground (Antigua) in the second match of the three-match T20I series.

At present, the Caribbean team is leading this series by 1-0 with two to go. They won the T20I series opener by 4 wickets at this same venue.

The Caribbean bowlers were totally under control in the T20I series opener where Obed McCoy (2/25) was their only bowler to take more than one wicket in that match.

In that game, captain Kieron Pollard hit six sixes in an over of Akila Dananjaya as Pollard scored 38 off just 11 balls. Jason Holder, who also took one wicket (1/19), safely guided the team to the victory by scoring 29 not out off 24 balls. Though Chris Gayle and Nicholas Pooran scored golden ducks in that game, cricket fans can expect big scores from them in the upcoming match. Openers Evin Lewis (28 off 10 balls) and Lendl Simmons (26 off 15 balls) provided firing starts for the hosts in that game.

In the T20I series opener, only Niroshan Dickwella (33) and debutant Pathum Nissanka (39) scored 20+ runs in their innings.

The second and final Test of the series between the hosts Bangladesh and the visitors West Indies will start on this Thursday (11th February) at Sher-e-Bangla National Stadium (Mirpur, Dhaka).

Currently, West Indies are leading this Test series by the 1-0 margin with one to go as the visitors snatched a brilliant three-wicket victory in the opening game of this Test series at Chattogram. 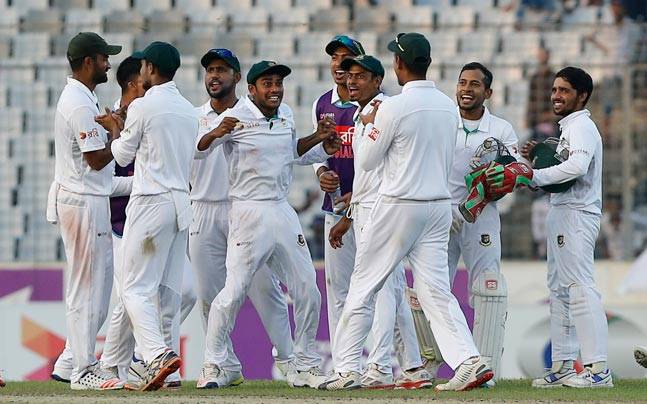 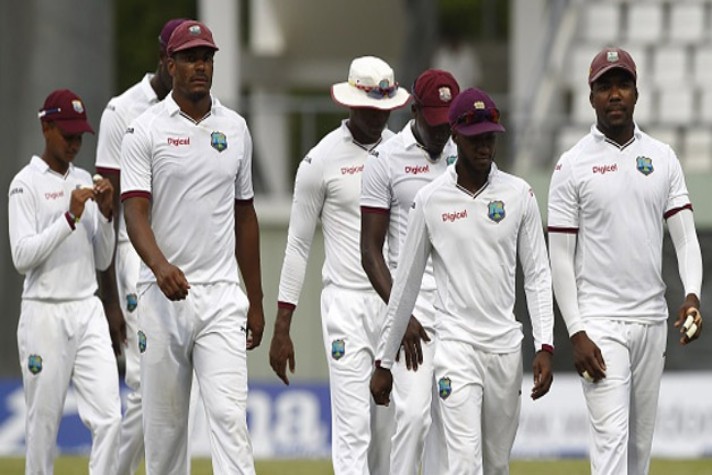 Also, captain Kraigg Brathwaite and Jermaine Blackwood scored one half-century each during the visitors’ first innings in that Test.

Among their bowlers, left-arm spinner Jomel Warrican impressed by picking up a total of seven wickets in that Test (4/133 & 3/57).

The hosts Bangladesh will take on the visitors West Indies in the first game of the two-match Test series from Wednesday (3rd February) morning at Zahur Ahmed Chowdhury Stadium (Chattogram).

This Test series will be a part of the inaugural ICC World Test Championship. Before this Test series, they just completed the three-match ODI series where the hosts Bangladesh won the series by the 3-0 margin.

As all-rounder Shakib Al Hasan is fit, Bangladesh will start this Test series with the strong side. Shakib won the Player of the Series award for his brilliant all-rounder performances in the recently concluded ODI series against West Indies. Tamim Iqbal, captain Mominul Haque and Mushfiqur Rahim are the other big names in Bangladesh batting line-up.

Meanwhile, spinners Mehidy Hasan Miraz and Taijul Islam can play the big roles with the ball in hand along with Shakib Al Hasan. Everyone will also put a keen eye on the left-arm pacer Mustafizur Rahman.

Captain Kraigg Brathwaite, John Campbell and Jermaine Blackwood are the big names in this batting line-up. In the recently concluded three-day warm-up match against BCB XI, Campbell (44 & 68), Brathwaite (85) and Nkrumah Bonner (2 & 80) impressed with their bats. Meanwhile, Blackwood (216 runs in 4 innings) was the leading run-scorer for West Indies during their previous Test series against the hosts New Zealand, including the knocks of 104 and 69 runs.

In the warm-up game against BCB XI, Rahkeem Cornwall claimed a fifer (5/47), while the left-arm spinner Jomel Warrican got three wickets in an innings (3/25). Also, Raymon Reifer (49* & 2/7) impressed with his all-rounder performances in late period of that match.

On Monday (25th January), the third ODI between the hosts Bangladesh and the visitors West Indies will be played at Zahur Ahmed Chowdhury Stadium (Chattogram).

The inexperienced Caribbean side is really struggling in this ODI series. Only two West Indies batsmen have reached the 30-run mark once each in this ODI series and these batsmen are Kyle Mayer (40 in the first ODI) and Rovman Powell (41 in the second ODI). Meanwhile, only the left-arm spinner Akeal Hosein managed to pick up more than one wicket in an ODI innings of this tour (3/26 during the first ODI).

The hosts Bangladesh will face the visitors West Indies in the second ODI of the three-match ODI series on Friday (22nd January) at Shere Bangla National Stadium (Mirpur, Dhaka).

Bangladesh have made a good start in this ODI series, which is also a part of the 2020–23 ICC Men’s Cricket World Cup Super League. On last Wednesday (20th January), during the first game of this ODI series, Bangladesh bundled out the visitors for just 122 runs and the hosts chased down that target in 33.5 overs after losing four wickets.