World Cup favourites France stepped up their preparation for the World Cup in style by beating Italy 3-1.

Barcelona defender Samuel Umtiti opened the scoring after just eight minutes from the rebound from a Kylian Mbappe shot, before Antoine Griezmann added a second from the penalty spot following a foul on Lucas Hernandez by Rolando Mandragora. Italy managed to pull one back before the break through Leonardo Bonucci. 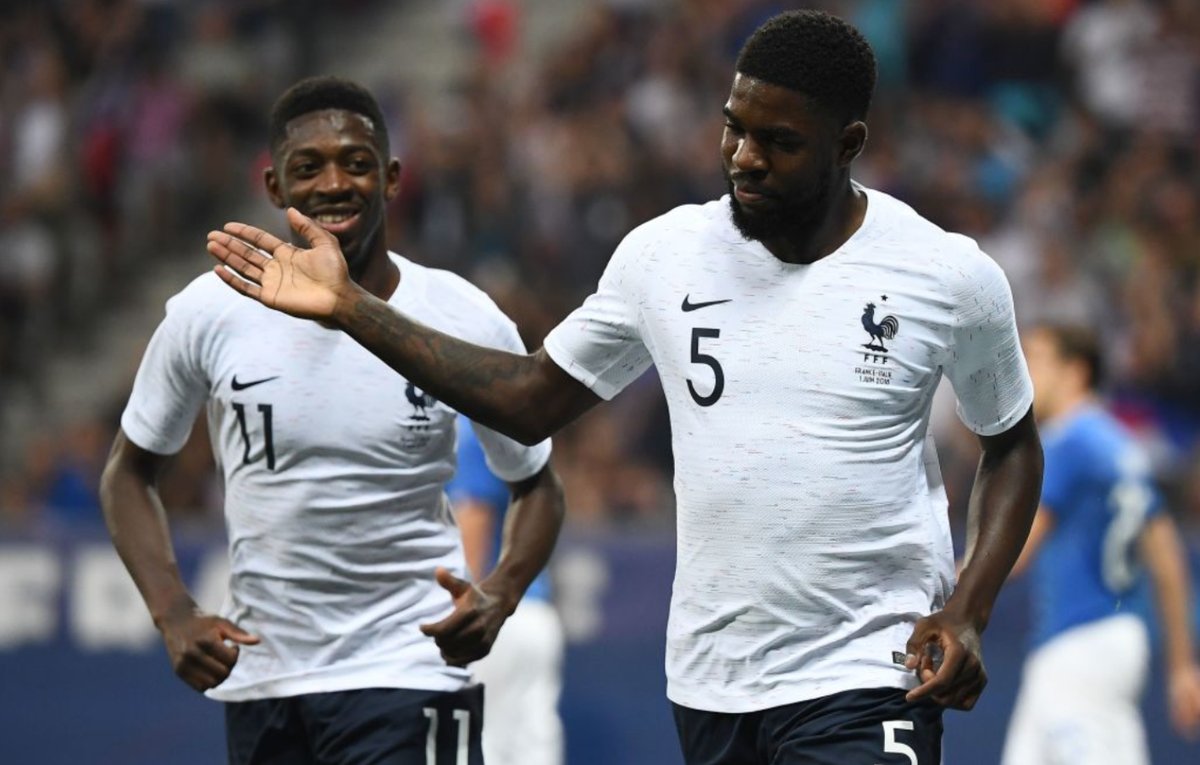 However, Ousmane Dembele put the game beyond Italy’s reach with a stunning goal in the 63rd minute. The Barcelona star found the back of the net with a sublime first-time shot into the top corner minutes after he had been denied by the post.

In another game, Turkey salvaged a 2-2 draw with Tunisia through a last-gasp equaliser.

Cenk Tosun gave Turkey the lead from the spot with a 54th-minute penalty. The lead, however, lasted only two minutes as Anice Badri fired in the equaliser. Tosun was then shown a red card after the Everton star left the pitch to argue with fans. Ferjani Sassi put Tunisia in front, but Turkey levelled in the last minute through Caglar Soyuncu’s quickly taken free-kick.

Egypt, without their talisman Mohamed Salah, played out a 0-0 draw with Colombia in Cairo. The South American opponents enjoyed the majority of the possession but failed to find the goal.

Radamel Falcao and James Rodriguez missed first-half chances for the visitors. The second half did not produce any clear cut chances for either sides.

Australia, on the other hand, registered a record 4-0 win over Czech Republic.

Herth Berlin forward Mathew Leckie scored twice to lay the foundation for the win. Leckie put Australia in front in the 32nd minute before Urawa Diamonds striker Andrew Nabbout extended the Socceroos’ lead. Leckie grabbed his second in the 72nd minute and Jakub Jugas put the icing on the cake.

Visca handed the visitors the lead in the 28th minute, but Lee Jae-Sung found a reply almost immediately as he dinked in their equaliser. But just before the break, Visca restored Bosnia’s lead before completing his hat-trick with just over 10 minutes remaining.

An 89th-minute penalty from Guran Kashia secured Georgia a narrow 1-0 victory against Malta.