We are on the verge of getting the annual Extreme Rules PPV on this Sunday which brings the tenth edition of the show. Ironically, the city of Philadelphia is hosting this event which is synonymous with extreme wrestling. So unarguably it will bring more such hardcore moments for the WWE fans.

As we look forward to the pay-per-view, it’s the best time to revisit some of the moments that makes this one the most extreme night of the year. Over the years, these are the matches that made this event become infamous and one of the most popular gimmick-based shows. So here are the top 5 Extreme Rules matches in WWE history. 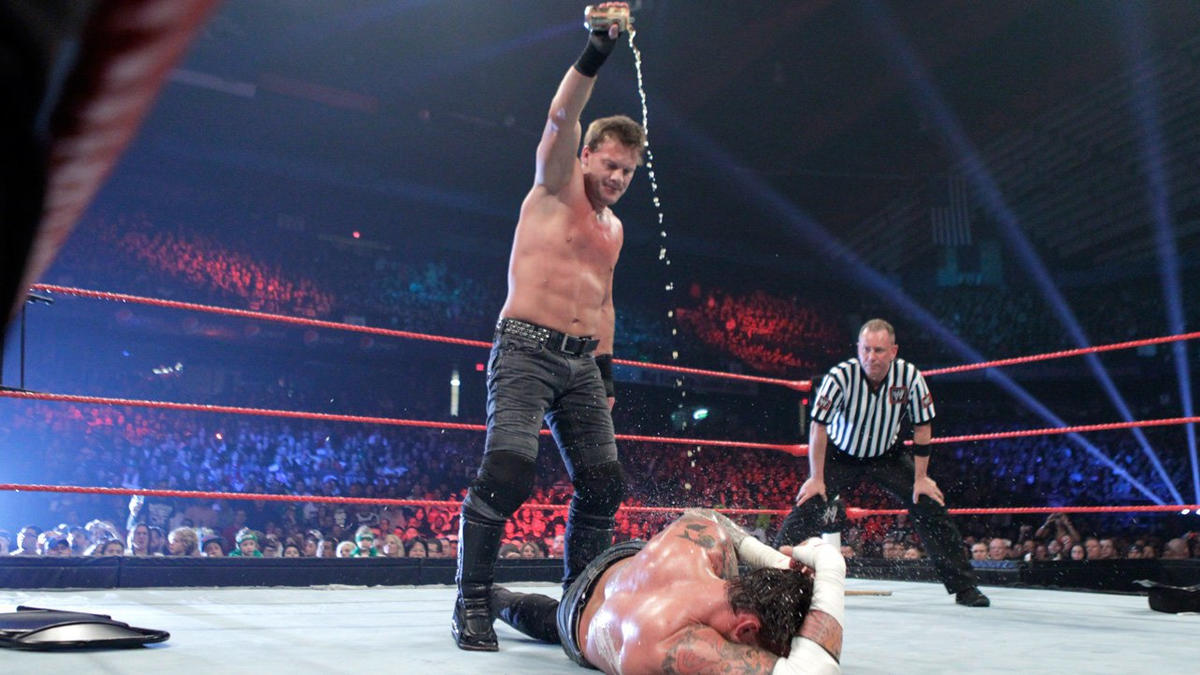 The feud between these two superstars started with the issue of alcohol consumption and substance abuse since Punk was a Straight-Edge superstar. He never touched alcohol or drug where heel Y2J was on a mission to prove it wrong. The interesting storyline produced a Chicago Street Fight where both men appeared in street clothes to make the environment feel real.

Kendo sticks, steel chairs, announce tables and exposed turnbuckles came into play during the bout. Jericho even poured beer onto Punk to give him a taste of it. The two were basically up to erasing the distasteful memory of their Wrestlemania 28 match. Punk took the hometown advantage and ended the match with an exposed turnbuckle-assisted GTS, followed up bt a regular GTS making it a must-see in the list of top 5 Extreme Rules matches in WWE history.

Paul Heyman On Becky Lynch As A Heel