Alexa Bliss has been playing a creepy role on WWE TV since last summer and she continues to grow mastery over her opponents with her strange acts. The past association with The Fiend Bray Wyatt managed to establish her as someone who possesses supernatural powers. Then Lilly entered the scene to bring violence out of her which may not be appreciated by all.

While a portion of the fans has been throwing a lot of criticism over the current character played by Alexa Bliss, she seems not to be much bothered about it. She admittedly wanted to work with Wyatt’s demonic version in the past. Now that she has been through the experience, WWE has converted her into a force of her own. The veteran is having quite the fun with her gimmick, it appears.

There have been a lot of mixed reactions over how WWE has booked Alexa Bliss for the past year and the various changes her character has experienced. The criticism continued this week as she brought more trances and mind games on WWE TV programming. The former champion took to Twitter, recently and said that she’s actually having fun with the gimmick.

“They can say what they want… but I’m actually having fun,” she wrote.

They can say what they want… but I’m actually having fun pic.twitter.com/5B5dz8koZ3

As seen on Raw, Alexa Bliss received a new entrance theme and graphics on the June 21 episode of RAW. Then she and Nikki Cross joined Asuka and Naomi as confirmed entrants in the 2021 Women’s Money In the Bank Ladder Match scheduled for the July 18 pay-per-view. There are 4 more spots that will be filled with SmackDown Superstars. 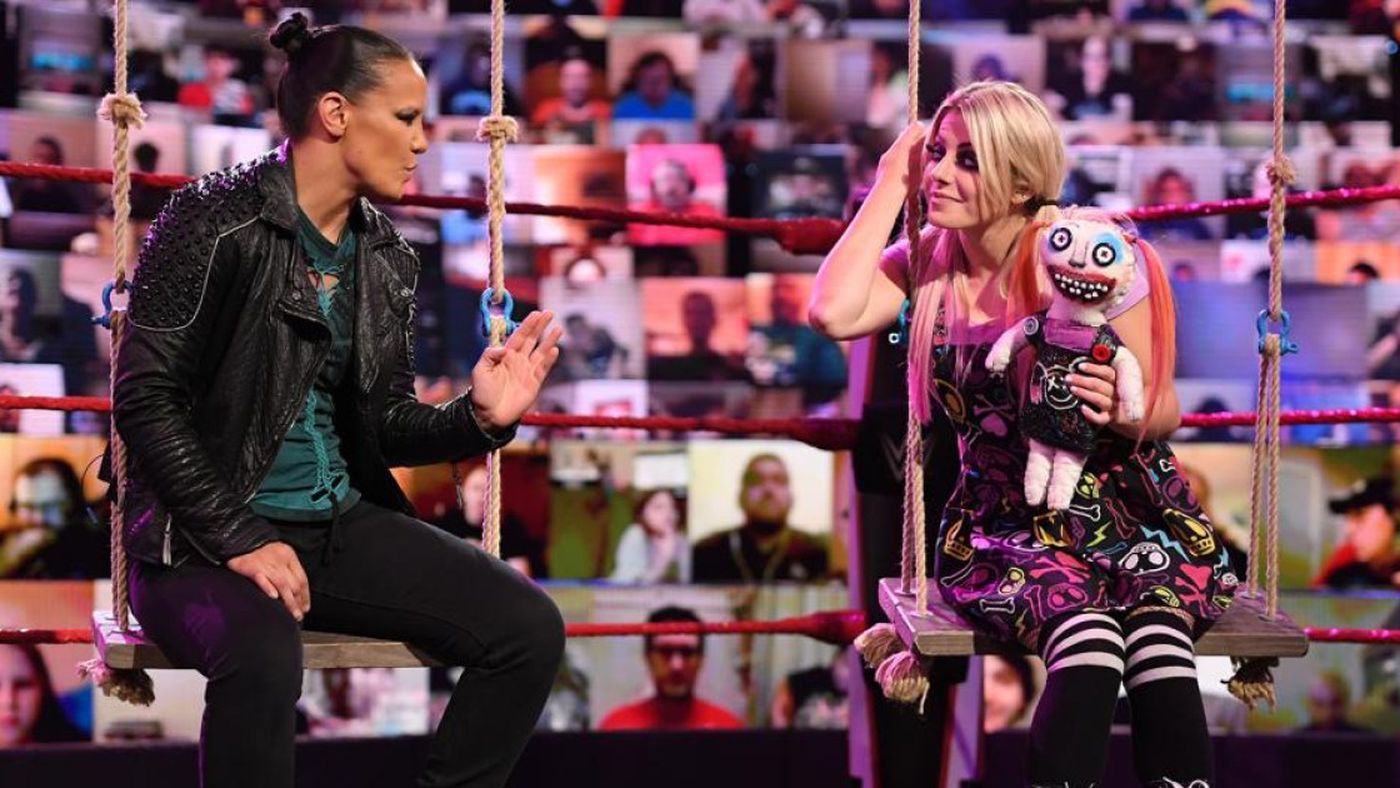 Alexa Bliss and Nikki Cross had been full-fledged allies for several months before Bliss transformed into this new character. The duo won the women’s tag team championships, twice but then The Goddess became a supernatural character which is the main reason why they have disbanded and focused on their singles career.

Alexa Bliss was kept out of action for a long time for the time being she was accompanying The Fiend Bray Wyatt into the ring. She was back in proper singles action in a women’s division match at WWE Hell In A Cell 2021 pay-per-view event where she fought Shayna Baszler. The five-time Women’s Champion defeated the former MMA fighter via clean pinfall in the shortest match of the night that lasted for about seven minutes.