Last week, it was already confirmed that Extreme Rules 2022 will feature the next title defense for Raw Women’s Champion Bianca Belair. Bayley was able to secure the title shot by pinning the champion during the six-woman tag team match at WWE Clash At The Castle. It was also the first time that Belair had been pinned in nearly a year.

This week on Raw, Bianca Belair came to the ring with Alexa Bliss and Asuka to kick things off. Belair blamed Bayley isn’t able to fight her battles on her own. Damage CTRL then interrupted as Bayley said that Bianca had been handed everything in her career.

The verbal encounter continued as The Role Model boasted about pinning Bianca at Clash at the Castle. She also claimed that the only reason that Belair has accomplished so much, is because she was out for a year. Bayley then challenged Belair to a Ladder Match at Extreme Rules 2022 for the RAW Women’s Championship. Previously, Bayley also made it clear that she specifically wanted the title match to happen at the PLE, only.

Bayley has been involved in a feud with Belair since returning from injury at WWE Summerslam alongside Dakota Kai and IYO SKY to create the Damage CTRL faction. The trio had delivered previous beatdowns on Belair due to which the latter found backups in the form of Alexa Bliss and Asuka.

Last week, Bayley defeated Bliss in a tag team match in the main event and then took the microphone to officially challenge Belair to a title match at Extreme Rules 2022. The champion was not in a state of responding but the match was officially announced. Now, it will be contested in a Ladder Match capacity. 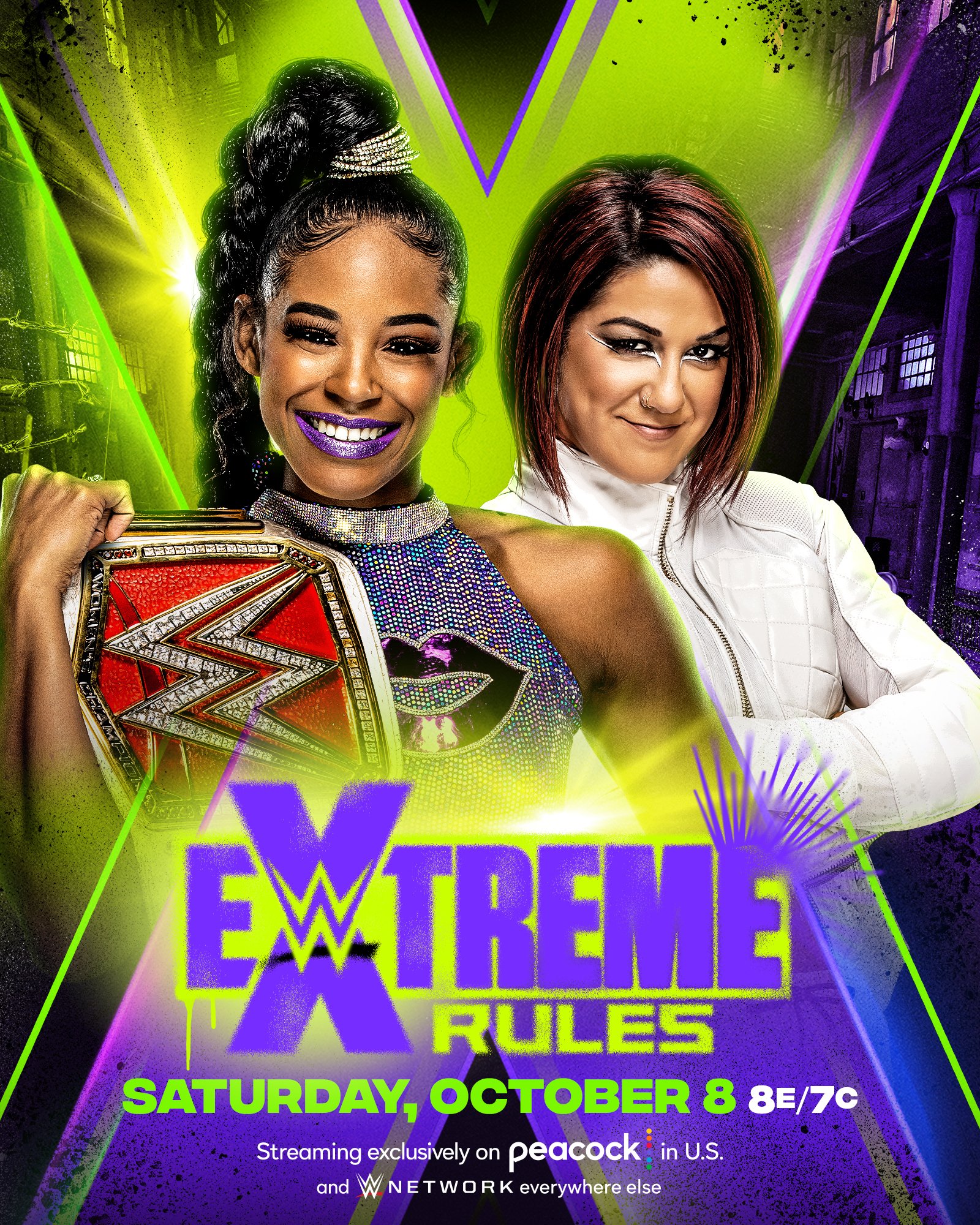 Extreme Rules 2022 takes place at the Wells Fargo Center in Philadelphia, Pennsylvania on October 8. The match card for the event goes as follows,