Earlier announced match for Rapper Bad Bunny at WrestleMania 37 has now been converted into a tag team match. The Miz and John Morrison will now team up against Damian Priest and Bad Bunny on Night One of the show.

WWE previously announced The Miz vs. Bunny in a singles match for WrestleMania 37 with the rumors of a tag match already being there. Then it was recently reported by the sources that Priest and Morrison were not announced for the match due to minor injuries. The same report also noted that the singles match could very well be turned into the tag team match if Morrison and Priest are able able to compete. 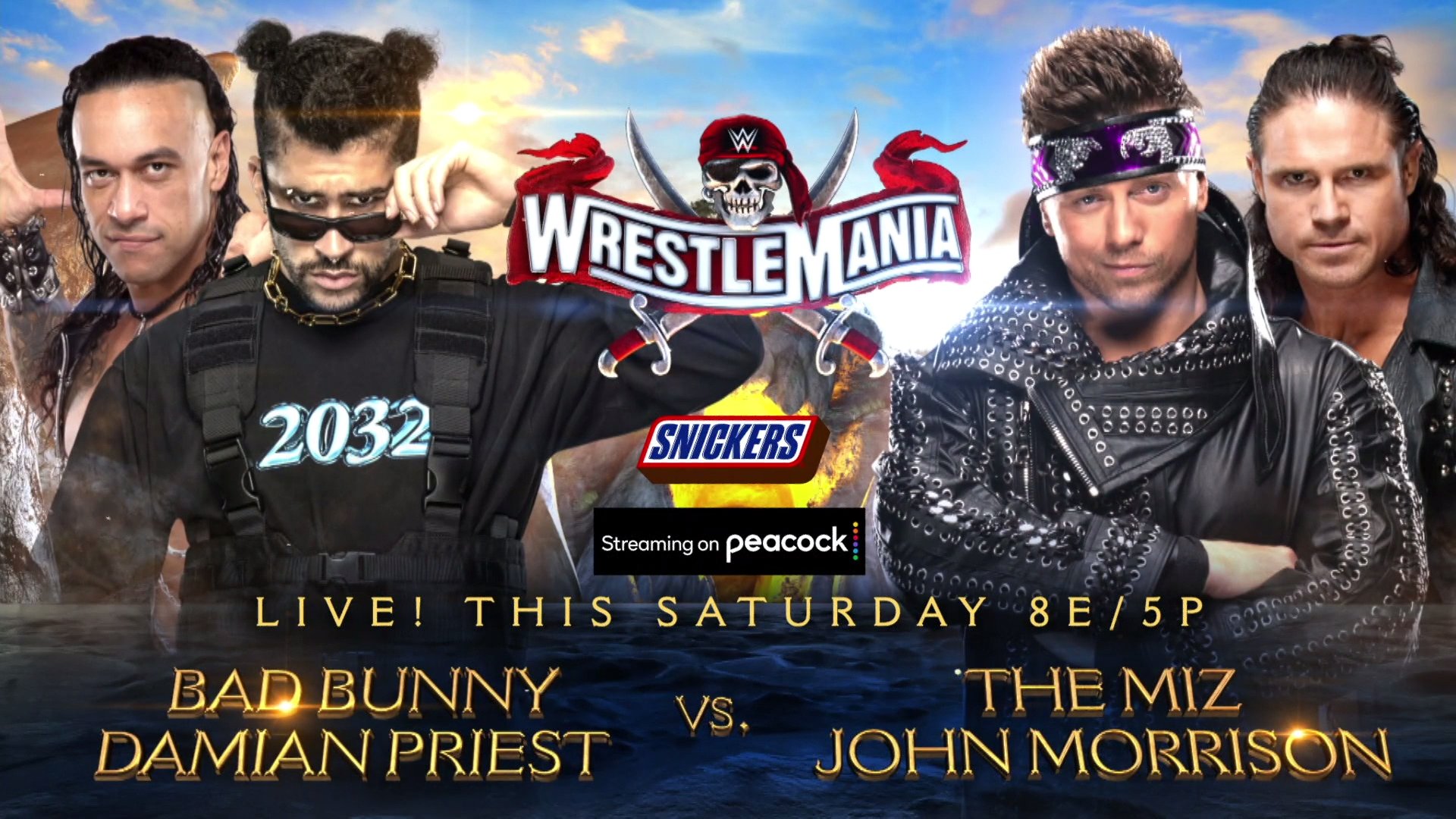 Since WWE has confirmed the match on Raw, it seems like they have been cleared just before the go-home edition for WrestleMania 37. The Miz and John Morrison used red paint to spray-paint Bunny’s $3.6 million Bugatti that he and Priest drove to the venue. Miz and Morrison also attacked Bunny as he was upset about the damage.

Later that led to Bunny and Priest appearing in the ring and issuing a challenge for the tag team match at WrestleMania 37. Miz and Morrison appeared on the big screen to accept the challenge.

WWE Wrestlemania 37: Major Spoiler On The Opening Contest With Outcome

WWE has also confirmed that Nia Jax and Shayna Baszler will defend their WWE Women’s Tag Team Championships at WrestleMania 37. The Night One of the show WrestleMania will feature a Tag Team Turmoil match comprising four teams – Lana and Naomi vs. Tamina Snuka and Natalya vs. Liv Morgan and Ruby Riott vs. Mandy Rose and Dana Brooke. The winners of the match will advance to Night Two to challenge Jax and Baszler for the titles. 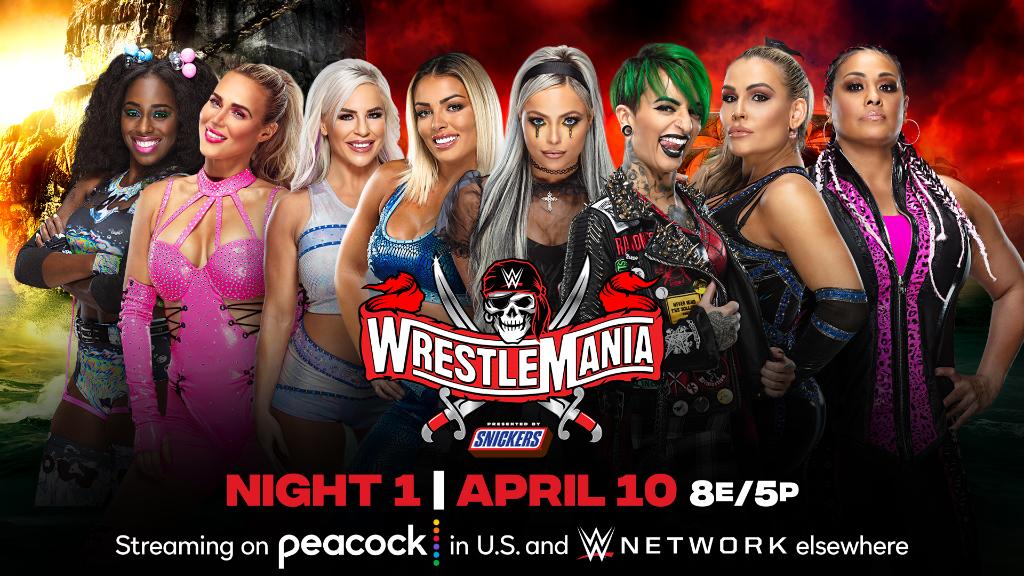 As teased on SmackDown, last week, Carmella and Billie Kay may also get involved in the number-one contender’s match. Kay appeared on this week’s RAW in a backstage segment with the other tag teams to point out that Carmella was reviewing her resume. So the Tag Team Turmoil could become a five-way match. The confirmation could be coming on this upcoming episode of SmackDown which would be a taped version from ThunderDome.

The Miz and John Morrison vs. Bad Bunny and Damian Priest

Nigerian Drum Match (Anything Goes, No Rules or Limits) for the WWE Intercontinental Title
Apollo Crews vs. Big E (c)