Ronda Rousey has been absent from WWE programming since WrestleMania 35 in 2019 on the night where she lost the RAW Women’s Championship to Becky Lynch in a Triple-Threat main event match. Following her loss, she went on a hiatus willing to start her own family. She had also broken her finger during that match meaning she had to opt for time-off, anyway.

As reported earlier, Ronda Rousey has started training sessions, potentially to wrestle again. She was sweating it out with WWE Hall Of Famer “Rowdy” Roddy Piper’s daughter, Teal Piper. Thereafter, she trained with former TNA World Heavyweight Champion James Storm who shared a photo of the two on Twitter and wrote the following:

“Big thanks to @rondarousey & @travisbrownemma for the invite to do a little wrestling around. I’ve met a lot of people that come from different sports but none besides @therealkurtangle that have the respect for pro wrestling like she does.”

Apparently, Ronda Rousey is training in the ring because WWE has planned a major match planned for her at WrestleMania 37. According to the reports of Wrestling News, Vince McMahon is planning to do her much-anticipated bout against Becky Lynch at the show of shows, next year. This could possibly be the main event of the show.

“Vince is hoping for Becky to be back in January or February to start the one on one feud with Ronda.

Vince wants WrestleMania to be the show that says ‘WWE is back’.

We can’t do Becky vs. Ronda in the Thunderdome with no fans. He wants the fans back and they will be back by the time WrestleMania rolls around,” mentioned the source.

Becky Lynch is due to give birth to her first baby with fiancée Seth Rollins in December. She is expected to be back in WWE by February. It’s assumed that The MAN would defy all the odds while making the quickest comeback to an in-ring return. None other than Ronda Rousey will be waiting to welcome her back and thus producing a dream match for the fans. 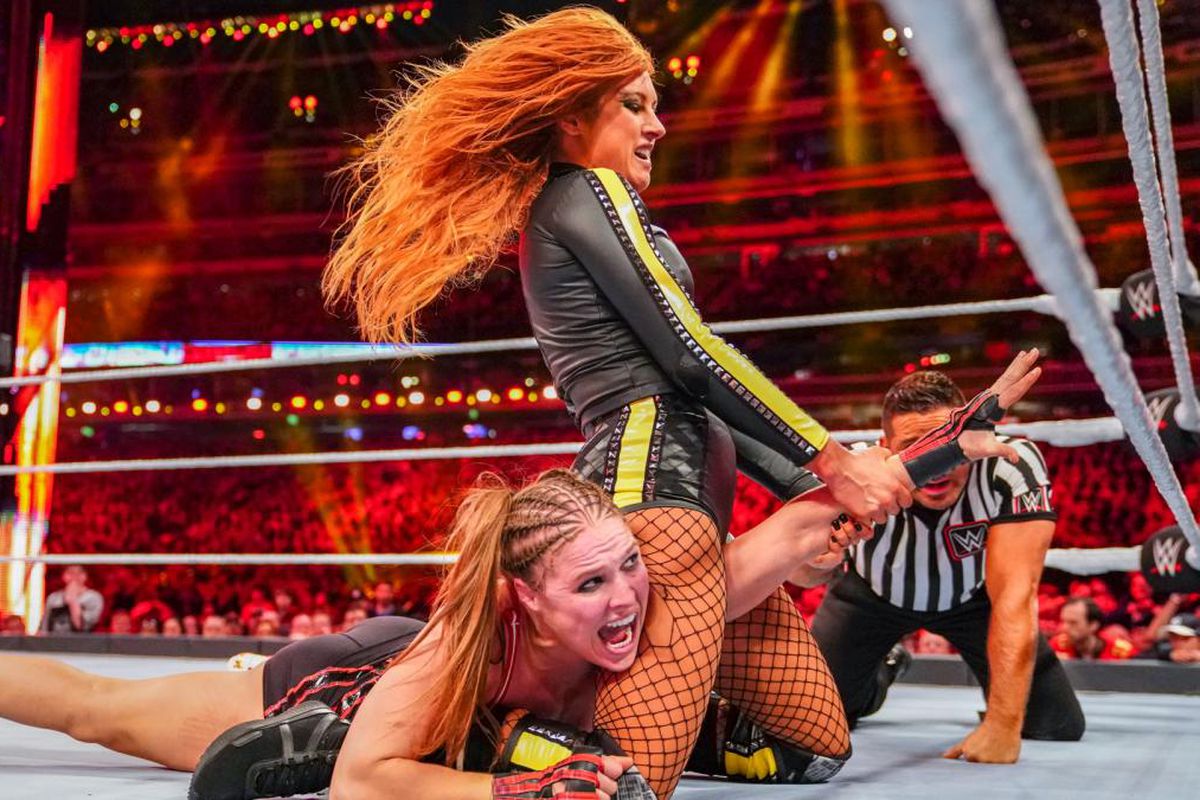 While speaking to the New York Post, the former Raw Executive Director discussed Ronda Rousey’s current situation. He mentioned how the deal would run out in April 2021. But WWE has either extended her deal or done something to make sure that an in-ring return, happens, smoothly,

“That’s another funny thing about people who don’t discuss their business in public forums. Everyone presumes that Ronda Rousey’s contract expires at a certain time. I don’t understand why people don’t realize that perhaps, just perhaps, Ronda Rousey’s contract has been extended or she has worked out a new deal and it would not benefit either WWE or Ronda Rousey to go public with that information. But why wouldn’t people understand that it would be kept secret?”